By Erulo'sBlog (self meida writer) | 1 months

Borrussia Dortmund seems to be keen on keeping Chelsea's target Erling Haaland this summer. Chelsea Football Club are reportedly weighing up a move for Real Sociedad forward Alexander Isak as a potential alternative to Erling Haaland, with head coach Thomas Tuchel having previously worked with the swedish star at Borrussia Dortmund Arsenal have also been linked with a move for Sweden star Alexander Isak who has a buyout clause of € 60 million and Sociedad say they don't want sell him at a loss. 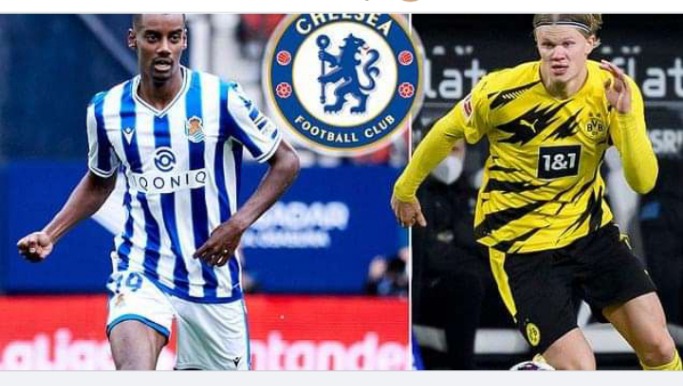 Isak is a top target for Chelsea Football Club this summer alongside some other players such as Harry Kane and Erling Haaland. Alexander Isak has impressed for Sweden at Euro 2020 and this has made Chelsea to monitor him closely and make bids to get him.

The Blues are desperate to sign a prolific striker this summer after Timo Werner struggled for goals and confidence during his first season at Stamford Bridge. However they are set to miss out on Haaland who looks set to remain at Dortmund for another season

The 21 year old thrived at Sociedad after a disappointing spell at Dortmund and scored 17 goals last season, he was also named Star of the Match in Sweden's win over Slovakia. Thomas Tuchel reportedly said Alex Isak is a very strong striker who can play his back toward goal and is strong in the combination. He also said it'll be great to have him in Chelsea.

Content created and supplied by: Erulo'sBlog (via Opera News )