By Victortonui (self media writer) | 1 month ago

Former Chelsea head coach Antonio Conte Cavaliere OMRI is an Italian professional football manager and former player. Playing as a midfielder, Conte began his career at local club Lecce and later became one of the most decorated and influential players in the history of Juventus. Conte has today deliver his verdict concerning Chelsea's midfielder Ross Barkley. 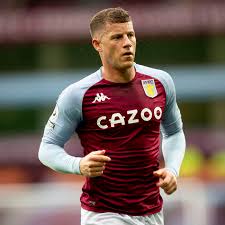 Speaking to the Italian football channel today evening, Conte claimed that Ross Barkley is an excellent footballer who should be playing not less than forty matches in a season. He suggested this by referring to how Ross Barkley impressed while he was at Aston Villa in loan. Barkley is still young and is physically fit to fight for his position under Tuchel.

"Barkley is a good boy he should have left Chelsea if he won't be allowed to play for the club for more time. He is still young and he should think to save his future" says Conte according to the Italian Sky sports news today evening.

He then suggested that Barkley should have left Chelsea to save his future. He also give out an alternative that Chelsea should have allow him to stay at Aston Villa for another season on loan instead of bringing him back and allow him to suffer at the bench. Antonio Conte signed Ross Barkley from Everton back in 2017 with a transfer fee of around fifteen million. Barkley is an attacking midfielder. 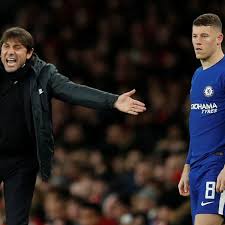 Five Must Win Matches To Place on and Make Cash

Tuesday's Exciting Soccer Predictions That Will Earn You Cash