By Muchuie (self media writer) | 1 month ago

Raul Jimenez he is the man of match after scoring first goal Wolverhampton Wanderers in 61th. Game ended 0.0 in first half and full time ended 0.1. 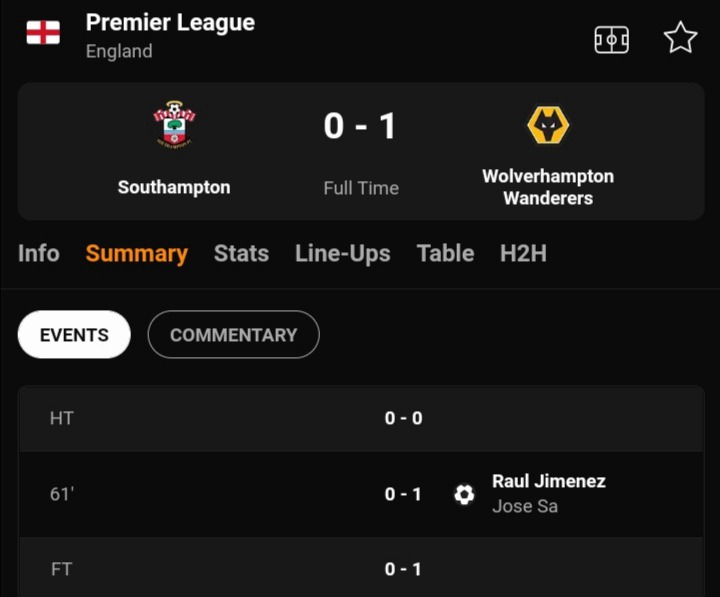 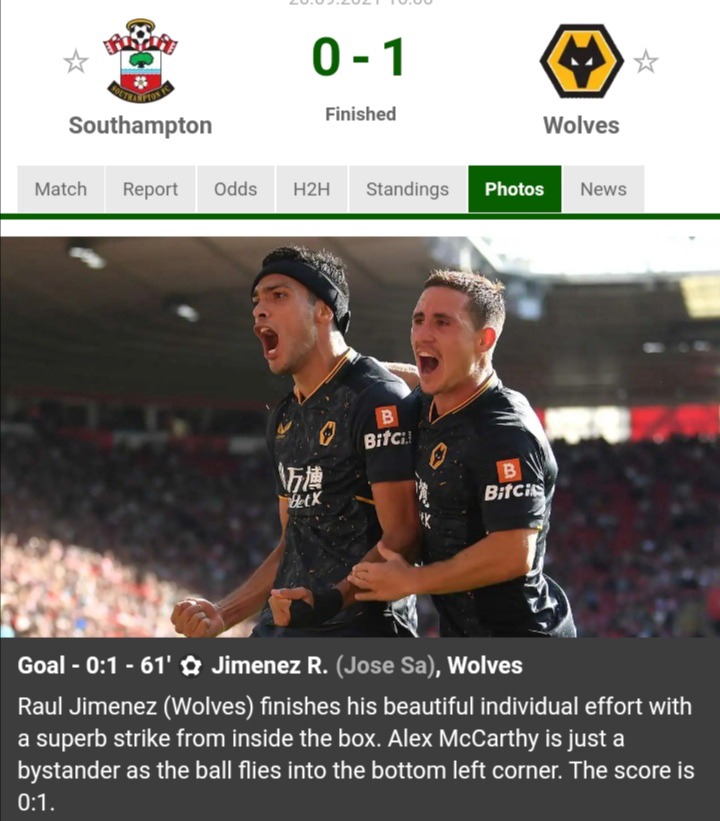 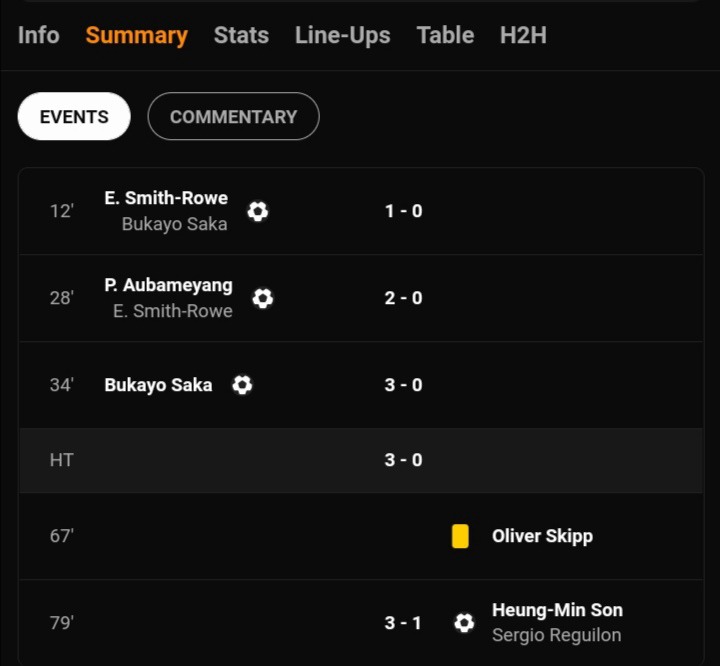 Now after Wolverhampton won against Southampton and Tottenham Hotspur lost against Arsenal.

Liverpool lead the table at position one with 14 points followed by Manchester City at position two with 13 points. Chelsea and Manchester United follow at position three and four respectively. See other teams in the screenshot below. 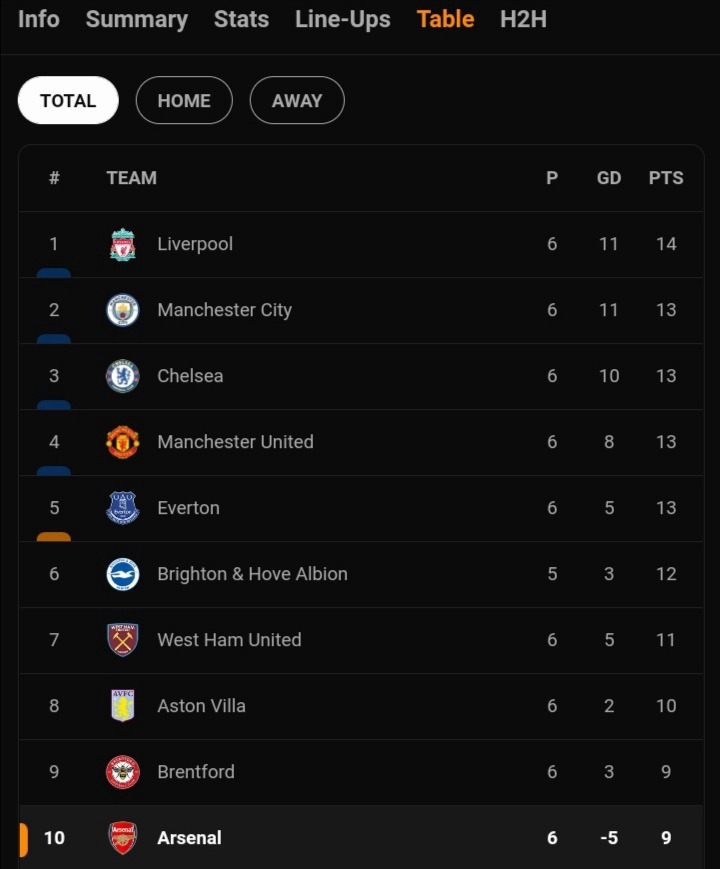 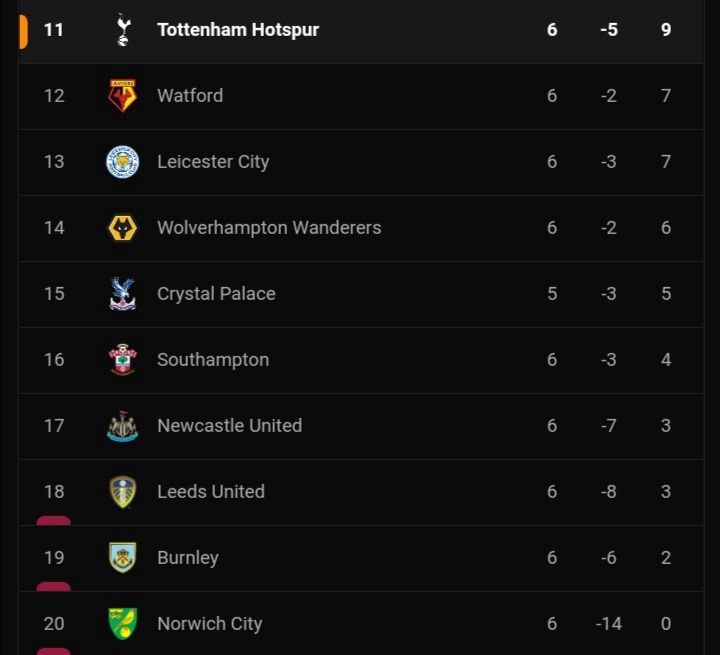 Remember to close week six, only Crystal Palace and Brighton remaining. The game will be on Monday 22.00 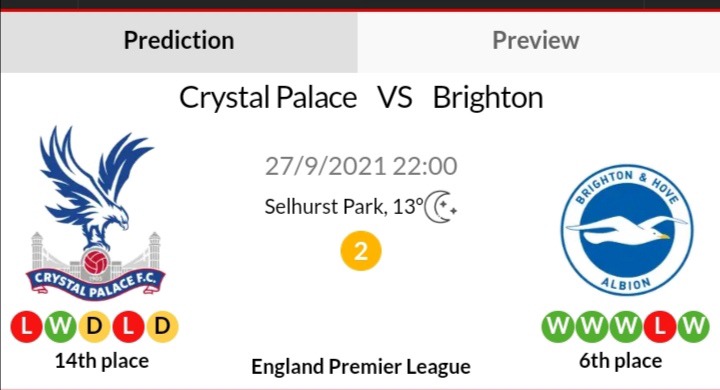 See Brighton position in the screenshot below. 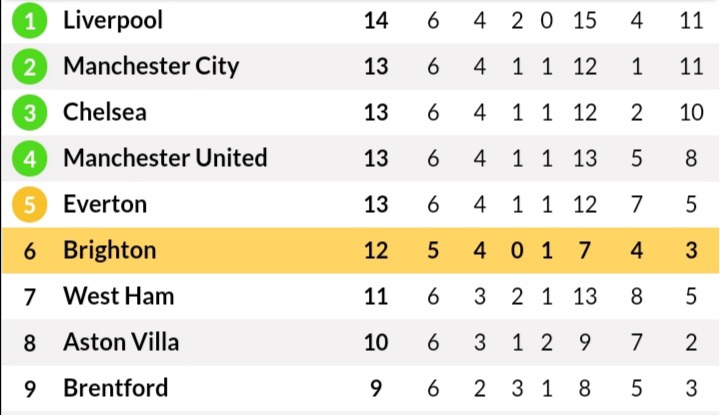 Thanks for reading this article and don't forget to follow my channel for more information and news updates. Also share your thoughts in section of comments.