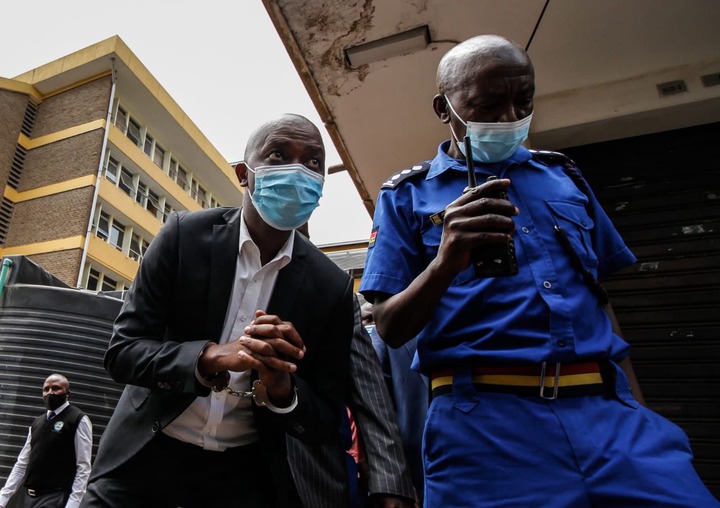 Football federation of Kenya president Nick Mwendwa has been in the media outlets for the past few weeks, weeks that have witnessed massive amount of scrutiny on his tenure at the helm of the country's top football governance organization.

Today, Mwendwa was released by a Nairobi court after spending the night in police custody following his arrest by detectives from the directorate of criminal investigation. He was to part with a sum of Kshs 10Million cash bail to secure his freedom. 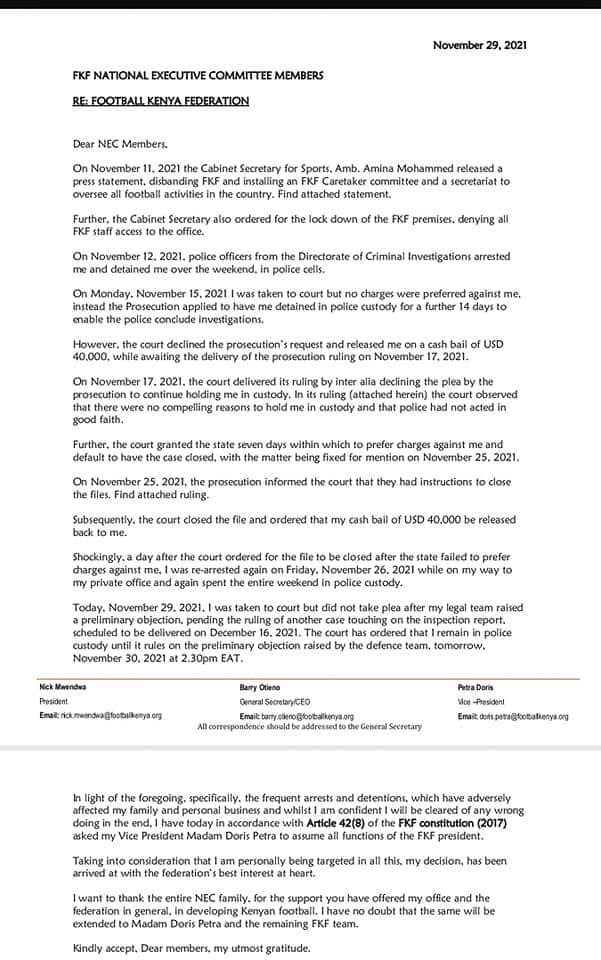 And now, in a live broadcast that has been fully followed by this writer on KTN News, the embattled FKF President has finally come out to not only break his silence but also to make a huge announcement.

The media house reports that the FKF boss has announced his resignation from his position as FKF President and handed over his mandate to his deputy to run the football body. 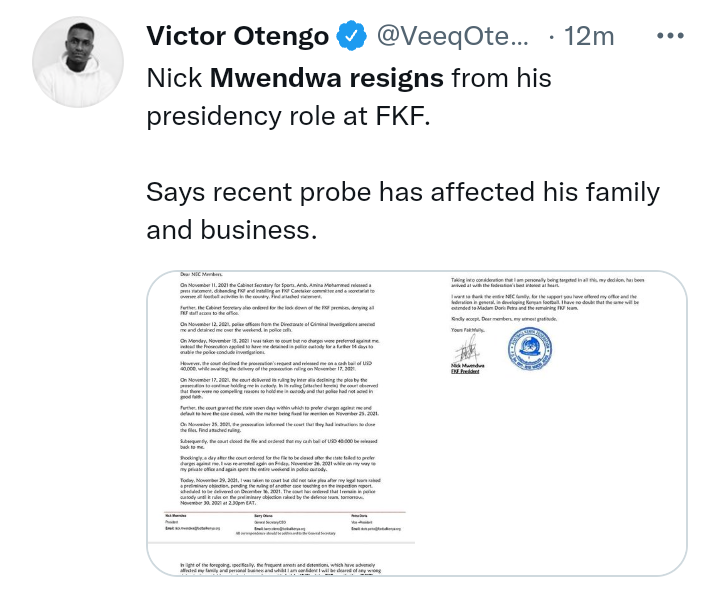 Mwendwa said that he has made the decision as his family has been affected by his ongoing battles with authorities over his alleged dealings at FKF.