By KuluNews.com (self media writer) | 28 days ago 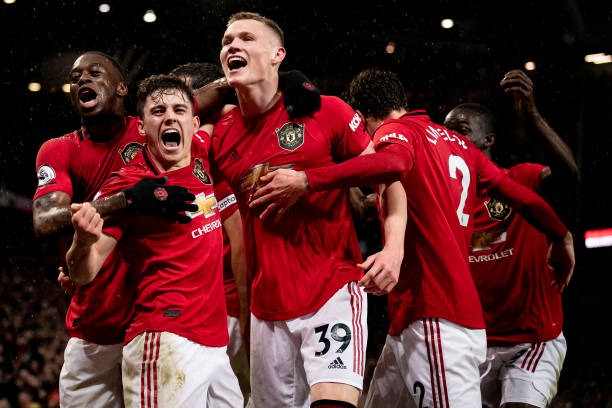 Ever since then there has been a debate about the penalty and who should have been given the chance to hit the penalty that the Manchester United midfielder Bruno Fernandez missed.The star missed and hit his kick over over the bar in stoppage .

Bruno has always been the United's regular penalty taker and it is always rare for him to miss and no one thought that he would have missed the penalty . 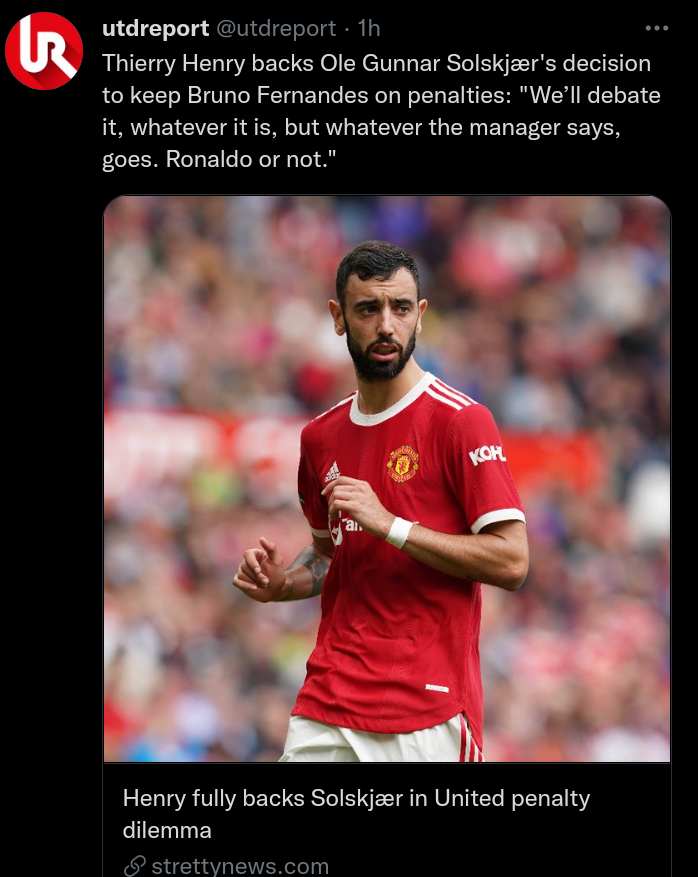 His miss raised questions if Ole made the right decision to hand over the penalty to him instead of Christiano Ronaldo.

However,the former star arsenal player, Henry Thierry said that ole decision to hand over the penalty to Bruno was right.

"Ronaldo or not.I don't know if he's going to be on the next one,but whatever the manager says goes"Henry Thierry said. 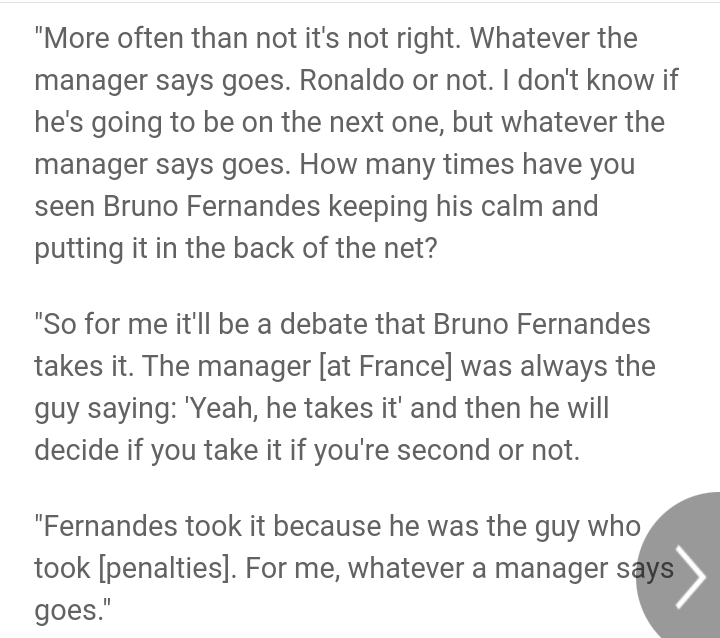 Who do prefer to be taking penalties for Manchester United?like, comment,share and follow