Arsenal manager Mikel Arteta is reportedly considering to bolister his squad ahead of January transfer window by landing a potential target that can sharpen his attacking options.

The Spanish boss is arguably making a huge progress in securing a long term replacement for Alexandre Lacazette and Pierre Aubameyang.

According to Football London, the Gunners have reportedly made a huge move in landing Benfica's Uruguayan striker Darwin Nunez who is rated at £40m.The 22 year old striker has impressed during his spell at Benfica after literally scoring eleven goals and making two assists for his side. 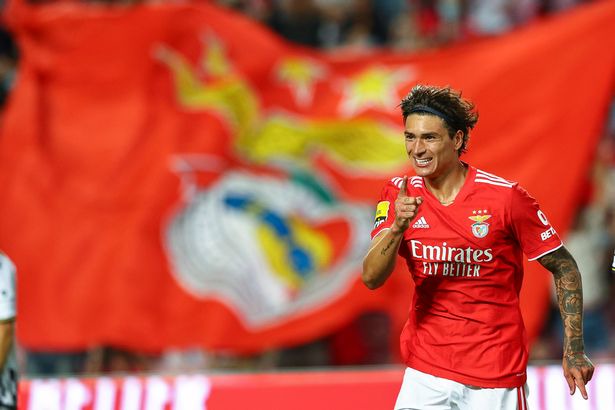 Besides Arsenal, Athletico Madrid are as well monitoring the situation of Nunez who is probably most best player in Portuguese league.

Meanwhile, the Gunners are as well monitoring Dominic Culvert Lewin with a £60m rated deal expected to be presented by the North London sides.

Lastly in your opinion, Do you Darwin Nunez Should be signed?

Here is the arsenal player who has impressed klopp the most this season.

Here is what tuchel needs to do at Chelsea to make them dominant like man city.