New Details Emerge as Agnes Tirop is Laid to Rest

By Githuria44 (self media writer) | 7 months ago 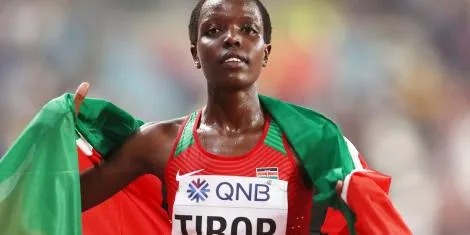 However, as her friends and fellow athletes eulogised the promising athlete, new details emerged about her husband, Ibrahim Rotich.

It appears that before her death, Tirop had complained to peers about her husband, who doubled as her trainer.

Peris Jechirchir, an athlete and friend to Tirop, disclosed that the slain athlete had confided in her that her husband had threatened to end her life.

Jepchirchir stated that Tirop had showed them a video where Rotich had told his spouse that he would break the athlete's limbs and even go as far as eliminating her.

"There are things that Agnes showed me. She had been told that her legs would be broken or she would be killed," she narrated.

Jepchirchir added that she had reported the matter to the a representative but no action was taken by Atletics Kenya.

Another athlete, Viola Lagat, condemned Tirop's murder, further calling on the government to act on gender based violence against female athletes.

"Girls like Agnes get killed every single day,it happens in every single village every day. It is only that Agnes was a hero, that's why her story is all over the world," she stated.

Nandi Governor, Stephen Sang, who also attended the funeral, called for the government to take care of the welfare of Kenyan athletes. Elgeyo Marakwet Senator Kiochumba Murkomen echoed Sang's sentiments, adding that women should not be made to condone violent spouses.

"Because of the old traditions, people in many unions in the country are made to live in marriages that are violent just because they were told that when they they go to their homes they should persevere, that they should not leave their husbands," Murkomen stated.

This comes a week after Kitui Senator Enoch Wambua, condemned the government for the I'll treatment of Tirop. He faulted the state for ignoring the athlete after Nandi Senator Samson Cherargei approached him to make a contribution towards Tirop's funeral. 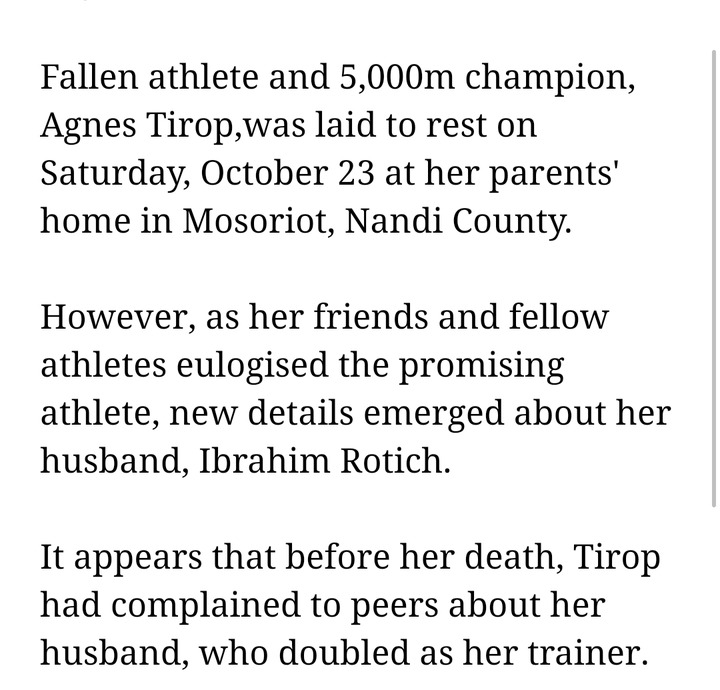 Cars owned by Tanzanian vs Nigerian vs Kenyan musicians