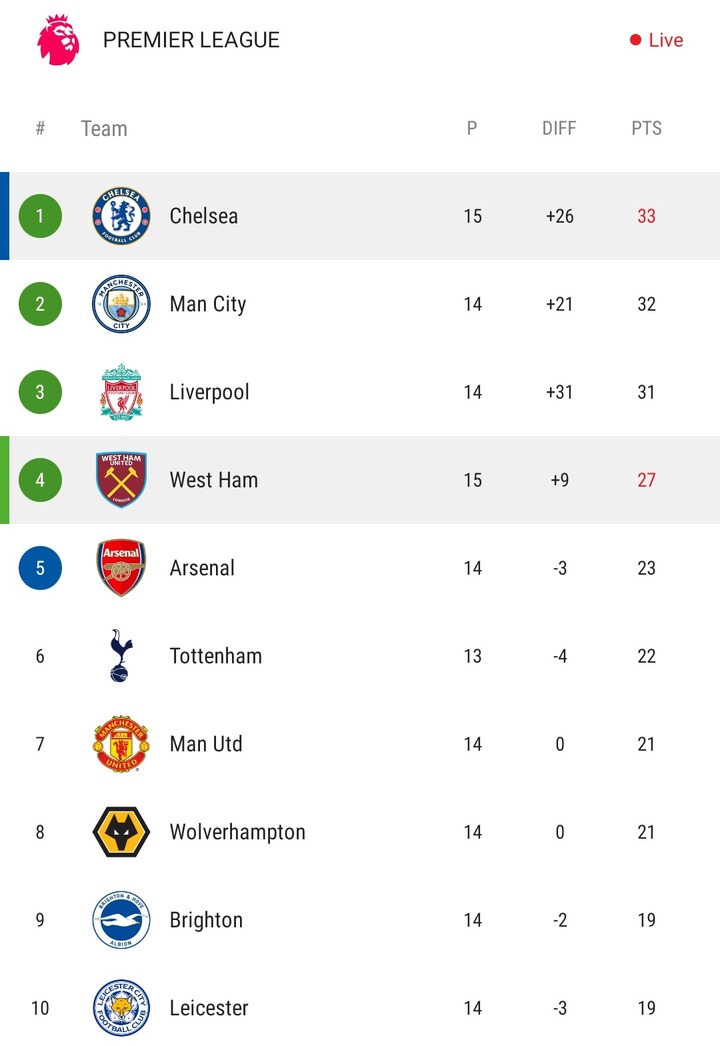 The Premier League table is slowly taking shape with teams contending for the Champions League and Europa League spots. Chelsea opened the play on Saturday noon as the Blues squared it off against WestHam at London stadium. Goals from Thiago Silva and Mason Mount gave the Blues an early lead with the assurance of earning all the three points to keep them on top of the table. 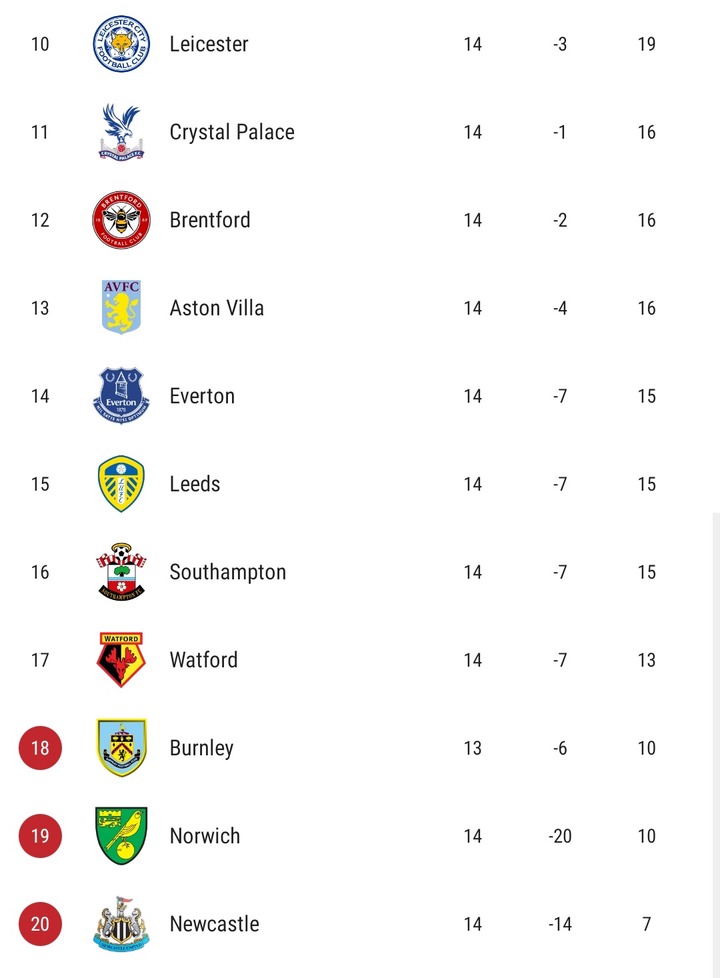 However, second half saw a change of the game for the Blues as Jarrod Bowel and gave the Hammers all the three points leaving Chelsea trying to get a late equaliser. Despite the loss at London stadium, the Blues maintain their position as number one in the Premier League table with WestHam also maintaining their position at number four as they close the gap with third place Liverpool. 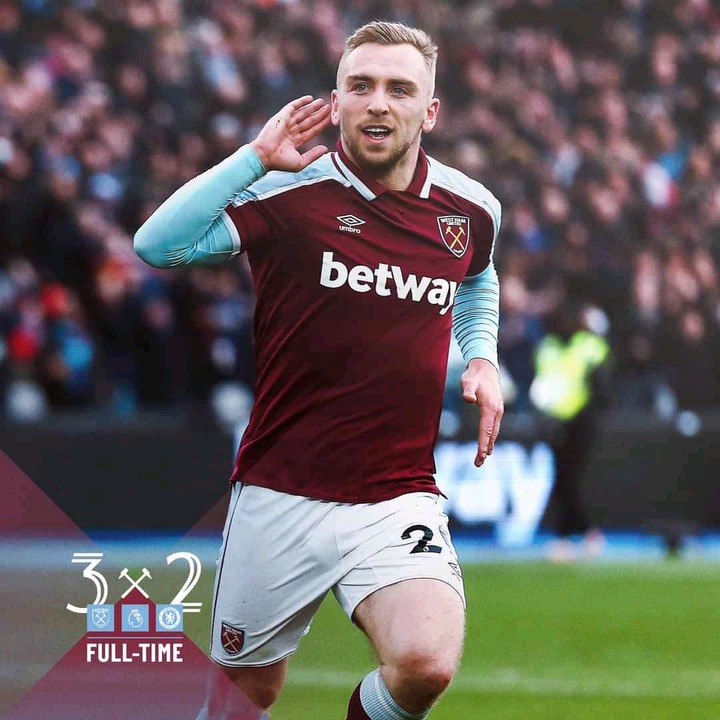 Meanwhile, Manchester City and Liverpool who are one and two points behind Chelsea respectively have got games at hand to play. Incase both teams win their games on Saturday evening, the Blues will fall to third place in the Premier League table. However, win by Man City and Liverpool won't affect the Hammers. Meanwhile Arsenal retain their position in fifth place with Tottenham and Man United at sixth and seventh place respectively.