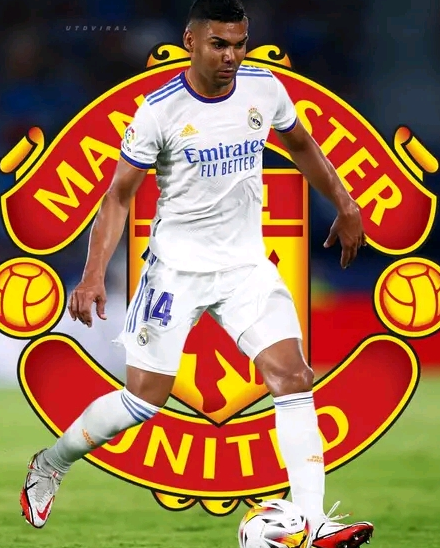 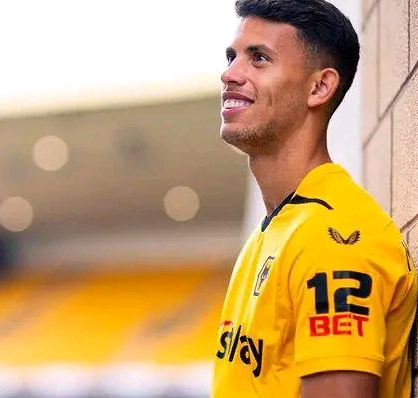 Napoli will sign Giacomo Raspadori from Sassuolo for €5 Million loan fee plus €30 Million to obligation to buy. Atalanta have signed Brandon Soppy from Udinese for €9 Million and will undergo medical tests and sign 5 year contract until June 2027. Wolvesannounced the signing of Matheus Nunes from Sporting CP for €50 Million club record fee and signed a contract until June 2027 after successfully passing his medical tests. Sevilla have signed Tanguy Nianzou from Bayern Munich for €20 Million on a 5 year contract after completing his medical checks at Spain. Sharjah FC have announced the signing of Villarreal striker Paco Alcacer for undisclosed fee. Empoli have signed midfielder Alberto Grassi from Parma on a season long loan with an undisclosed obligation to buy clause. 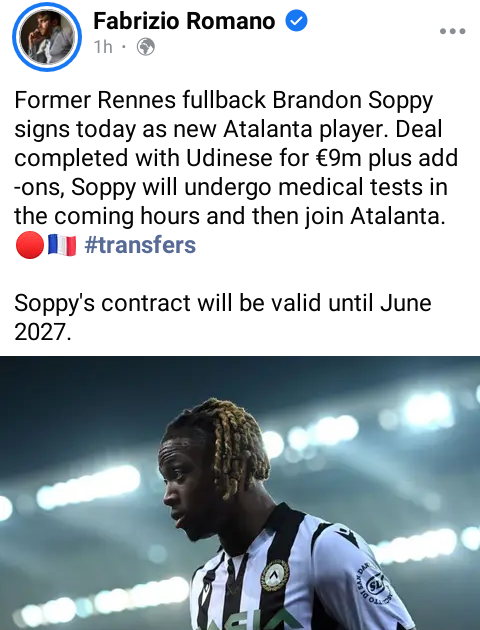 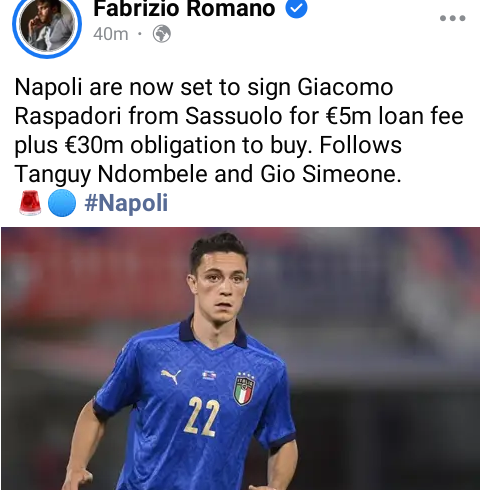 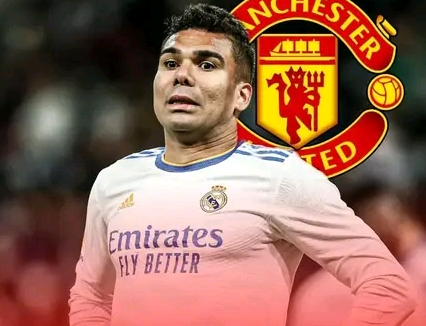 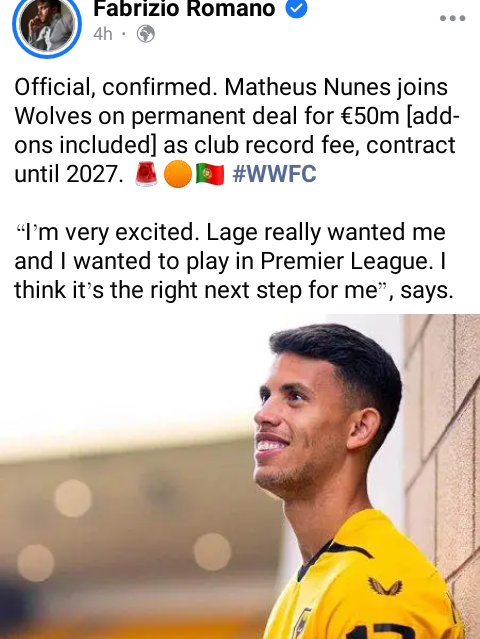 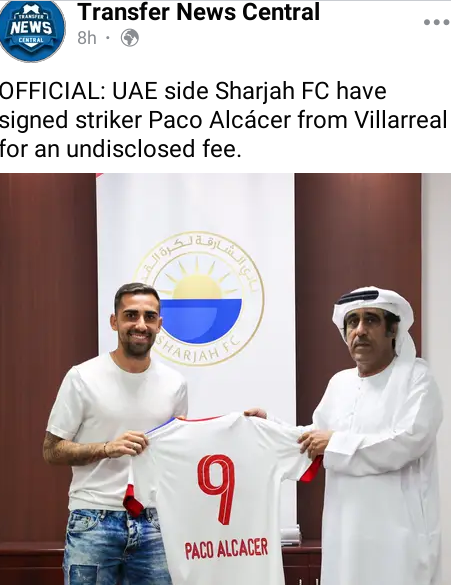 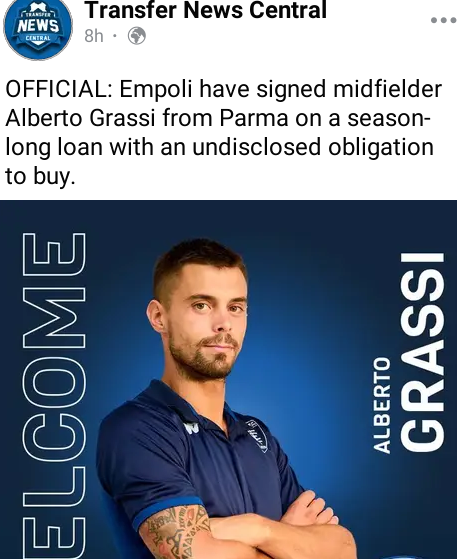 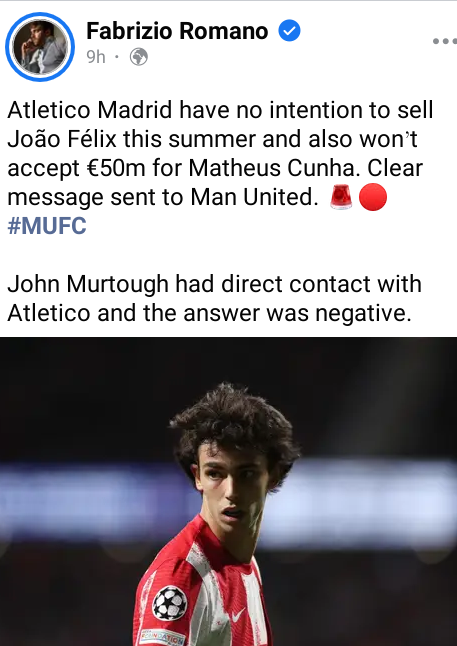 Atletico Madrid have turned down Man United £130 Million offer for Joao Felix as they have no intention to sell him and will not accept €50 Million offer for Matheus Cunha despite John Murtough have direct talks with the club he got negative answer. Pierre Emerick Aubameyang has ruled out joining Manchester United and is now focused on joining Chelsea due to UEFA Champions League Football and had contacts with Todd Boehly to discuss personal terms. PSG are reportedly ready to hijack Barcelona target Bernado Silva and offer £59 Million to Manchester City. 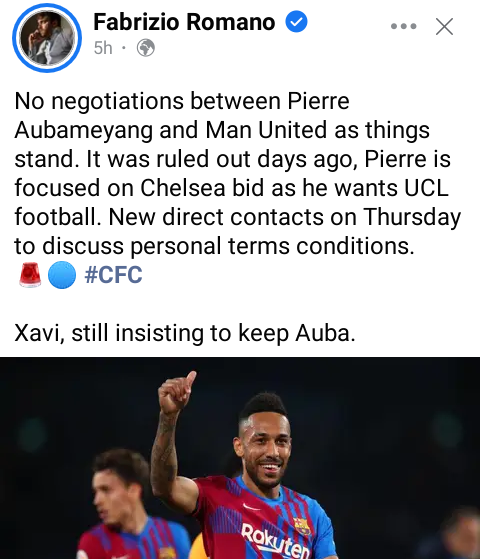 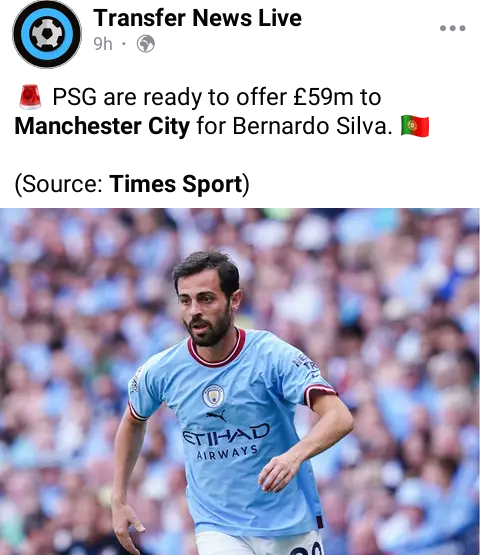 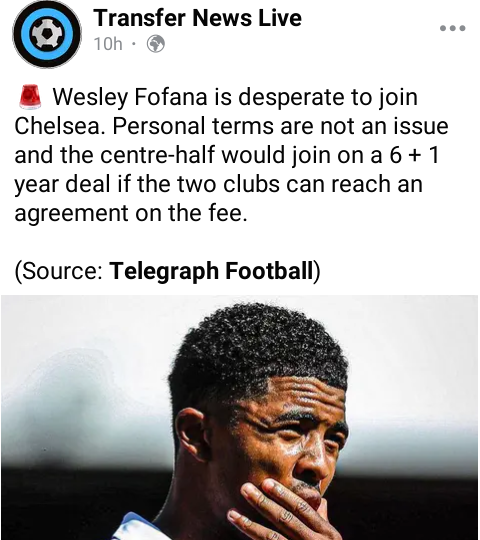 Wesley Fofana is desperate to join Chelsea and has already agreed personal terms on 6 year contract with an option to extend for further season with the Blues pushing to agree final fee with the Foxes. Westham United have called off Emerson Palmieri deal after huge salary demands and the Blues demand £20 Million to sell the Italian left-back. Barcelona are waiting to register Jules Kounde inorder to complete Marcos Alonso transfer but have reached full agreement on personal terms until June 2025. Westham United have signed Thilo Kehrer for a fee of around £10 Million from PSG and signed a 5 year deal at London Stadium after passing his medical checks. 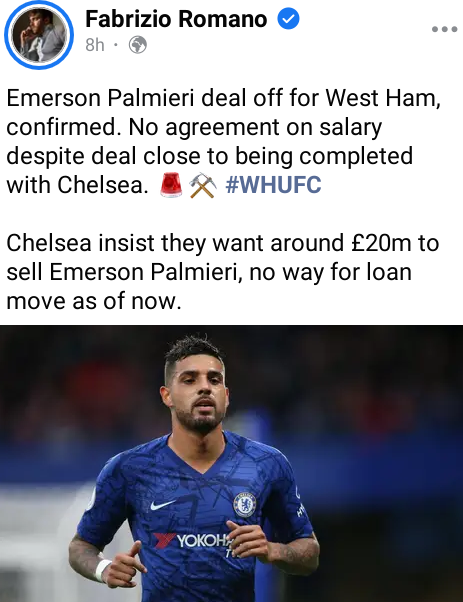 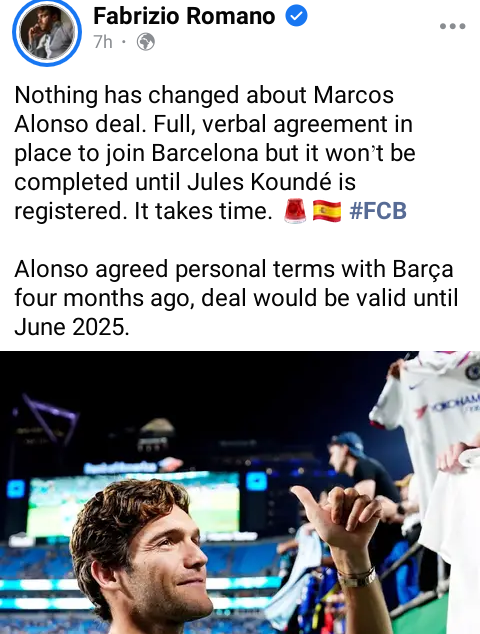 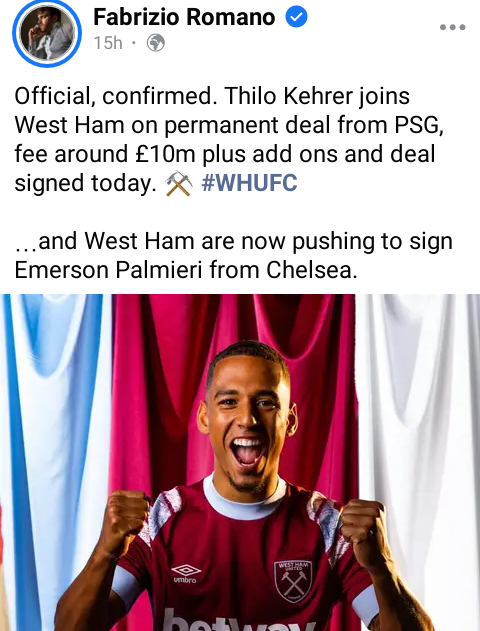 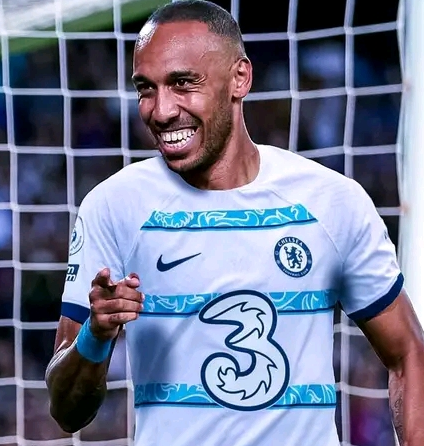 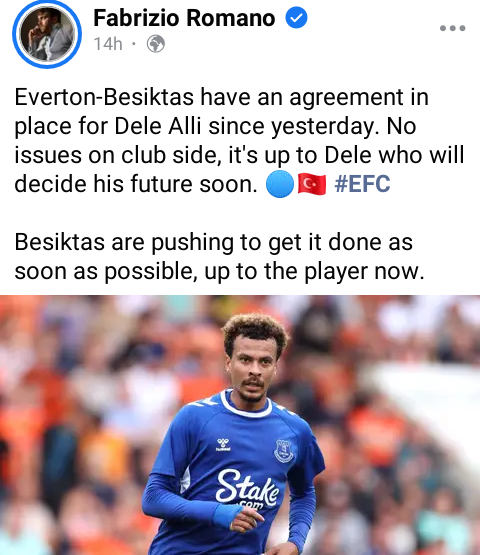 Manchester United are close to signing Casemiro from Real Madrid as they are willing to offer him a 5 year deal and double his current salary with Los Blancos demanding €60 Million to allow him to leave. Manchester United are closing in on a deal to sign Borussia Monchengladbach Goalkeeper Yan Sommer on a permanent transfer as David De Gea Back-up Goalkeeper. Manchester United are considering signing Chelsea winger Christian Pulisic on a season long loan deal until June 2023. Everton and Beskitas have reached an agreement om the signing of Delle Ali with Beskitas pushing to agree personal terms imminently. Bologna have signed Joaquin Sosa from National for £1.7 Million fee. 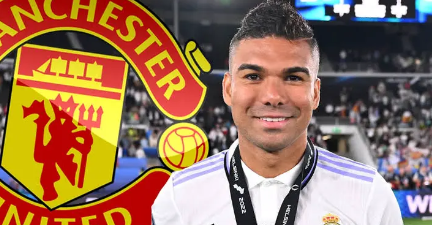 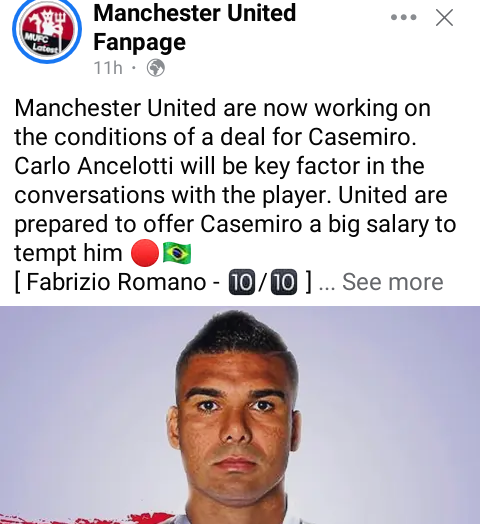 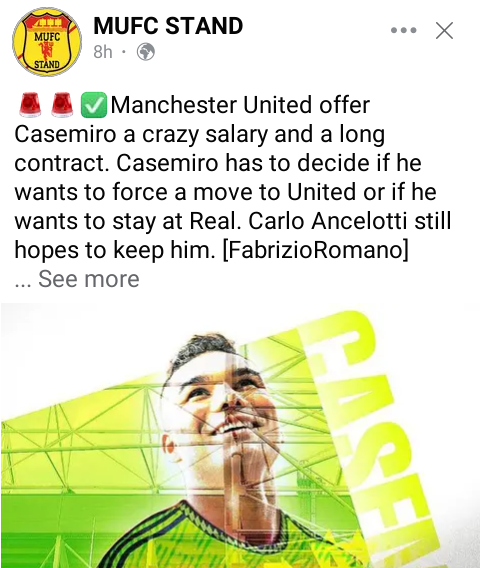 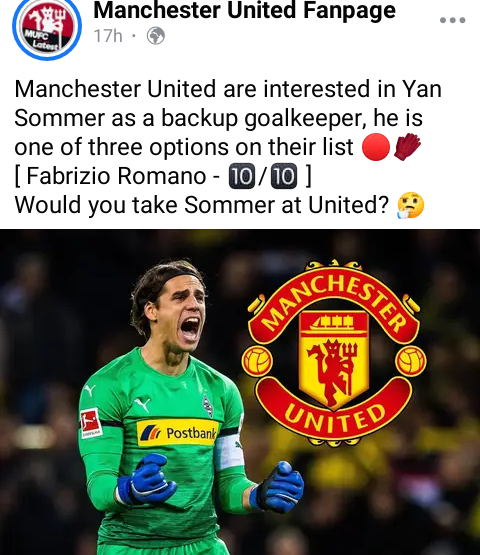 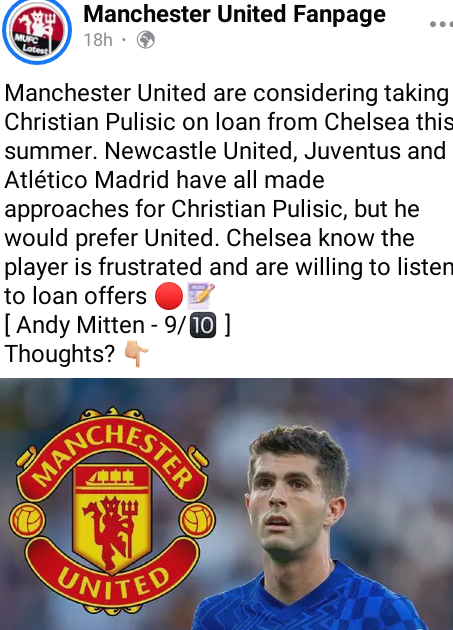 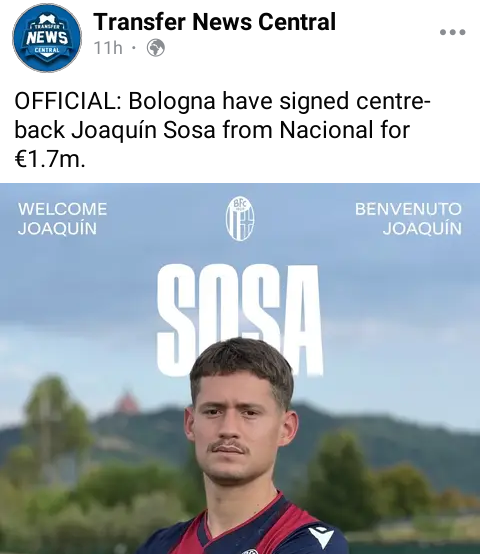 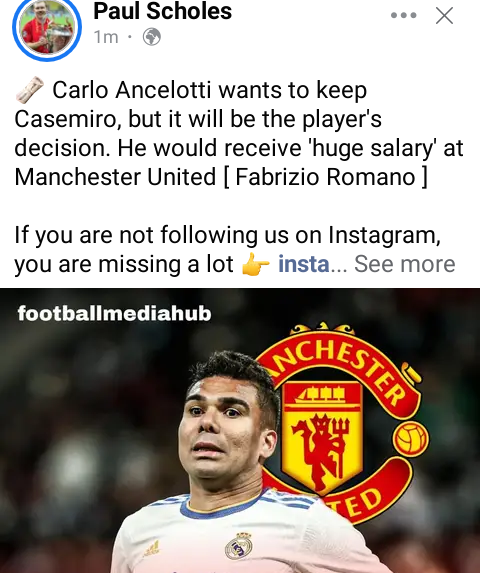 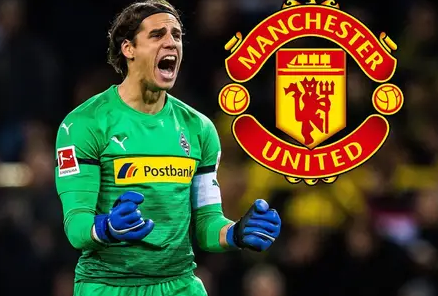