By ExtrovertedIntrovert (self meida writer) | 26 days 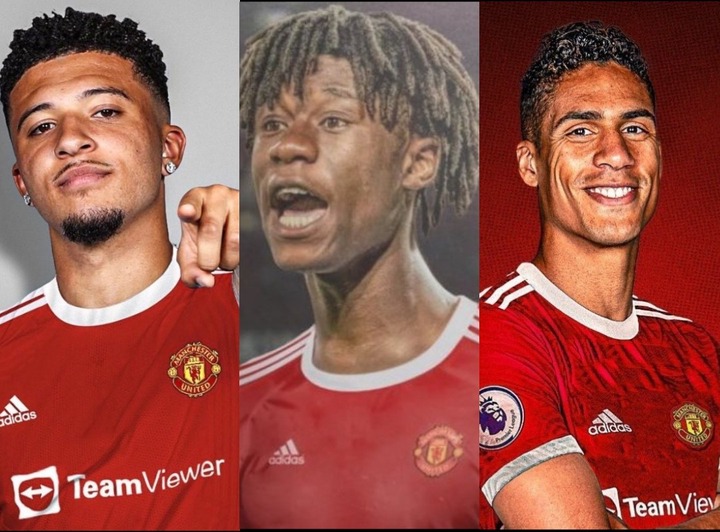 Manchester United strongly believe that they conduct medicals for Jadon Sancho together with those of Raphael Varane and Eduardo Camavinga in the next few days after completing their signatures. All the three players want to head into the summer break with the new club. Medicals are scheduled soon and official announcement will follow.

Jadon Sancho whp has already completed his move yo United has heaped a lot of praise to his new teammates in Harry Maguire, Marcus Rashford and Luke Shaw as they continue to represent England. Romano has revealed his official announcement is to be made after medical which is after the Euros. 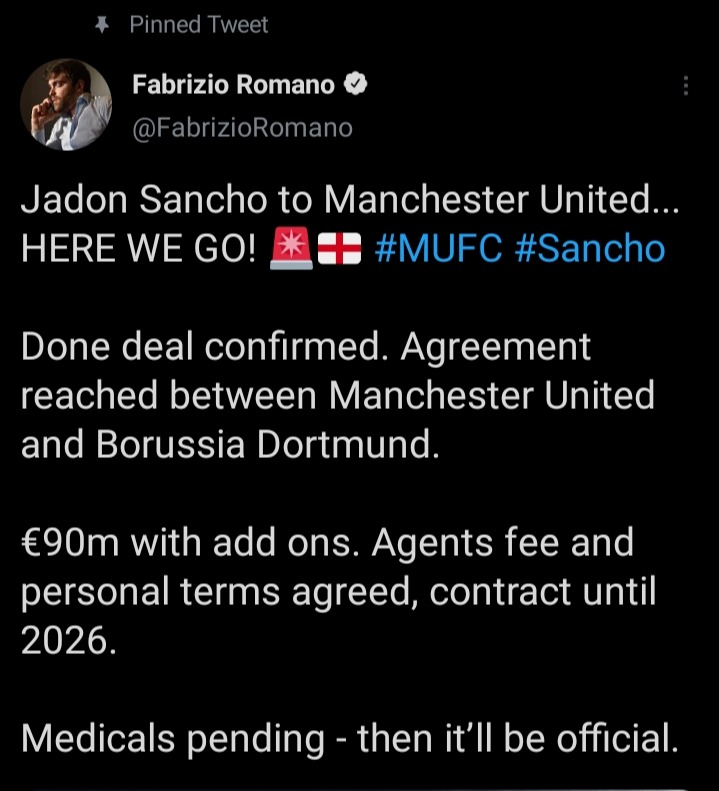 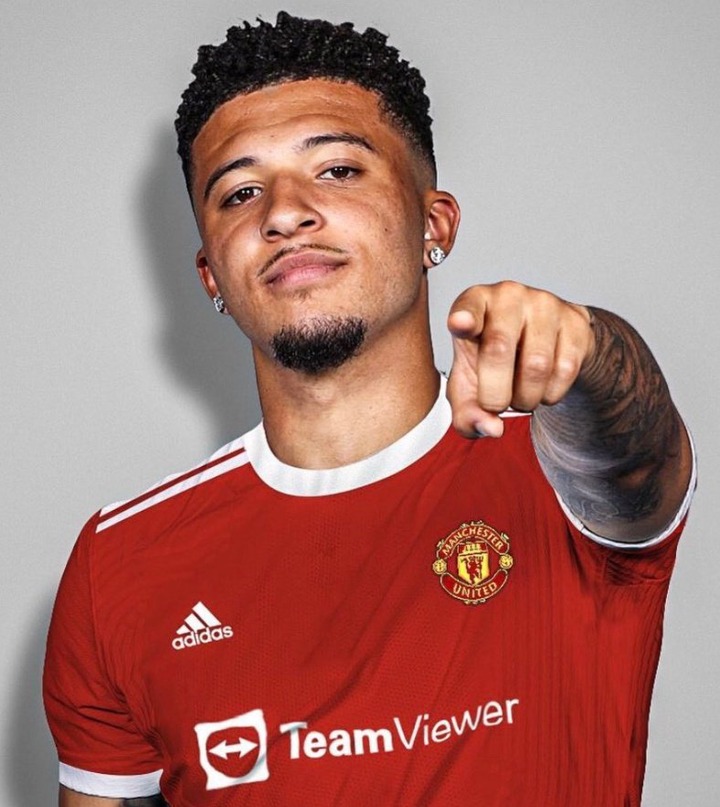 UnitedMuppetiers official Twitter fanpage has it that Varane deal is a bit more advanced than it is coming across the media. Privately, United are more confident that they are letting on as the deal is imminent to materialise in next few days. United presented an offer of £43 million and additional bonuses on players performance. 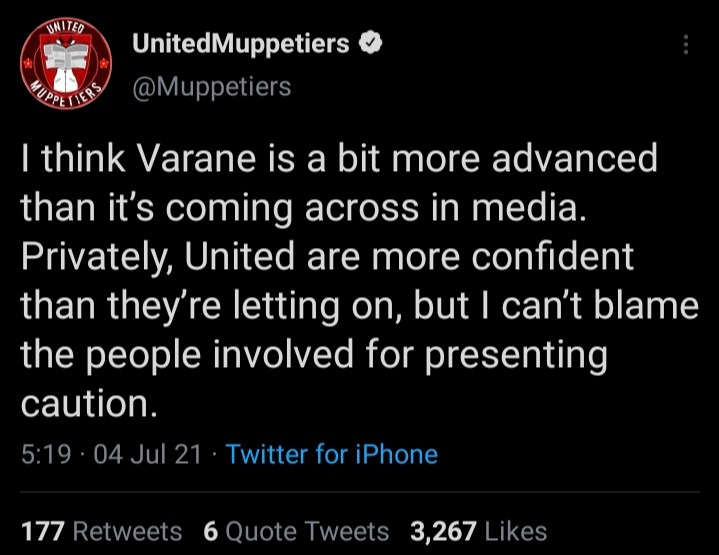 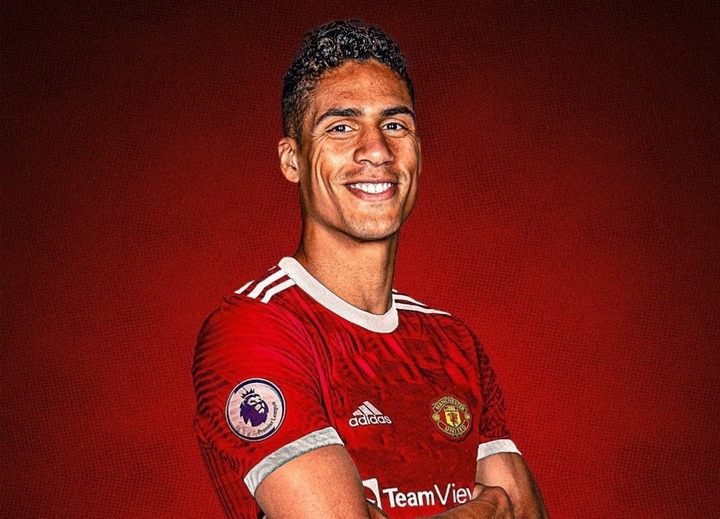 As per reports received from Fabrizio Romano news desk, United are in advenced stages to sign Rennes young prospect in Eduardo Camavinga with direct contacts made. Rennes are open to negotiate a potential €30 million fee as they fear to lose him on a free transfer next season. The player's close sources understands that he fancies the move. 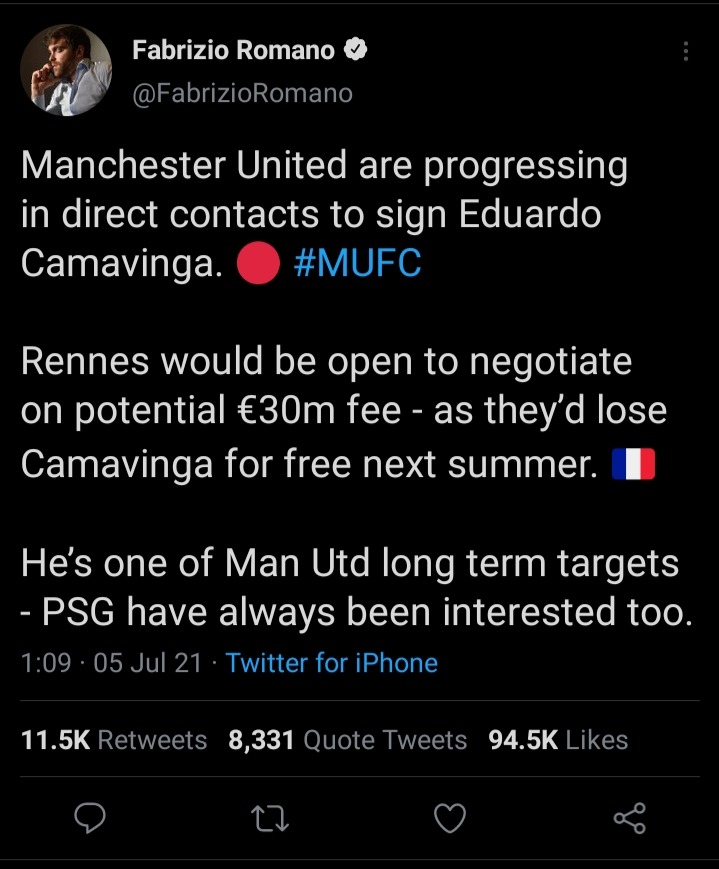 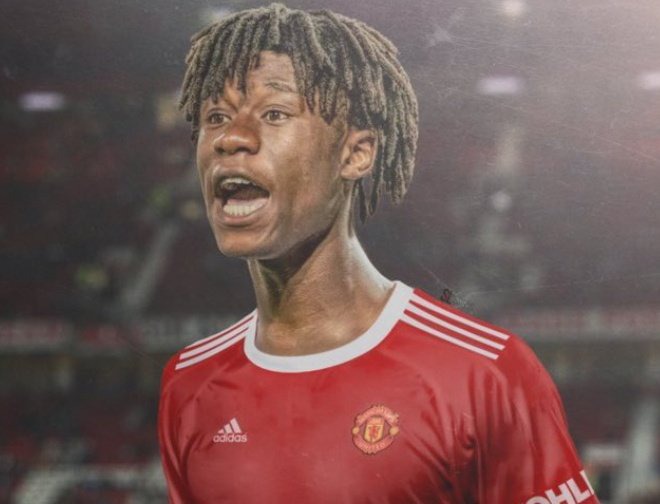