Times That Arsenal Made Profit In The Transfer Market.

By makeshnews (self media writer) | 1 year ago

Arsenal were known to be more of a business club than ambitious club back in the days, under the guidance of then French manager Arsene Wanger.

Unlike clubs like Chelsea and Manchester United who were known for buying their success through huge transfer of money, Arsenal chose the different way and did business with their players. Buying them at cheap and selling them to make a profit.

Here are some of the times that Arsenal made profit in the transfer market. 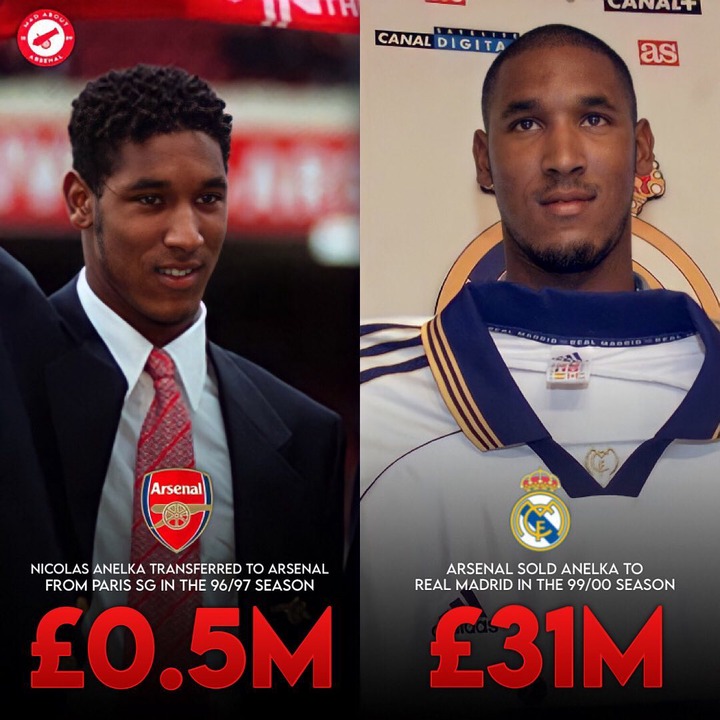 The French man was introduced to Arsenal fans as a young striker from Paris Saint Germain in the 96/97 season, at a fee of £0.5m.Two seasons later, Anelka was sold to Real Madrid valued £31m. Making a profit of around £30.5m. 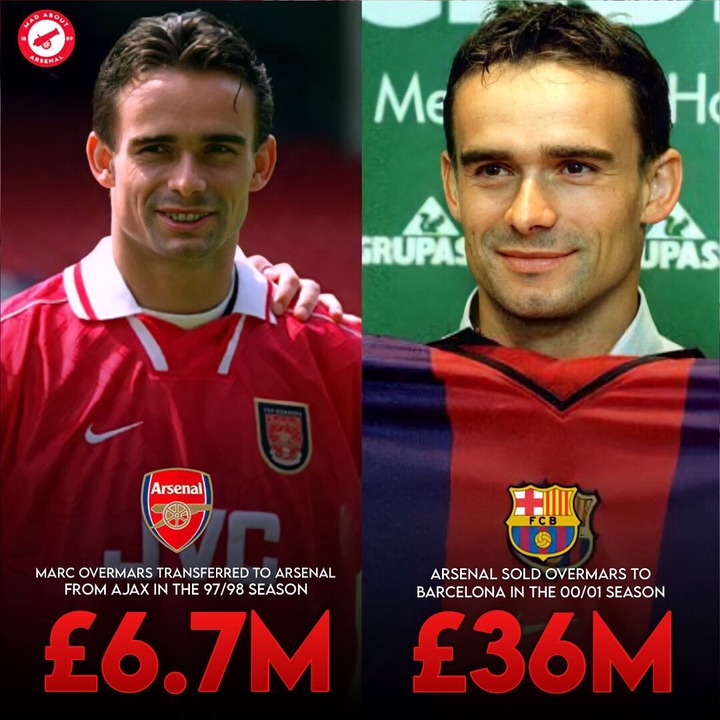 Marc Overmars was transferred to Arsenal from Ajax in the 97/98 season at a fee around £6.7m.Two seasons later, Arsenal sold Marc Overmars to Spanish giants Barcelona at around £36m.Making a profit of around £29.3m in the process. 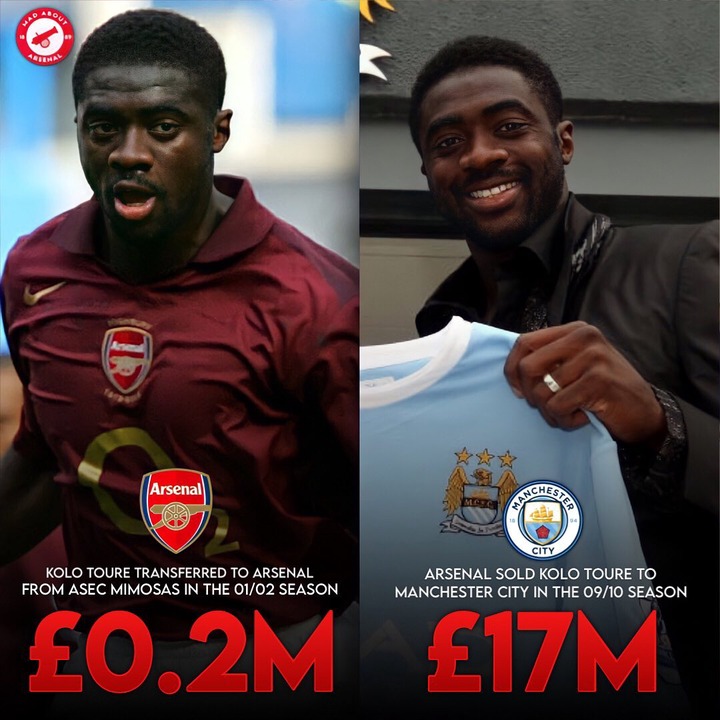 The Ivorian defender was among the invincibles, before money from Manchester City came knocking his way, Toure was transferred yo Arsenal from Asec Mimosas in the 01/02 season at around £0.2m. Eight seasons later, Kolo Toure was sold to Premier league rivals Manchester City at around £17m, making a profit of around £16.8m in the process.