Where Arsenal Is Ranked In EPL After beating Tottenham 3-1

Arsenal moved to position 10, leapfrogging their north London rivals after condeming them to a 3-1 defeat. In a Match that Mikel Arteta had confidence as the fixture approached, he highlighted why recent struggle for Gunners were necessary. In this match the home team was sharp in every thing. The attacking department put in a spirited fight to ensure that Tottenham are winless on three consecutive matches in premier league.

Goals from Aubameyang, Smith Rowe and Bukayo Saka were enough to a side that started the season badly. Arsenal now have 9 points from six matches so far.

After the win mikel Arteta was a happy man as he was impressed with the performance of his players. Saka and Smith Rowe linked up superbly to score the second goal of Arsenal.

It Should be noted that the two are just aged 21-years-old and with the way they are combining, they will be great in the coming years in their playing career.

Saka became the youngest player to both score and assist Premier League goals in a match against Spurs.

Here is the new ranking 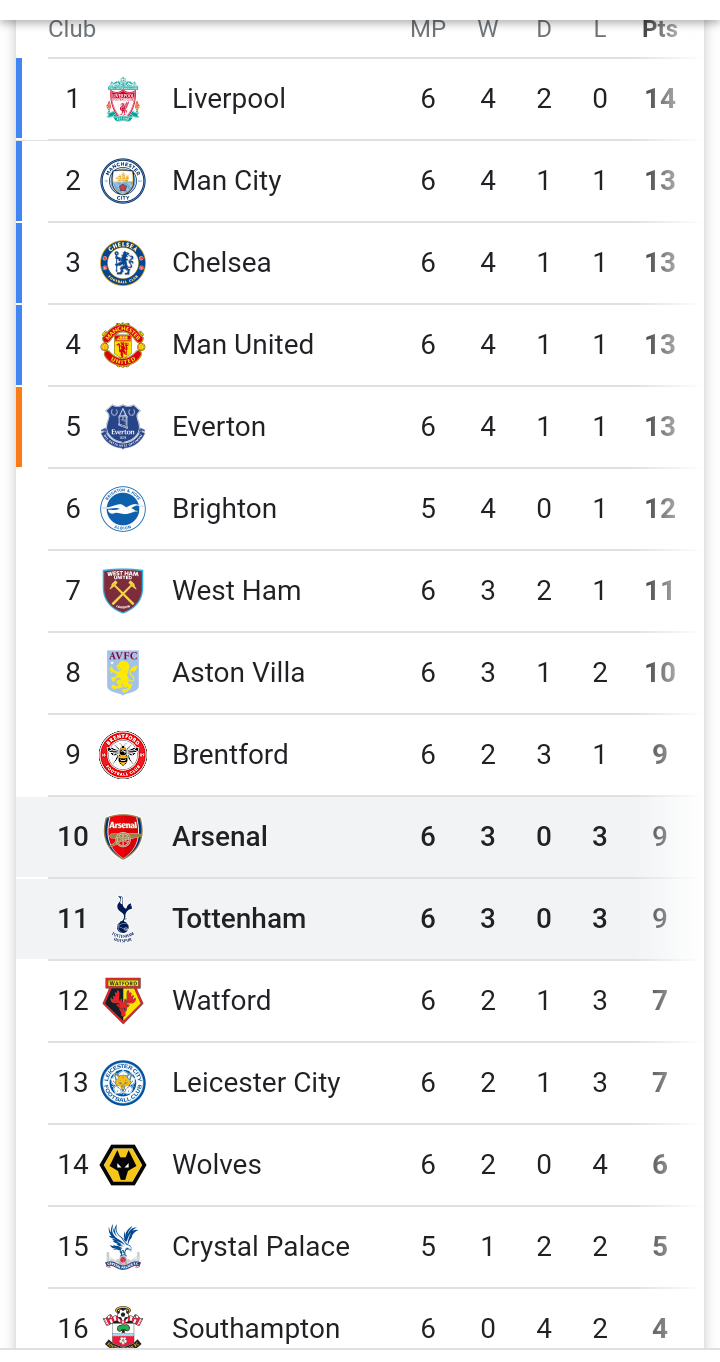 Will Arsenal challenge for the EPL Trophy this season? Share with us your views on the same. Thank you for reading.