By Kemboi|Zachary_Ke (self media writer) | 8 months ago

Four Kenyan Key Players will miss the Harambee Stars squad for the remaining Afcon qualifiers against Togo and Egypt at home and away respectively in a must win matches for the nation to progress.

Wanyama who is the Harambee Stars captain might have been excluded from the squad mainly because of his fitness concerns and having not played much in his current club since November last year. His absence could be an opportunity for Olunga Michael’s chance to be awarded the Captaincy mantle. Olunga has been missing in the squad for almost a year now due to the Covid-19 pandemic that led to travel restrictions imposed while he was in his former Japanese club. 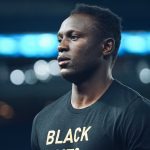 Those called to the squad include;

Harambee Stars will face Egypt on March, 25th this year in Nairobi before traveling to Togo for the final clash . Midfielder Anthony Akumu (Kaizer Chiefs) and Ochieng Duncan will also miss the squad 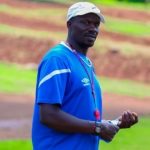