Today the premier league Match Week 11 returned with Manchester Derby kicking off early in the afternoon.It was a big game as it has always been between Manchester United and Manchester United because it's a Derby. Man United started with a strong Lineup featuring star players; Cristiano Ronaldo, Fred, Bruno Fernandes, Mason Greenwood, David Degea and Luke Shaw. 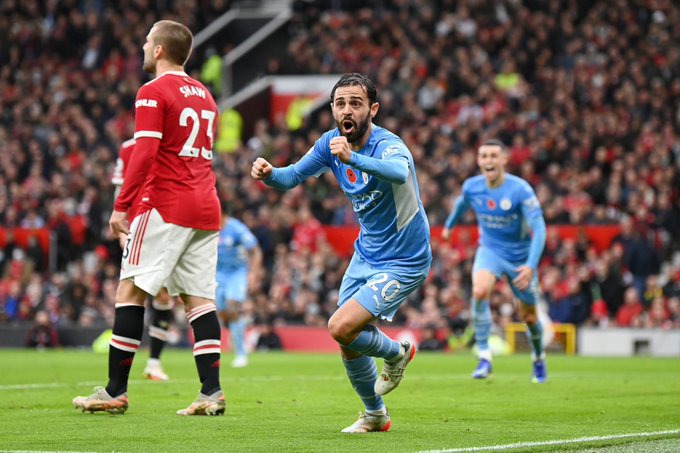 Manchester City also had a strong Lineup featuring key players; Kevin De Bruyne, Phil Foden, Joao Cancelo, Bernado Silva, Rodrigo and Ikay Gundogan.City took an early lead after Eric Bailly scored an own goal in the seventh minute.Bernado Silva doubled the lead for City in the 45th minute after he netted a sensational goal ending halftime 2-0.The second half returned but their was no goal for United as Man City defended well securing the win at Full time. 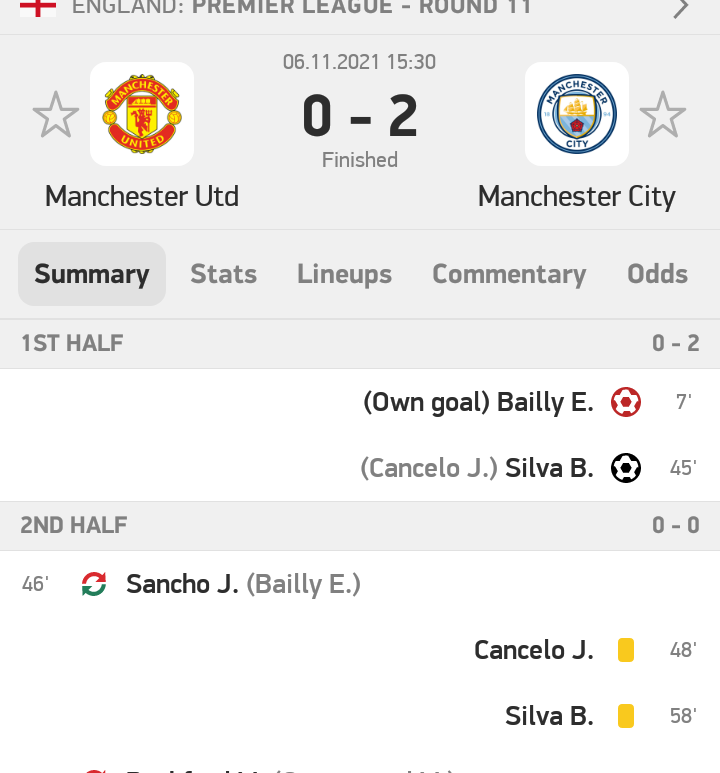 Manchester City climbed up to the second position in the table after that win while Man United went down to the fifth position.Chelsea are still on top with 25 points in 10 games. Arsenal on the sixth position while Liverpool remains on 2nd.Down here is how the premier league table looks after the big changes. 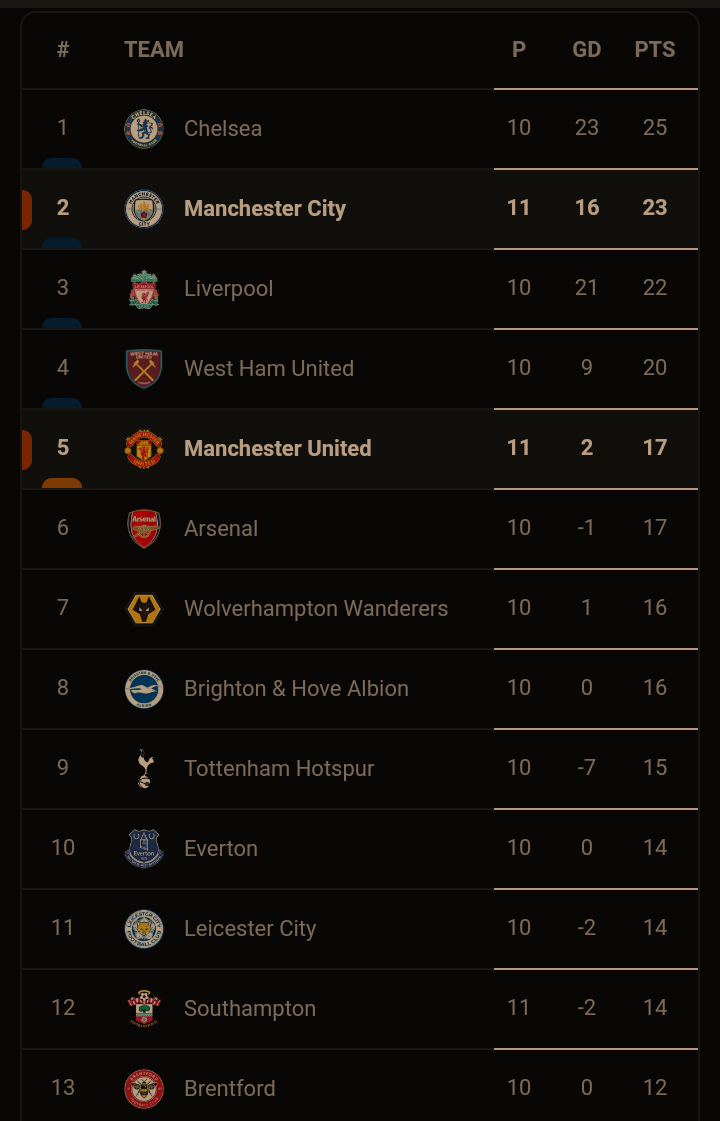 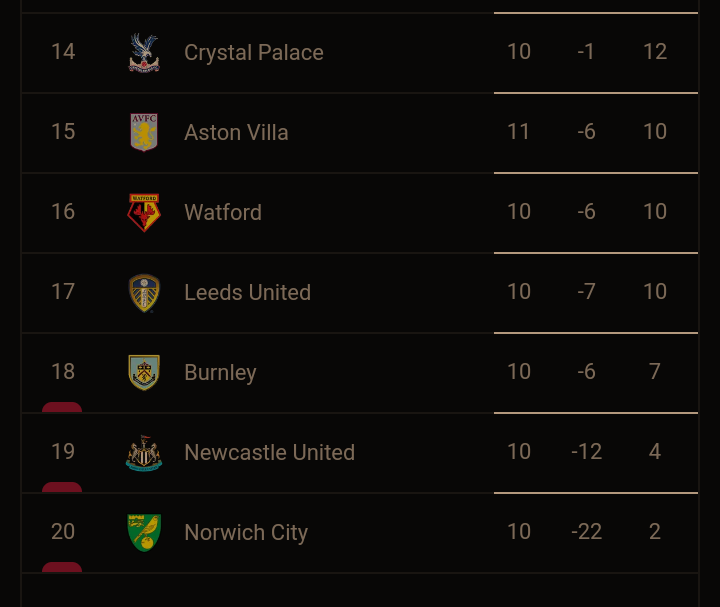 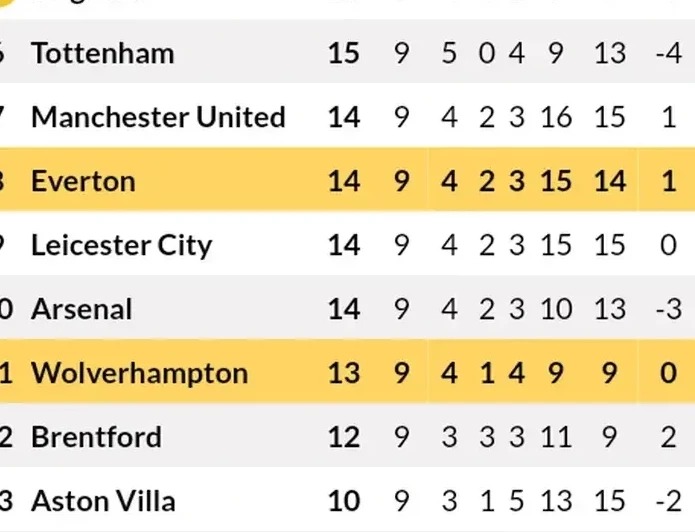