By Pattys (self media writer) | 4 months ago

Manchester United has been using a 4-2-2-2 formation since Ralf Rangnick was appointed interim coach until the end of the current season. This approach is well-suited for the pressing football that appeared to be overpowering and overworking the players in recent weeks. However, the players found it hard to adapt to this system, thus forcing the manager to try out other formations that would help the club control the ball and win matches easily. A 4-3-3 formation will be used, according to Ralf Rangnick, which will ensure that the team attacks and defends as a cohesive unit in both attack and defense. 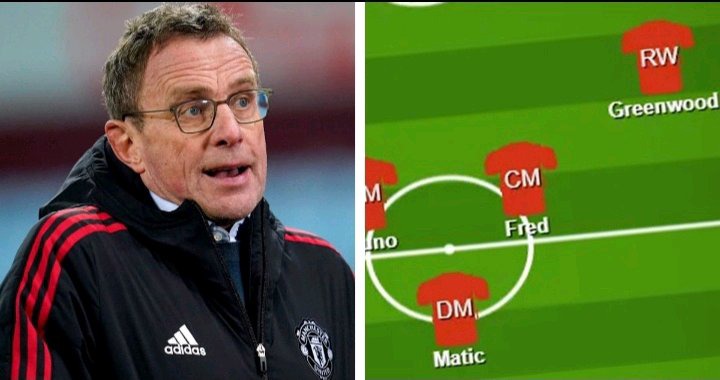 This new formation allows the manager to use quick wingers such as Marcus Rashford, 1Antony Elanga, Jordan Sancho, and Mason Greenwood on the flanks. These players can lead the team in quick counter-attacks and drop back when not in possession to help the defense. This formation seems to be working out well in the previous two matches against Brentford and West Ham United, where they managed to grab all three points. 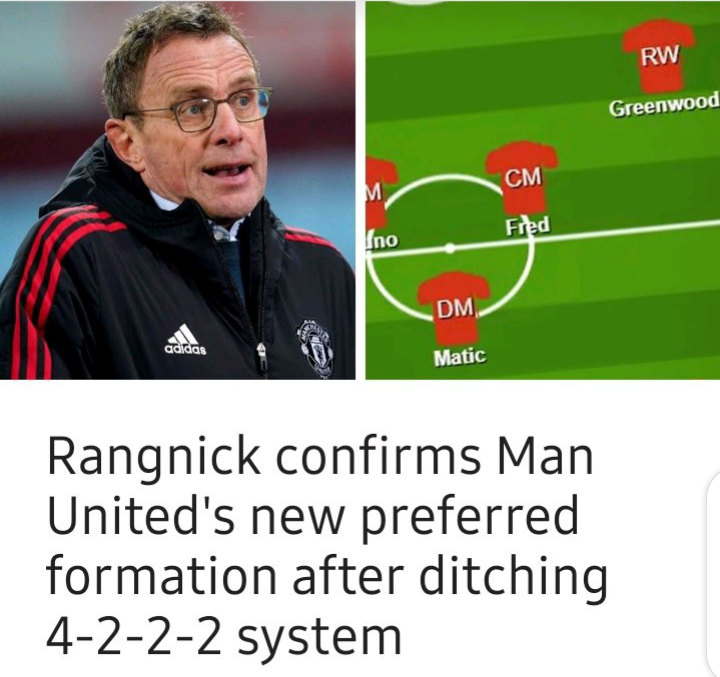 Ralf Rangnick is well known for using different formations during his time at Leipzig. The Garman tactician is also well know for using 3-4-3, 4-4-2, and 3-5-2 formation. He will be expected to switch formations depending on the type of opponent they are playing against. But for now he should stick to the 4-3-3 formations that the players are comfortably understanding and enjoy using.