By Peterdaish (self media writer) | 1 year ago 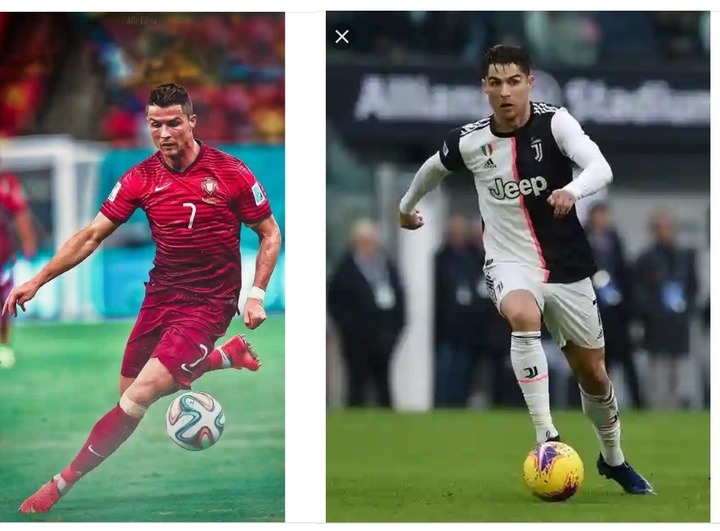 He is one of the best football players in the world. Cristiano Ronaldo is also known as Cr7. A nickname derived from his lucky number 7 written in all his playing kits.

Cr7 is said to be the best football players by his fans worldwide compared to his colleague Lionel messi. Both have competed in all competitions both in football clubs level and international levels. This two players are said to be the beasts in football industry since they have topped for more than ten years. Cr7 is said to be the best since he has proved himself in more than two football leagues, at first he played for Manchester United in England premier league and second in Real madrid football club in Laliga and then currently he is in Juventus Turin in Seria A where still he is the best player, this is in comparison to Lionel messi who has only played for Barcelona football club in Laliga to date.

Cr7 is also famously known for his skills in the pitch and the ability of scoring goals. He is also nicknamed goal machine since in his career he has scored many many goals both for the football clubs and in international Matches.

Cristiano Ronaldo can be said the best ever football attacker in the pitch. He can score using both of his legs and also using his head he is like a perfect goal machine. The player is also known for his physical fitness he is strong and thus can even score free kicks from a distance and also rocket shoots outside the goal. 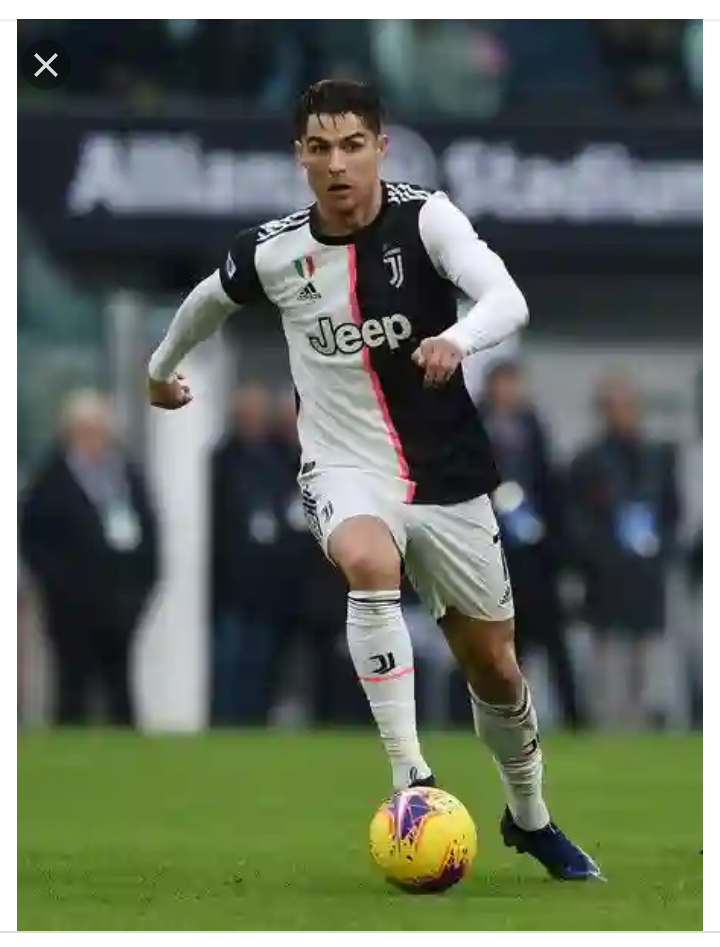 The shoe brand- Nike shoes has been using the Cristiano Ronaldo name and number Cr7 to market and sell their shoes worldwide. This has made the shoe company make a large sum of money and market in the world. 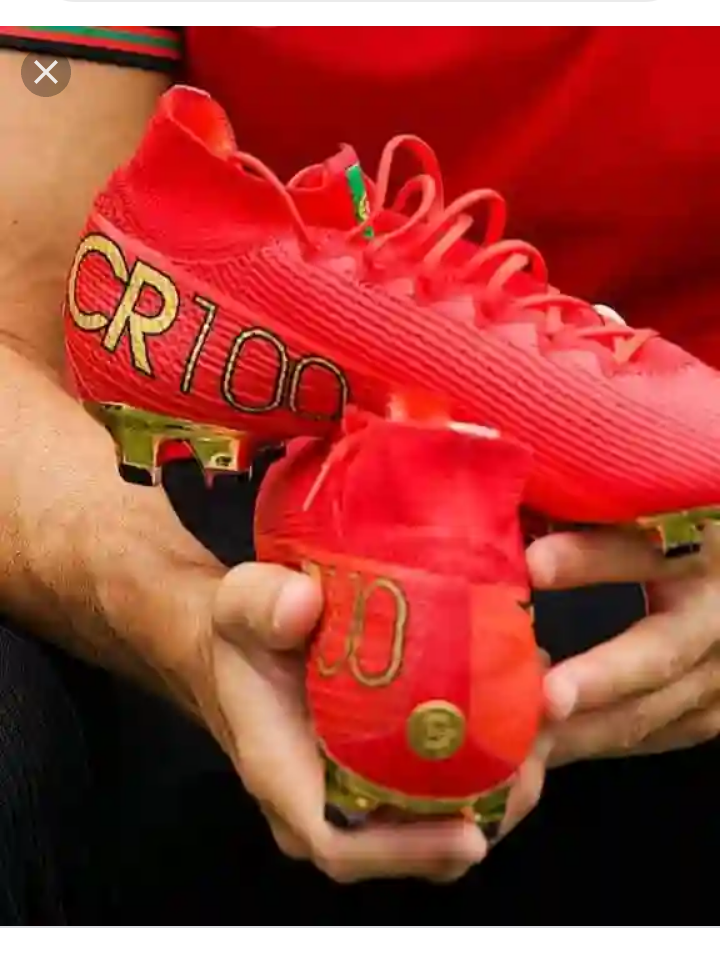 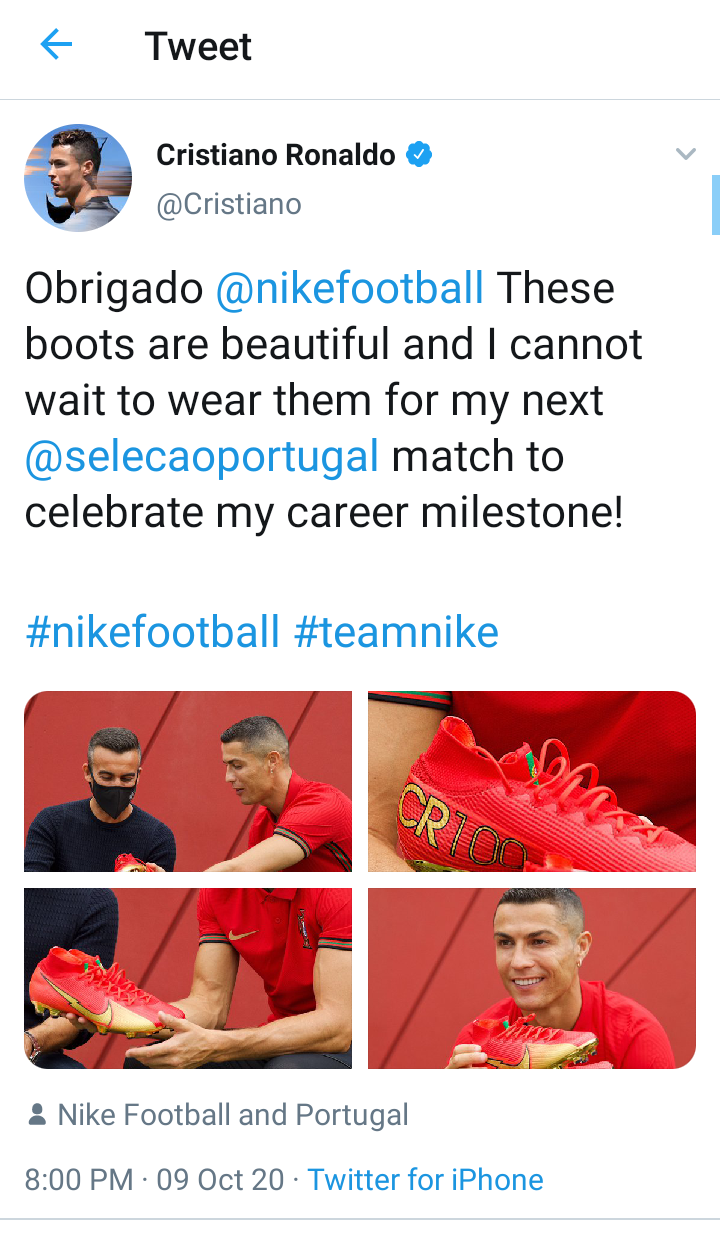 Today Cristiano Ronaldo was very happy about the gift. Where he is much impressed to to face France in their international match on Sunday while wearing the Cr100 boot. 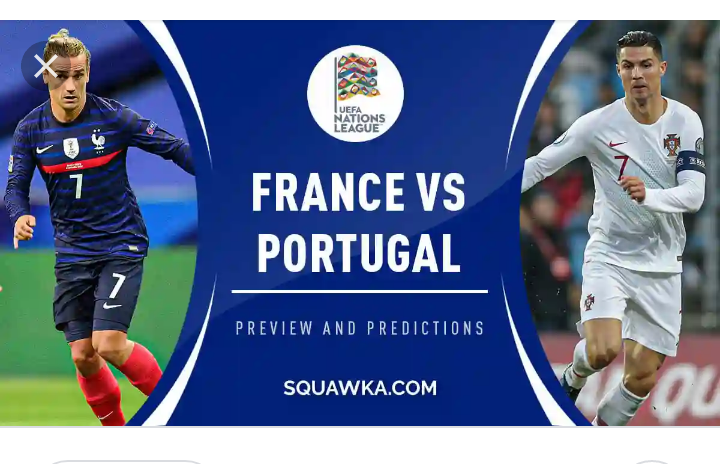 Hope the king will continue netting more goals. Feel free to comment below and also follow me for more News.

Small Type of Business That Can Earn You Big Profits

NHIF Sends Crucial Message to Registered Members, Those that Haven't Contributed For More Than 12 Months