Arsenal recently unveiled Gabriel Martinelli as the club’s new number 11 starting next season. Many were satisfied with the swapping of kit numbers saying that it was about time the Brazilian was given a decent kit number. The number was formerly owned by Lucas Torreira who is now on the verge of joining Fiorentina on a permanent deal at the end of the season. Torreira jokingly commented on Martinelli’s Instagram post of the new kit number by saying “What number will I wear next season amigo?.” 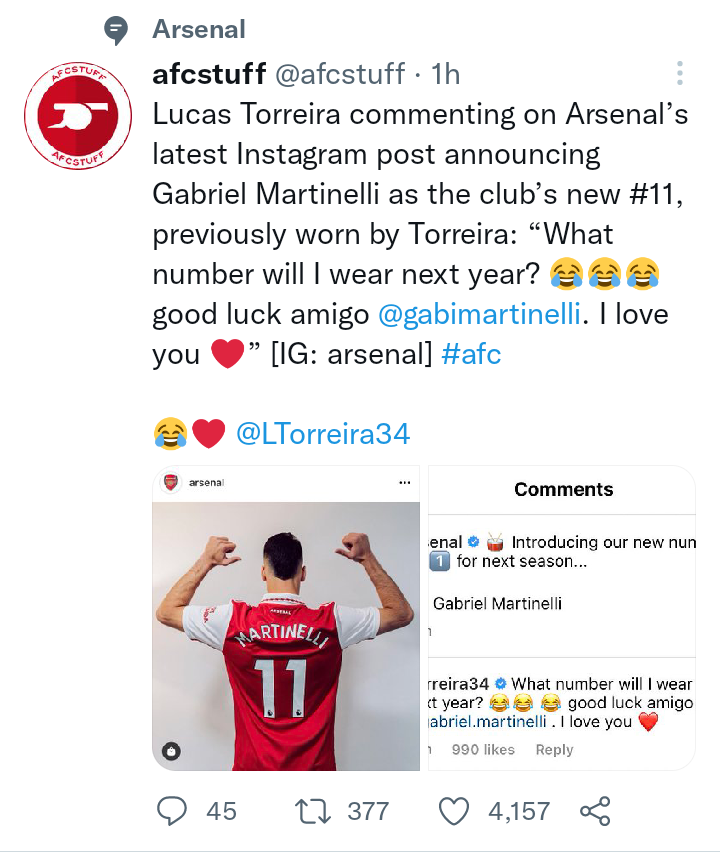 Lucas Torreira was one of the first players Arteta got rid of once he got into the team and many never understood why the manager had such an attitude towards him. He first sent him to Atletico Madrid as collateral for Thomas Partey’s transfer, then sent him to Fiorentina where he now calls home.

Arsenal will be facing Spanish side Sevilla in pre season friendly at the Emirates on July 30th which will be on a Saturday. This will be a great opportunity to give the new players the chance to test their skills and create greater chemistry with the current squad players. Arsenal are expecting the likes of William Saliba, Ainsley Maitland Niles, Austin Trusty, Matt Turner and Marquinhos to join the rest of the squad in the summer as they prepare for next season. 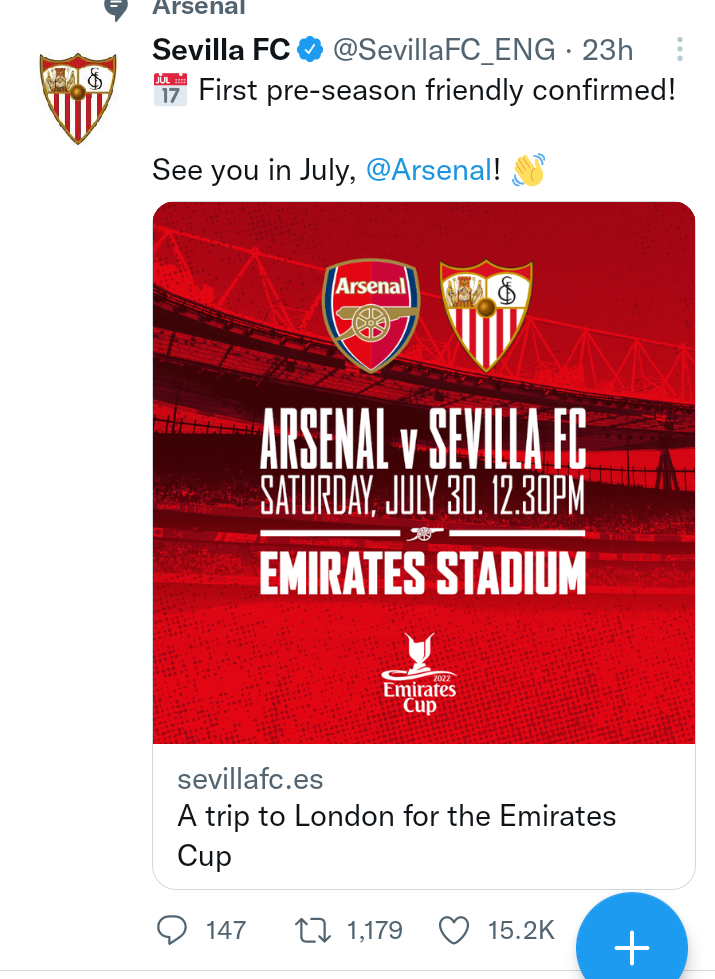 Mikel Arteta was very delighted about the fixture and had this to say about it. “We are very lucky to face such a strong opposition in the summer and it will be a great chance to not only expose our new recruits but also our academy players. Such an experience will orient the players to the European competitions that we will play in next season.”

Time is ticking fast and Eddie Nketiah has not penned his new contract. Nketiah’s agent has been very coy about extending the 23 year old’s contract and that is not sitting well with the fans let alone the club. Many think that maybe Nketiah has decided to leave Arsenal and join another club altogether. 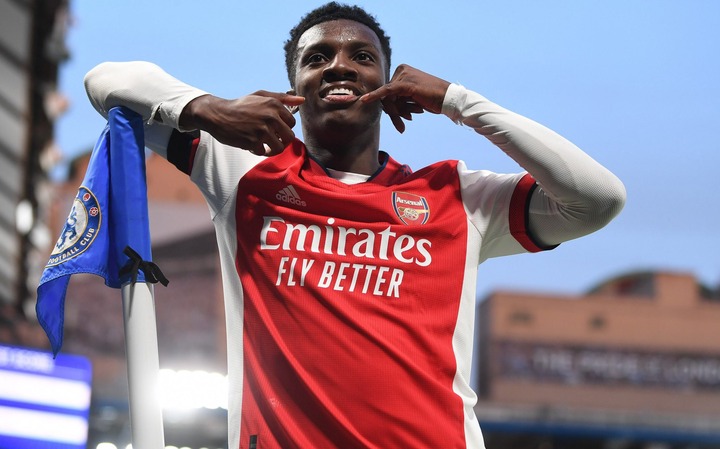