By stanleymwiti (self media writer) | 1 month ago

Chelsea's goalkeeper, Edouard Mendy, gets recognition for another fantastic season, during which he played a pivotal role as Senegal won the Africa Cup of Nations for the first time in Cameroon earlier this year—Mendy saving the decisive penalty in the final shoot-out against Egypt. He was also fantastic between the sticks as Chelsea lifted the Super Cup and the Club World Cup. Mendy has been shortlisted as one of the nominees for the Yashin Trophy, which is awarded to the best goalkeeper in the world. The Senegalese will hope to go one better this time around after finishing second last year. 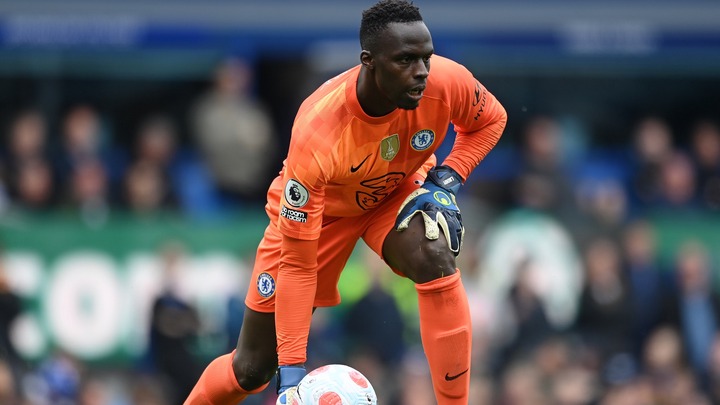 The prestigious award is named after the Russian Lev Yashin, who is still the only goalkeeper to ever win the Ballon d'Or. Mendy is among the 10 nominees for the award.

Chelsea women's players Kerr and Bright were instrumental as Chelsea Women won the WSL trophy for the third season in a row and lifted the FA Cup twice. Due to her consistency and quality, she was a regular in every one of Chelsea's women's 39 games in all competitions. The English defender was ever-present for England as they won the European Championships for the first time.

Samantha Kerr, on the other hand, enjoyed her best season at Chelsea, finding the back of the net 20 times in 21 Women's Super League appearances to comfortably lead in the top scorer standings. The Australian received a number of prestigious individual accolades for her incredible display in front of the opponent's goal, claiming the WSL Player and Goal of the Season awards, among other accolades.

The duo are among the 20 shortlisted candidates for the Ballon d'Or prize that will be handed out in October this year.

Content created and supplied by: stanleymwiti (via Opera News )

A Lady Steals The Show With A Bright Yellow Boat-Like Rolls Royce.