By LennieCroozy (self media writer) | 4 months ago 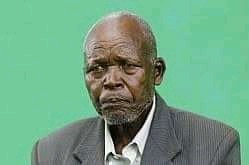 Athletic fans, Kenyans and Nandi county leaders have since come out in large numbers to convey their tributes and send condolence messages to the family of the fallen hero who has been described as an astute statesman.

Led by Nandi county governor Stephen Sang who was the first person to officially break the news to the entire nation, Mr Kogo has been mourned as a true legend who took the flag of the country to a high level.

"It's with deep sorrow that we have lost oneo f our legendary athlete, Benjamin Kogo from Kapsumbeiywo in Emgwen Sub County. The late Kogo was among the pioneers of Kenya's greats in men's 3000m steeplechase. He is best remembered for winning Kenya a silver medal at the 1968 Olympics. Rest In Peace legend!" Stephen Sang wrote. 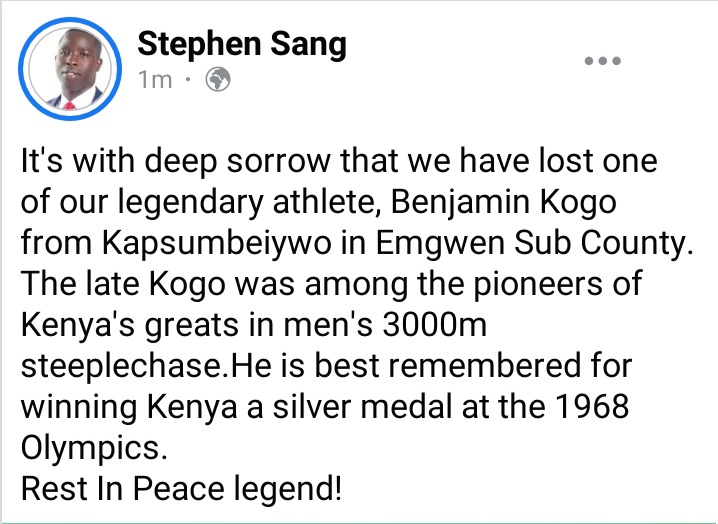 Benjamin Kogo was born on 30th November 1944 and he hit his big-time during the 1968 Olympics when he won a silver medal in the 3,000 steeplechase after another Kenyan Amos Biwott took the highly coveted gold medal.

Before that, he had failed to make it to the finals during the 1964  games before winning a gold medal during the first All-Africa games held in Brazzaville in 1965. He also managed a Bronze medal in 1966 during the British empire and commonwealth games. 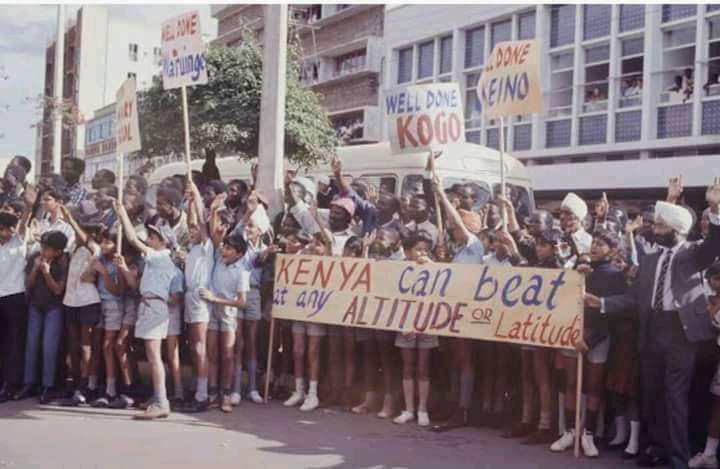 The cause of his death is still not clear by the time of publishing this article and more details will follow. May his soul rest in eternal peace.