By Life-Experience (self media writer) | 2 years ago

Recently speculations and rumors from allover hinted that some Chelsea FC players may be sold and others shown the exit due to their expiring contracts. Some key players also threatened to leave the West London club only to have an increment in their wages. Some of the players that were linked to transfer rumors in the club included; Olivier Giroud, Kepa Arrizabalaga, Marcus Alonso, N'golo Kante, Jorginho, Rose Barkely, Willian and even Emerson Palmieri. 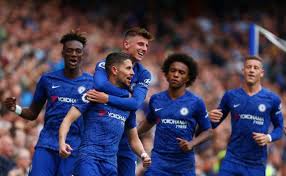 On their social media page, Atalanta Fotball Club officially confirmed the signing of Chelsea's midfielder, Mario Pasalic on a permanent deal basis. The Croatian Midfielder had been on long loan spell with the Italian-based club for the last two seasons. 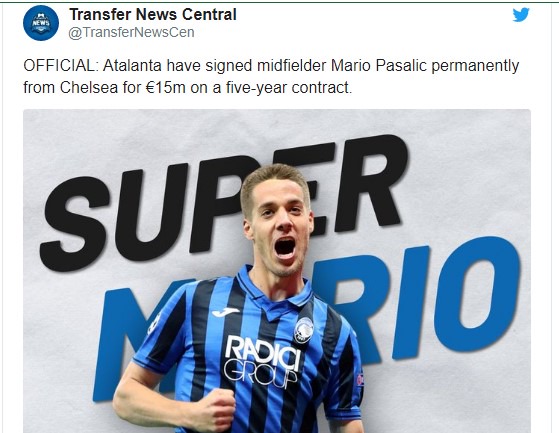 Chelsea pocketed a disclosed transfer fee of about 13.5Million Pounds for the player who never featured for the Blues even in a single match in his six years at the West London Football Club. Mario Pasalic is now officially an Atalanta player after the Serie A club managed to turn his long loan spell deal to a permanent entity. 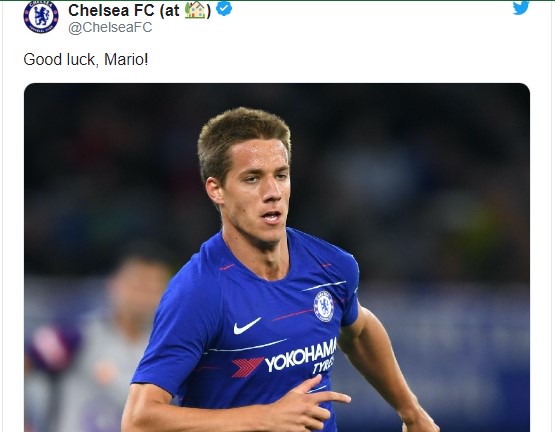 The transfer deal so far meant, Chelsea fans are deprived off the freedom to call Mario Pasalic their own player without inserting "former" in their statements. The 25-year-old enjoyed two good seasons with the Serie A giants netting 15 clear goals in 74 appearances. 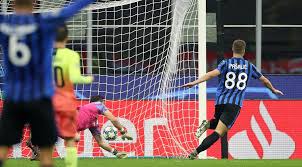 Italian journalist Fabrizio Romano revealed that, a net of about 3 Million pounds will go to Croatian side, Hadjuk Split while 13.5 million pounds will go to Chelsea football club for the player has never played even a single match for the West Londoners. The Serie A giants applauded that, the midfielder has played extremely fantastically for the club and that was far much enough to award him a stronger deal. 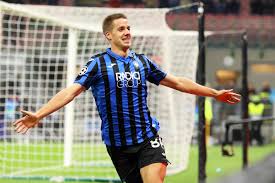 Last season, Mario Pasalic who had never played a match for Chelsea despite being the club's player signed a new contract which would see him remain in Stamford Bridge until 2022. All this was to see him win a bumper deal from a potential buyer.

Mario Pasalic went on loan with clubs like Elche, Monaco, AC Milan and Spartak Moscow for a season each before a breakthrough spell at Atalanta from where he signed a permanent deal. Chelsea fans, could this come to be a sad case like the ones of Kevin de Bruyne and Mohamed Salah?