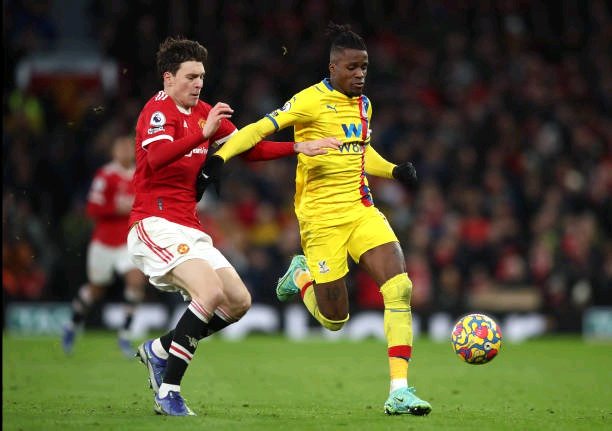 Manchester United have an abundance of defenders on their books and on loan. However, the centre back position is really competitive at the moment. At the moment, Harry Maguire, Victor Lindelof, and Raphael Varane are the three leading contenders for the starting spot. Then there's Eric Bailly and Teden Mengi, as well as on-loan Axel Tuanzebe at Aston Villa.

Lindelof has certainly been Manchester United's most crucial defender since the start of the season. Harry Maguire and Luke Shaw did not have a good start to the season. Indeed, they are the primary reason for Ole Gunnar Solskjaer's dismissal.

Lindelof has been rightly criticized for his apparent lack of physicality, but his speed and intelligence easily compensate for any physical deficiencies he may have, as it is uncommon to find a defender of his caliber who relies on their intellect and ability to read the game rather than the number of tackles they make.

This season, Lindelof already has two assists. This is not because he advances consistently to attack, but rather because of his long-distance passing skills. He is constantly on the lookout for runs behind the opposition's box, and it is generally Marcus Rashford who makes those runs, since he is too unique for the opposition's defense to keep up with his pace.

He has an 86 percent passing accuracy while averaging 43.7 yards per game, which is quite impressive given his preference for big balls.He has a 100 percent dribble success rate and has won 57% of total duels and 58% of aerials, surrendering possession only 7.2 times per game.

A centre back like Lindelof would thrive in Pep Guardiola's tactical approach, and it appears as though the Swedish international would excel during the Ralf Rangnick era.