By Onlinenews_Updater (self media writer) | 1 year ago

Michael Olunga is a Kenyan soccer player. He plays as a striker for the national team Harambee Stars. The towering striker played a key role in Harambee Stars' qualifications to the African Cup of Nations in Cairo Egypt in the year 2019. 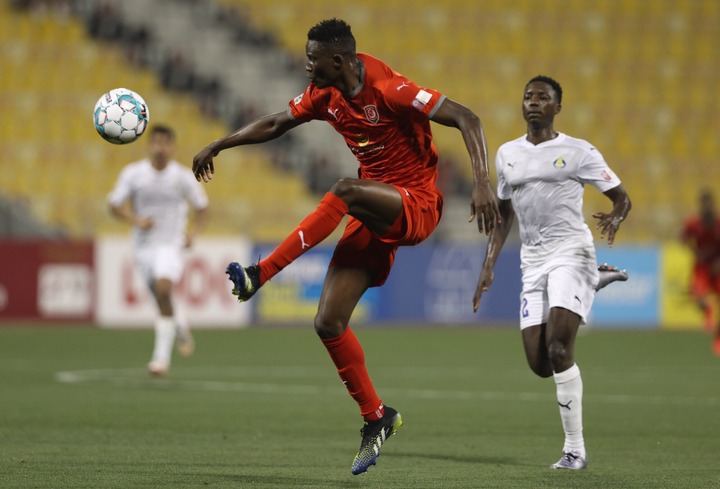 Michael Olunga has played abroad for many clubs. Olunga played for Djurgardens in Sweden before he switched to Spanish La Liga side Girona. Later he moved to Japan Leagues whereby he turned out for Kashiwa Reysol. He did tremendously good after he scored 29 goals in just 34 matches winning the golden boot and the Most Valuable Player awards.

This year, Olunga moved to Qatar Champions Al-Duhail SC. He has emerged unstoppable scoring in almost every match he has been involved. He has also emerged in top five for his club in terms of goals with the few matches he has started.

In my view, Michael Olunga has proved beyond reasonable doubt that he can play in European elite leagues. He possesses the physique, great skills in dribbling and has speed when with the ball.