Tusker FC has name the lineup ahead of CAF Champions League match against Zamalek SC as from 3 PM at Nyayo Stadium. 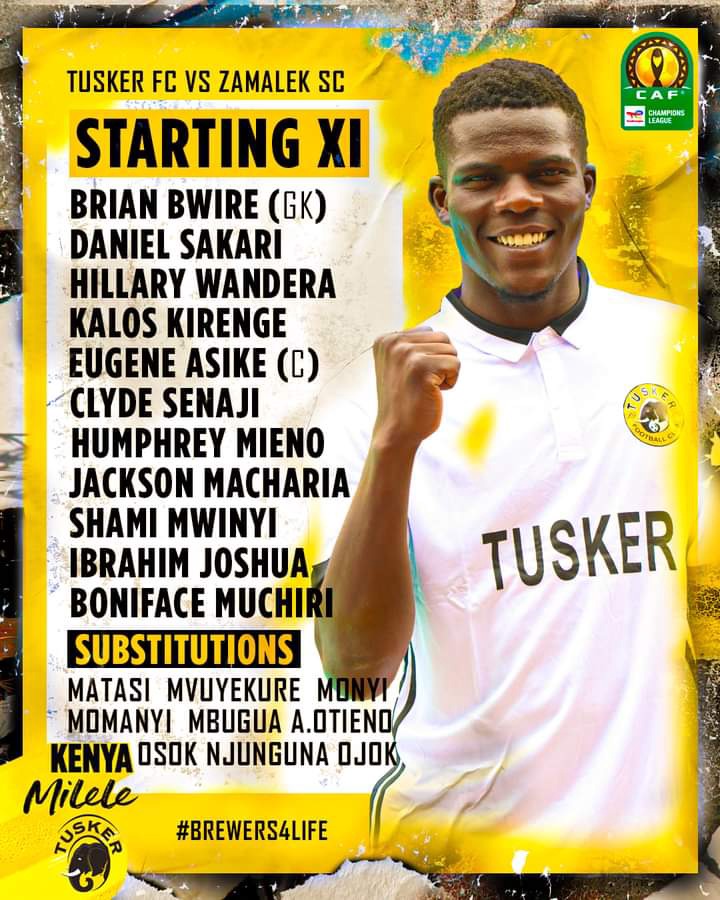 Newly signed Vihiga United duo; Lawrence Luvanda ans Stewart Omondi will not feature as their names were not submitted to CAF.

Kenyan representatives Tusker FC defeated AS Arta Solar 7 of Djibouti to book a fixture with Egyptian champions, Zamalek SC who were given a bye.

The second leg will be played in Egypt a week later; with the winner of the two-legged encounter qualifying for the group stages of CAF Champions League.

Hosts Tusker FC are going for maximum points so as to better their chances of qualifying for the next round.

Raila Meets Powerful Businessman Ahead Of His December 10 Big Announcement