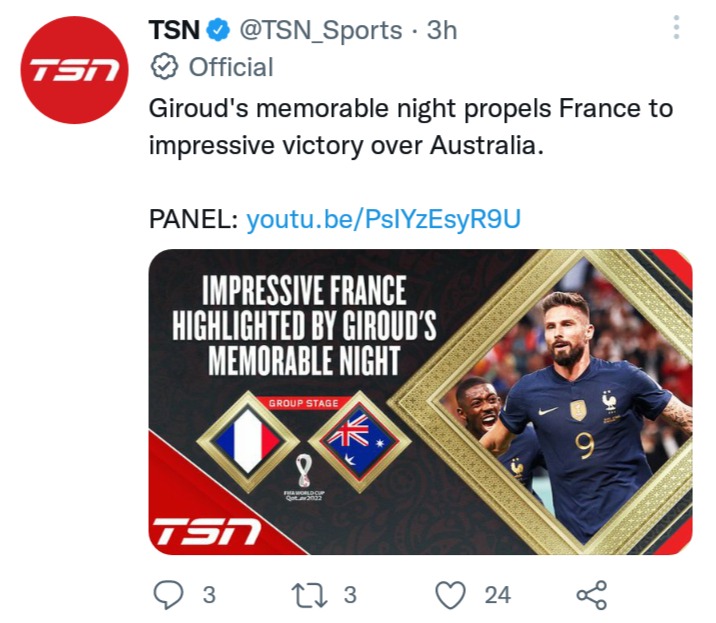 When Craig Goodwin gave Australia the lead within the first ten minutes of the match, Didier Deschamps' team ran the risk of repeating Argentina's defeat to Saudi Arabia on a day that began with one of the biggest shocks in World Cup history.

But goals from Adrien Rabiot and Olivier Giroud gave France the lead before the half, and Kylian Mbappe emerged as the game's star player in the second half.He scored the third goal and then sent a magnificent cross that Giroud used to score the fourth. 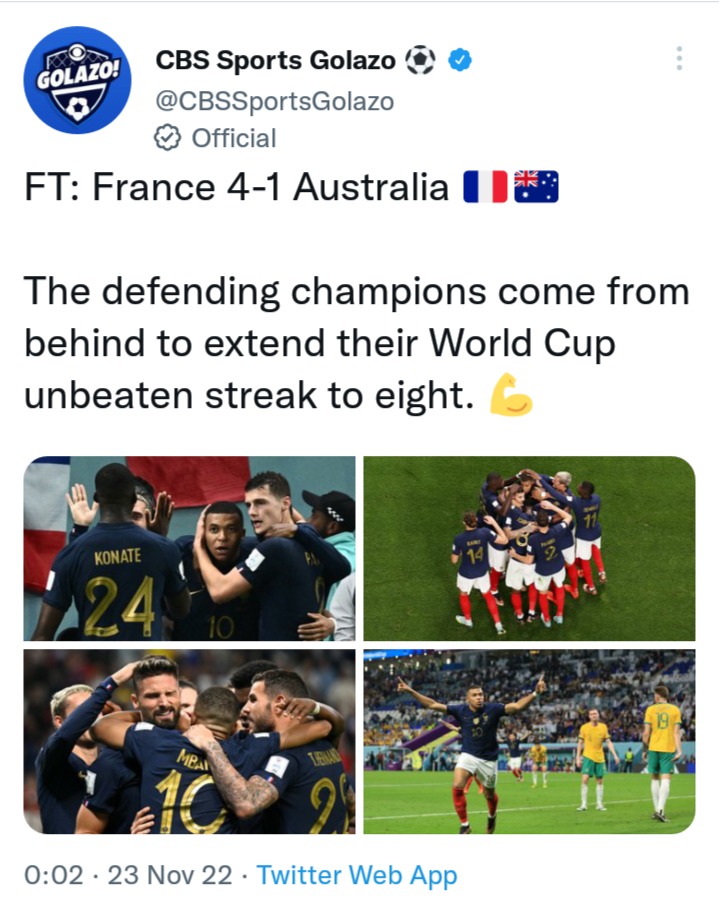 With that goal, the 36-year-old Giroud joined Thierry Henry as the all-time leading scorer for France's men's national team with 51 goals.The magnificent Mbappe will undoubtedly one day break this record.

This was not the best performance of his career, not even close.On a night that was special for Giroud because of his goals, perhaps he will receive the praise.Mbappe, on the other hand, was unquestionably the best player on the field. 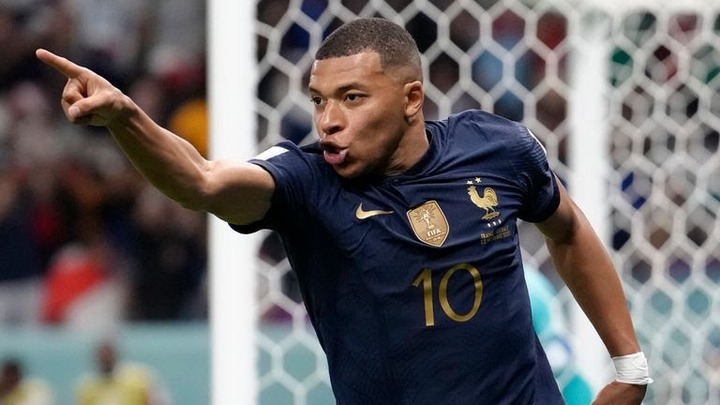 Even at just 23-years-old, Mbappe has little left to prove. He is a World Cup winner already, of course. But having matched Pele's achievement of scoring in a final as a teenager, he looks well capable of repeating the Brazilian's feat of following up by retaining the trophy.

There are rumours that his relationship with Giroud is not all it might be off the pitch. On it, he appears to have the ideal foil. France have the team to provide him with the platform. He has the talent to seize the stage. Nobody would be shocked if this is his World Cup. 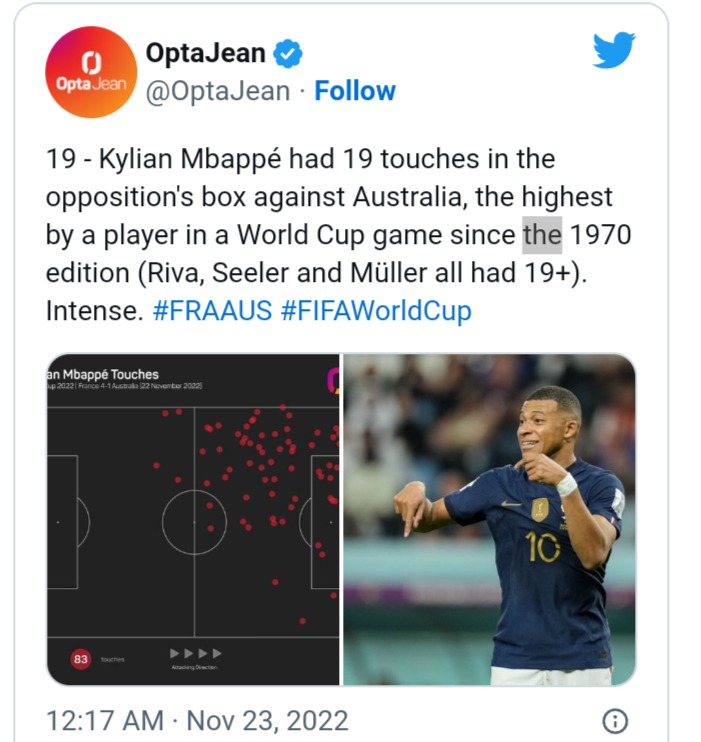 Kylian Mbappé, who has scored 12 goals in his last 11 appearances for France, is the youngest player to reach five World Cup goals for the country. 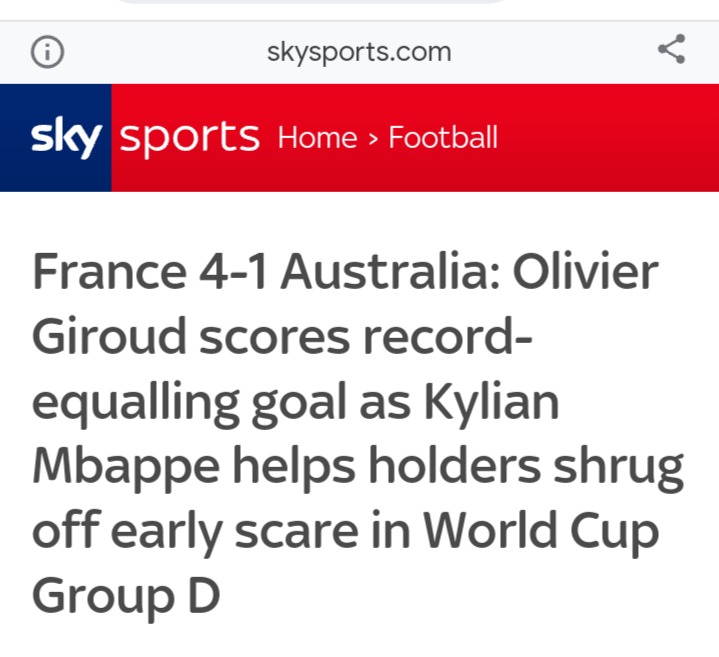