Yesterday the Euro last of Sixteen Round games continued with France playing against Switzerland and Spain against Croatia.France match vs Switzerland kicked off late in the evening at 10pm Kenyan time.It was a tough and competitive game enjoyable to watch as both teams played at their best, so that they could secure qualifications to the quarter finals.Switzerland Scored the first goal in the first half but France managed to come back in the second half and Scored three goals.Pogba Scored one goal for France while the other 2 goals were Scored by Benzema.The big game ended a draw of 3-3 but Switzerland managed to win in the Penalty Shoot Out thus qualifying for the quarter finals. 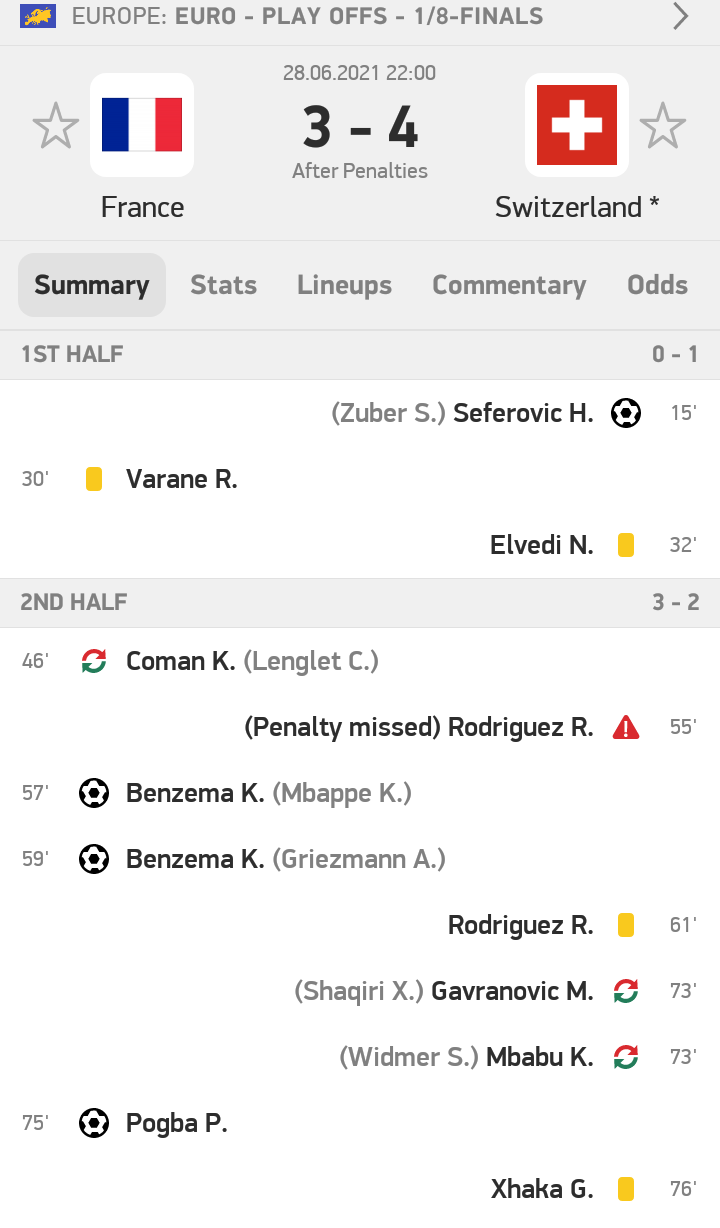 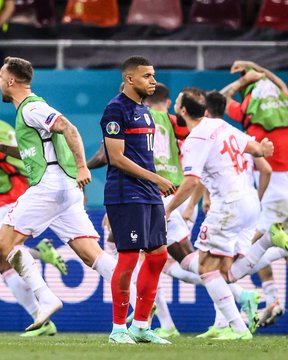 The other was Spain Vs Croatia which was full of drama where each team Scored more than three goals.Croatia lead by scoring the first goal but Spain equalised before the break of the first half.It was really a competitive game in the second half where each team netted more two goals making a 3-3 draw in full time. The Match continued to an extra time of thirty minutes and Spain managed to score more two goals making it finish 5-3.Spain qualified for the quarter finals after that win while on the other side Croatia was eliminated.Here is the list of leading Topscorers and the King of Assists upto now.Ronaldo is still the first in the list of Topscorers while Benzema comes second after scoring two goals last night. Switzerland international Steven Zuber is the king of Assists leading with four of them. 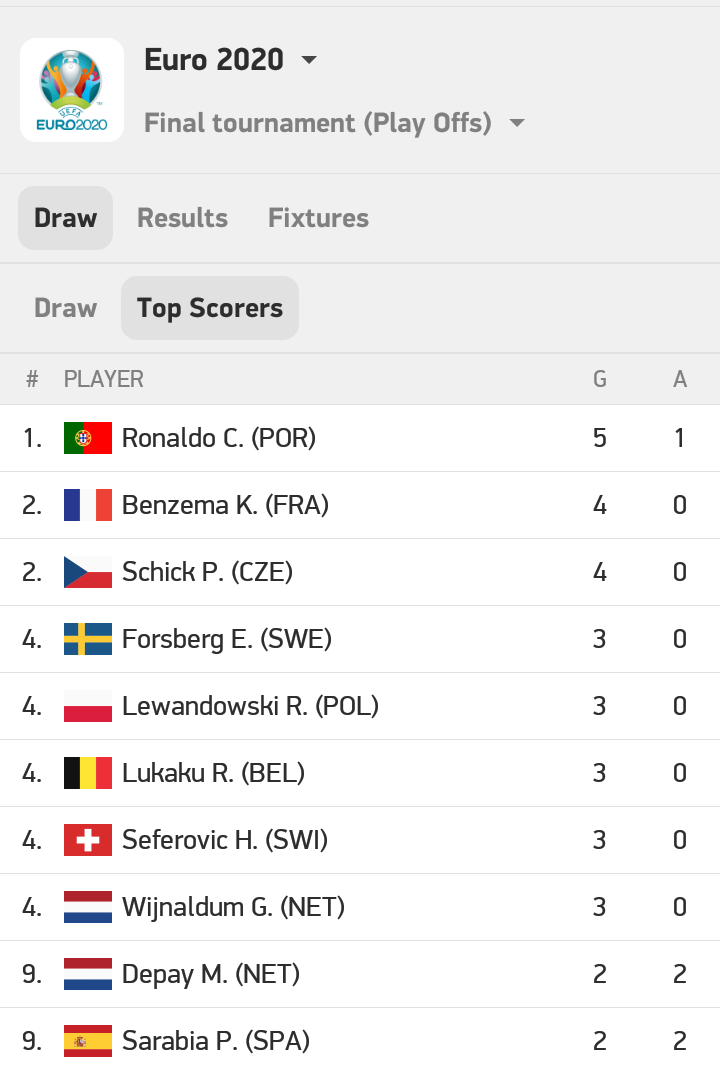 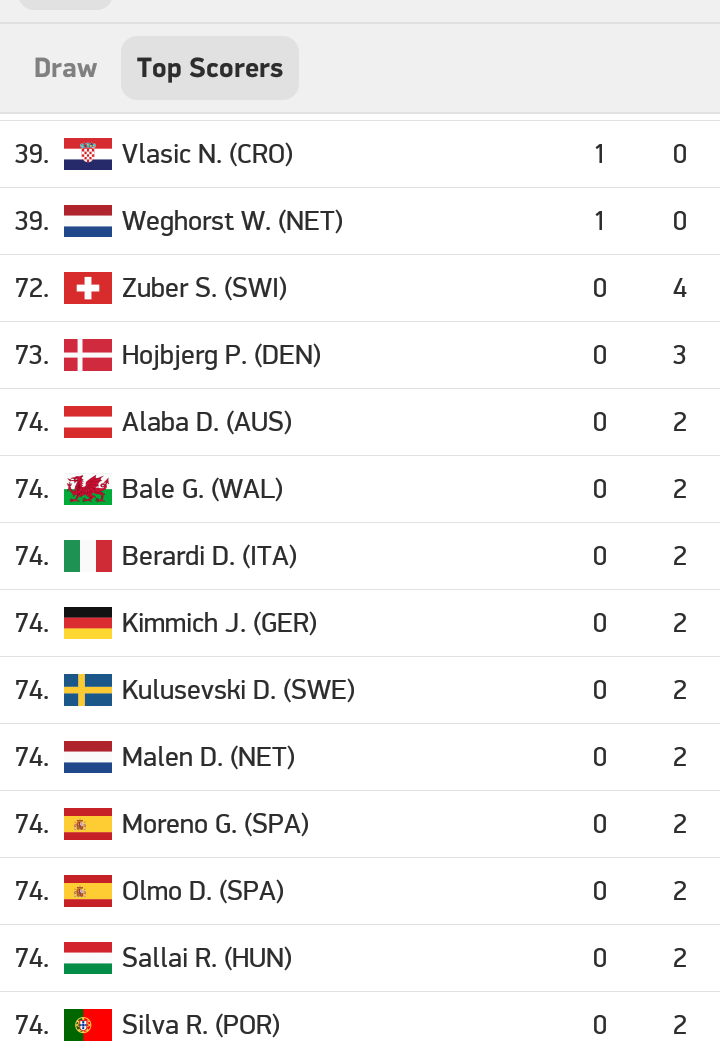 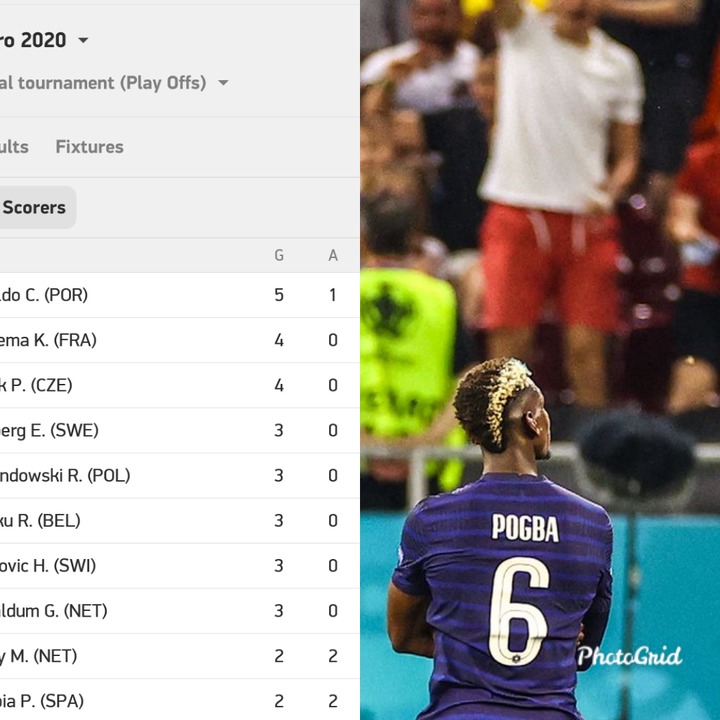