Aubameyang Proves Arsenal Wrong, They Made A Mistake In Letting Him Leave

By FootballandLifeCorner (self media writer) | 4 months ago

Gabon international Pierre Emerick Abumayang was sold by London club Arsenal this January after he fell out with coach Mikel Arteta for an alleged indiscplinary issue.One month down the line after joining Catalan giants Barcelona,Aubameyang has already proven Arsenal wrong and indeed they made a mistake in letting him leave.He has so far scored five goals and provided one assist in just six games played.This is more than what he had achieved at the gunners since the new season began. 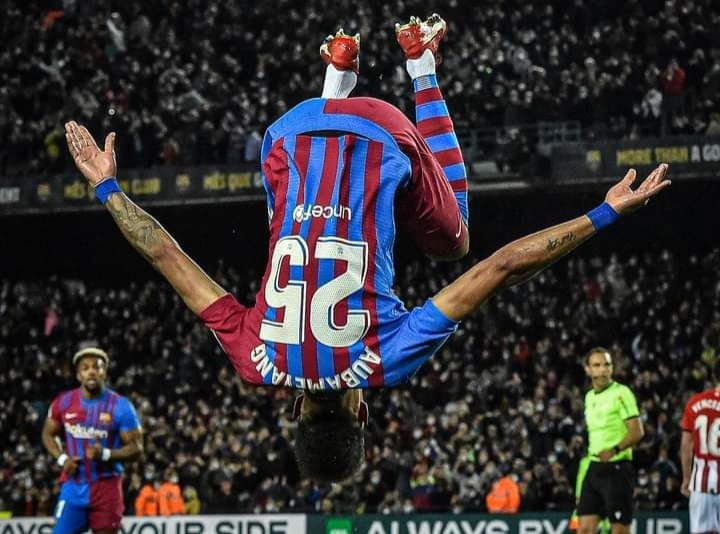 Over the weekend during Barcelona's league clash against Athletic Bilbao,he was once again on target as he scored one goal in their four goal win.He also won the man of the match award after making two successful dribbles,three shots on target,two big chances created and three key passes.Aubameyang is back to being one of the best strikers in the world and it is just a matter of time before he leads Barcelona to glory.