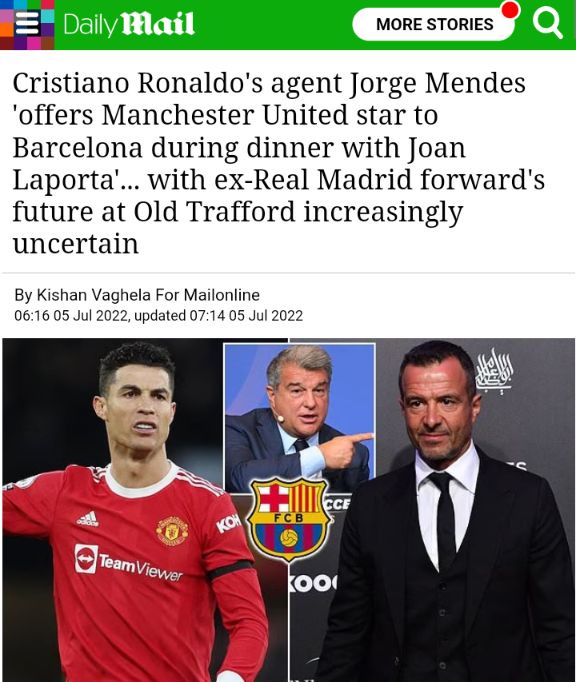 Manchester United are looking forward to making important of transfer decisions this summer. Especially with Erik ten Hag in need of new player to boost his squad ahead of his first season as United manager. 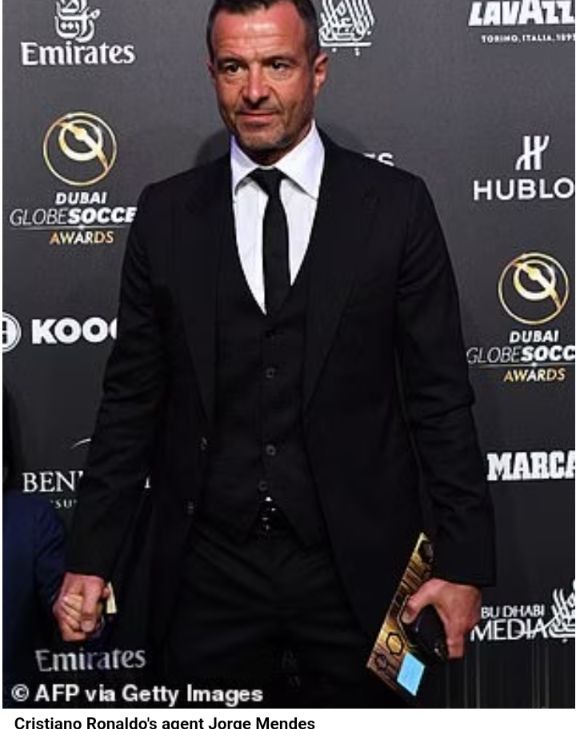 According to Sunsport report Manchester United have been as well dealt a huge blow recently after Ronaldo asked to exit the club this summer. It's believed could be due to lack of the big European competition, Champions League next season at the Old Trafford. 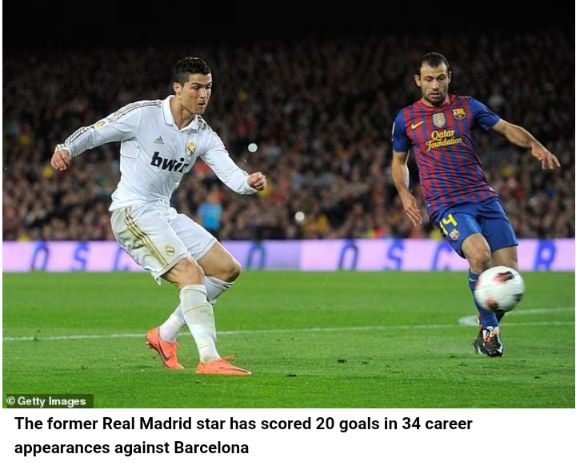 According to Daily Mail via AS report the Manchester United ace agent Jorge Mendes in a recent dinner with Barcelona president Laporta he offered Cristiano Ronaldo to the Catalans. In a bid to try get a new club for his client ahead of next season. 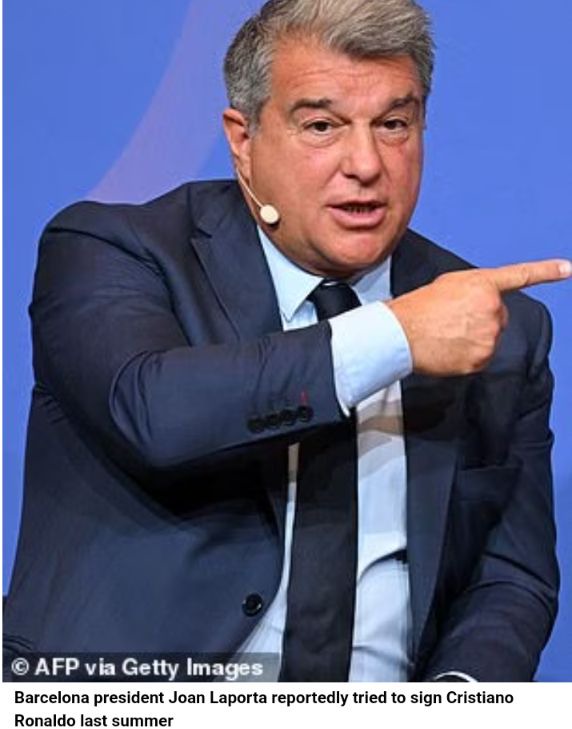 However Manchester United are believed to be clear that they in this summer not ready to sanction departure of the 37-year-old. Ronaldo hasn't reported back to Carrington training complex for training as per required by United yesterday for International players in this summer. 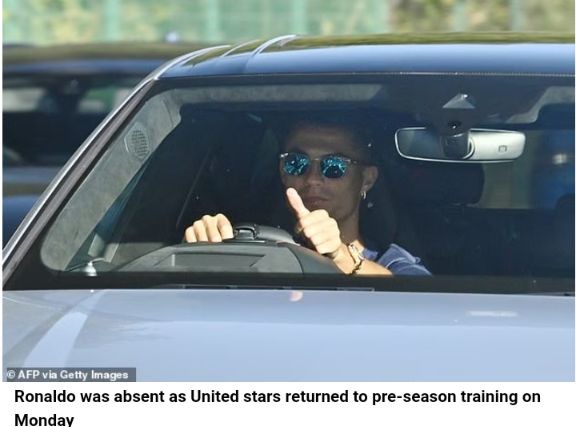 But he asked for permission to his delay due to a family reason as per Daily Mail report. Chelsea are reported to be interested in his signature especially Todd Boehly. But will have to convince the manager Tuchel to sign Ronaldo. 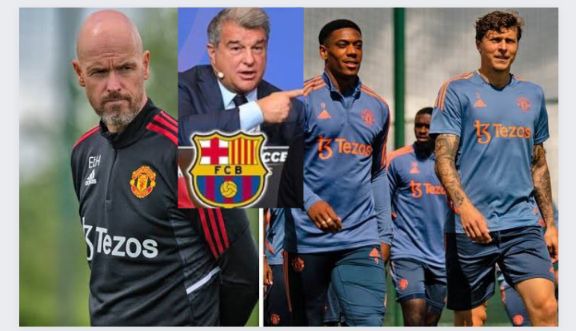