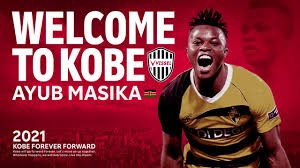 The Harambee Stars winger started in the game at Pocarisweat Stadium and it was Kobe, who took a deserved lead with only two minutes played when Hotaru Yamaguchi found the back of the net with a low footed effort.

Kobe went into the half-time break leading 1-0 and in the second half, Timbe, who signed for the Japanese club from Beijing Renhe, then scored his first goal in the 52nd minute and then sealed the win in the 93rd minute with his second goal of the day.

Masika was born on 10 September 1992 in Pumwani an estate in Nairobi, Kenya. 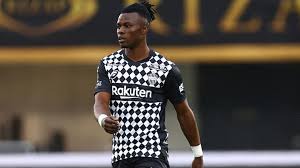 In May 2010, Masika signed a 2-year deal with Genk from Germinal Beerschot. He played for the club's reserve team until he signed a new 4-year contract with the club in June 2011.He made his debut for the club when he came on in the 82nd minute for Nadson in a 1–1 draw against Zulte Waregem on 15 January 2012.He got his first assist for the club on his second appearance during their 5–0 win

On 29 January 2012 when he delivered the ball to Christian Benteke for the fifth goal of the match.He scored his first goal for Genk in their 2–0 EUFA Europa league win against Swiss opponents FC Luzern, in the 88th minute, on 30 August 2012 at the Crystal arena. 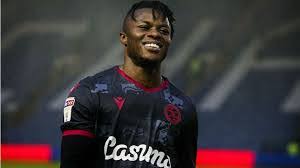 Masiku was loaned to Lierse fc from Genk for 2 seasons on 1st September 2014 with an option to buy at the end of the loan.He played well and later signed for Lierse fc on a three-year deal and later joined Renhe.

Masika joined China league one side Beijing Renhe in February 2017. He scored eight goals in his first season to help win promotion to the Chinese Super League. The following season, he was loaned back to the second tier to play for Heilongjiang Lava Spring, though he also scored seven goals in 14 games in the top flight for Beijing Renhe.

On 31 January 2020 - transfer deadline day in England - Masika joined EFL Championship side Reading on loan until the end of the season.

Masika was meant play in a 2013 Africa Cup of Nations preliminary round match against Togo on 29 February 2012, but could not fly back to Kenya as he had club commitments with Genk that day.However, he made his international debut for Kenya against South Africa on 16 October 2012, coming on as a substitute for Thika United forward Francis Kahata in the 61st minute. Kenya lost the match 2–1. 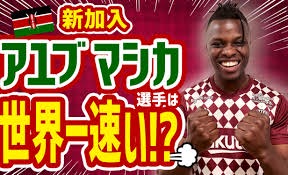 Masika was called up to the Kenya national team once again for a friendly against Libya to be played on 6 February 2013, but refused to play, claiming that the Football Kenya Federation owed him money from his last appearance for the team against Tanzania.He made his return to the side on 18 May 2014, starting and playing the full 90 minutes in a 2015 Africa Cup of Nations qualification match against Comoros. Masika scored his first goal for the national team 12 days later in the second leg, scoring a free kick to secure a 2–1 aggregate win for the Harambee Stars and a second round match-up against Lesotho.