So with two months of the window remaining, Mirror Football has taken a look at how Arsenal’s sides could line-up come September .

The former Watford goalkeeper, Ramsdale remains the undisputed number one in between the sticks at the Fly Emirates stadium this summer after showing his world class display last campaign

As from the look of things , Matt Turner looks set to become Ramsdale’s deputy goalkeeper with Bernard Leno

Arteta looks set to begin new campaign with the same back four which partnered last season. Gabriel and Ben White starting at the Central defence, Kieran Tierney and Takehiro Tomiyasu are also being tasked with the starting post in the line-up, in especially in their most settled part of the team.

Arsenal, Arteta will have an early decision to make as during the pre season campaign as to whether new member Fabio Vieira goes straight into the starting XI , but the double pivot of Granit Xhaka and Thomas Partey remaining formidable, could still remain the reliable midfield combo next season

At the attacking midfield role, Martin Odegaard looks to be an automatic starter and could yet be given the captain’s armband, having assumed the responsibility in the final weeks of last season 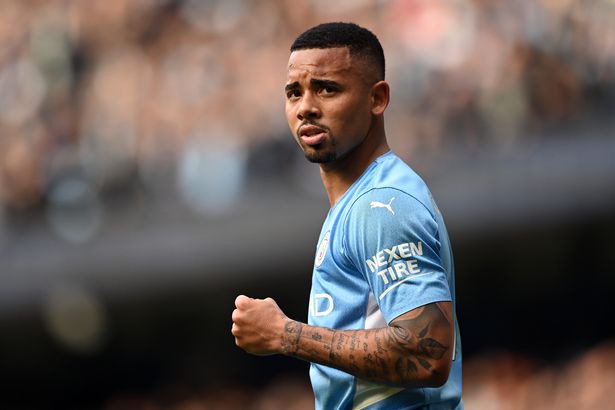 Arsenal’s has been monitoring Gabriel Jesus deal for some times until they signed him.

The  former Manchester City and Brazilian forward will become the important asset in Arteta’s attack and will fill the void of the departed Alexandre Lacazette and Pierre-Emerick Aubameyang.

Alongside him, Bukayo Saka who has established himself as the important player in Arteta's squad last term. Gabriel Martinelli is an option on the other side, but the pursuit of Serge Gnabry from Bayern Munich would hinder Martinelli chances of makingArteta's first eleven next season.

With a (4-3-3) Formation , below is Arteta's first eleven next season after summer transfer window closes