Arsenal have already completed their first signing of Gabriel Jesus from Manchester City. The Brazilian is considered as one of the best finishers in the Premier League but his lack of playing time under Pep Guardiola made him to switch to the Gunners this summer.

The Brazilian international played 236 games for the Cityzens in all competitions and managed to score 95 goals which includes 58 Premier League goals.this shows how good he had been while playing for the Cityzens.

However despite Jesus being one of the best strikers in the Premier League, He might face a tough competition from one of the Gunners star, Eddie Nketiah. 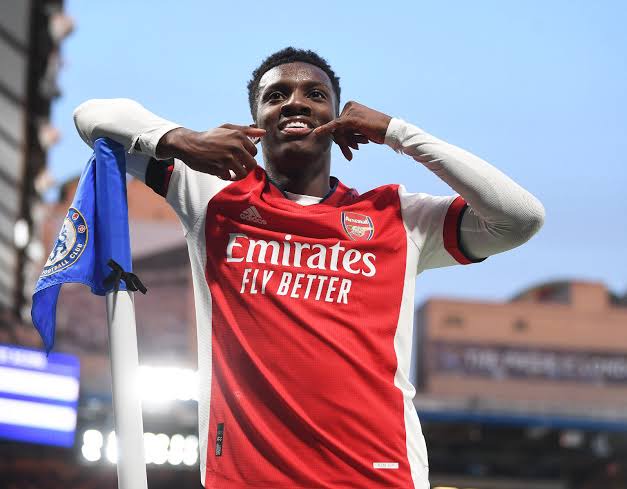 Nketiah who developed in the Gunners academy proved his class last season. He had been starting from the bench in most matches for the Gunners last season. In the last eight matches, Arteta gave him a chance to prove himself following Lacazette injury where he ended up displaying a great performance.

The 21 year old ended up scoring five goals in those eight matches which include a double against Chelsea. His great speed and footwork gave top defenders a headache to stop him. 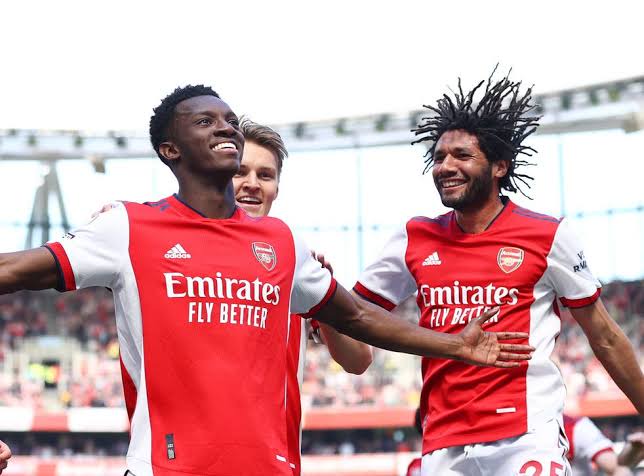 Many have been praising him for his great finishing skills. He extended his contract just recently proving his is ready to challenge for the first team next season.

Gabriel Jesus will now have to fight for his place next season in the Arsenal squad due to the presence of Nketiah who proved last season he can become one of the best finishers in the Premier League.

This now means that Eddie Nketiah might give Gabriel Jesus a tough competition next season following his top perfomance during the end of last season.

Forget Man United, Here Is EPL Big Club Which Is Likely To Struggle This Season