We’ve got five selections from Saturday’s Championship, League One and League Two matches for todays matches.

The Blades have struggled to recover from being relegated but this has to be a good chance to kick-start their Championship campaign, as these teams were in the Premier League and League One last season. 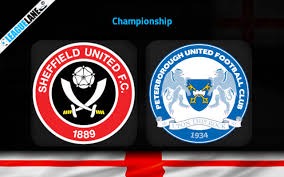 Landing Wolves midfielder Morgan Gibbs-White and former Everton goalkeeper Robin Olsen on loan was a boost and the international break will hopefully have helped Slavisa Jokanovic to rally his troops.

Albion have rattled off four straight Championship victories since starting out with a decent draw at Bournemouth and sit joint-top of the table alongside Fulham.

Valerien Ismael celebrated wildly after a last-gasp success at Peterborough maintained the momentum and declared: “The last-minute winner is the most emotional in football and means a lot. Such a win will bind an emotional connection between the staff, fans and club. Emotion is what we missed last year.”

Doncaster are languishing at the foot of League One after picking up just a single point from five fixtures and failing to score in three away defeats.

Wigan are fifth after securing seven points out of nine on home turf, beating promotion hopefuls Rotherham and Portsmouth at DW Stadium. Manager Leam Richardson said: “We’re still making small steps and we’re absolutely made up with the start that we’ve had.”

This is a top-of-the-table clash between the joint-leaders in League One but Sunderland look far better equipped to sustain a title challenge and are fancied to show their class at the Stadium of Light in our football accumulator tips.

Ross Stewart’s brace helped the Black Cats to beat an in-form Wycombe side 3-1 at this venue and assistant manager Jamie McAllister beamed: “Our young lads keep proving how good they are; they’re learning every week, growing every week – and it’s pleasing to see.”

Kenny Jackett’s side have only had one real blip in League Two so far when beaten at home by early pacesetters Harrogate and the O’s responded well to that setback by beating Bradford 2-0 at Brisbane Road before drawing 2-2 with Newport in Wales.

Towering front man Harry Smith always looked likely to prove a good signing at this level and he has netted four times in five appearances for his new club. Oldham suffered a fifth loss in six league games when going down 3-0 at home the past weekend.