Liverpool's start Fabinho has slotted Manchester City and Chelsea as the two premier league favourites this season that could have a fierce rivalry to the Reds.The Brazilian international has mentioned that the aforementioned teams are increasingly sturdy. 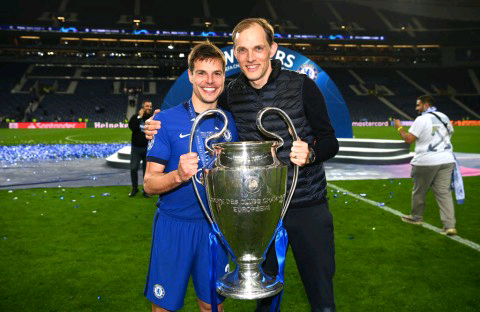 The Citizens won the EPL trophy in the last campaign,with12 points off the runners-up; Man United.He has mentioned that the later are probably going to be tougher in competition so as to defend their championship.His assertion comes despite the fact that The Red Devils have had an impressive transfer window,with Cristiano Ronaldo,Jadon Sancho and Raphael Varane stepping in.

The Blues on the other hand who finished fourth last season have ever thrived since Thomas Tuchel replaced Frank Lampard as the manager.The climax of their progress was the mastering of the Champions League glory.The continued influx of star players to the bridge has provided the rationale for their unbearable competence.The signing of the world class Romelu Lukaku and Paul Niguez tells the whole story.

"I think Manchester City are the favourites, as they’re the defending champions and still keep strengthening themselves, which is what they do every season,’ Fabinho told ESPN.

‘They, even being champions, always want to reinforce, so they are favourites for the season. Chelsea, current Champions League champions, keep buying, too. I think these two teams come really strong, too, and are the favourites.’

Content created and supplied by: G.k244 (via Opera News )