Shaw States His Best Manager Between Solskjaer And Mourinho

By Sirez.com (self meida writer) | 1 months

Manchester United has worked under four managers since Alex Furguson retired from football back in 2013 and they haven't found another boss to fit his shoes.

David Moyes took over from Ferguson and later he was sacked and replaced with Van Gaal who won the FA cup and got sacked for failing to finish in the champions league spot. 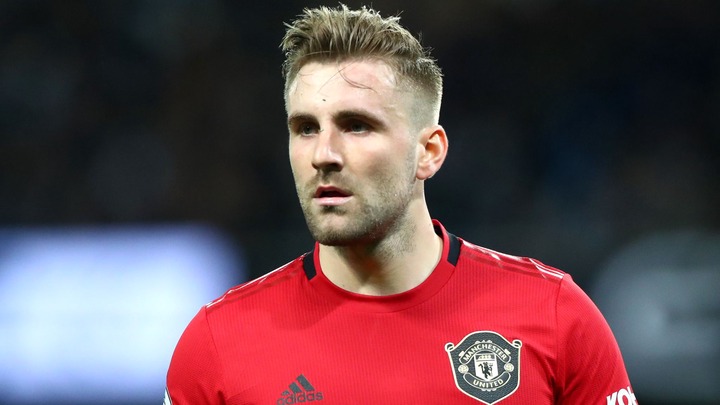 Mourinho came and won the Europa league but after a series of poor results, he backed his things and Ole was given the club to lead as a manager.

After working closely with Mourinho and Ole, United left-back Luke Shaw has revealed who is the best manager between them given he has interacted with both mangers as said.

According to Shaw, Solskjaer is the best manager and a friendly man to work with and he has a unique character compared to Tottenham boss Mourinho.

The Mirror reports that Shaw claims to be happy with Solskjaer as he uses tactics that fit every player and this the best for him as he has improved under the Norwegian.

He added that he struggled in Mourinho's reign which made him lose his position in the national team.

Shaw has turned to be an important player for manager Ole Gunnar Solskjaer as he shapes United to be among the title contenders club in the world and we expect more good performance from him.

Kenyan Teen Queen Of The Streets, Shakilla Finally Turns 20 And Leaves A Message For Her Haters

Ladies, IF Your Period Has Stopped, Read This, See Reasons Why It Did And How To Rectify It

Judge Ngatia Is Their Choice For The Chief Justice, Boniface Mwangi Claims

Jamal Opens Up On Why He Prefers Having Two Wives, Advices Rich Men To Do The Same