By GhostNews.Com (self media writer) | 1 year ago 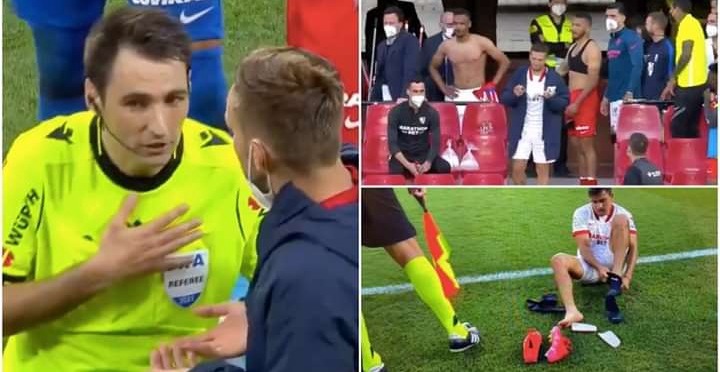 Football is a sport that is full of controversies which are either positive or negative. A football game is usually played for 90 minutes plus some added minutes.

Today, a bizarre incident was witnessed in Spain as Seville was playing against Granada, a game which was nervy from the first minute to the last minute.

Ivan Rakitic put Seville ahead through a brilliantly taken penalty to get the score at 1-0 before halftime. After half time, Ocampos scored the second goal of the match cushioning their lead. 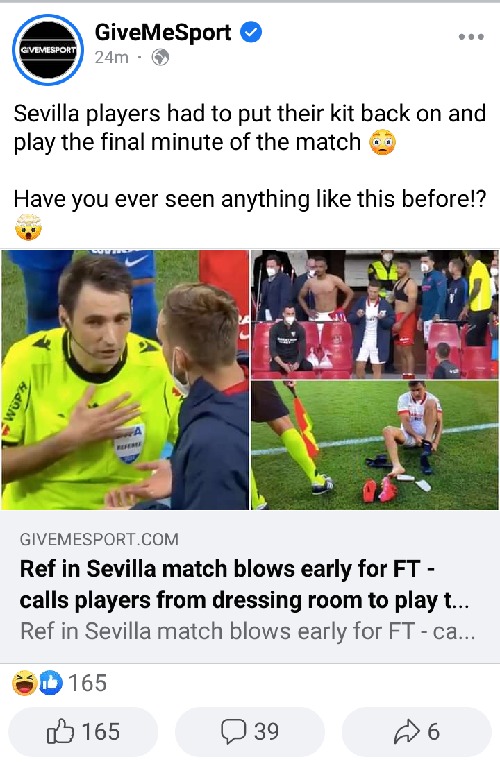 However, Granada got one back in the dying minutes of the game before the referee blew the final whistle earlier than expected.

The players from both teams walked off to their dressing rooms only to be called back to the pitch to play the last minute of the match, a thing that many football fans and footballers have never witnessed.

Speaking after the match, Ocampos gave his reaction as he said; "The ref stopped it early as he thought time was up, then told us he'd made mistake. I've never seen anything like it. We had taken off our kit, had to come back out."

Highly rated defender Jules Kounde also took to his Twitter where he wrote: "And if you want, we repeat the match!"

Watch the bizarre scenes from the match in the video link below; 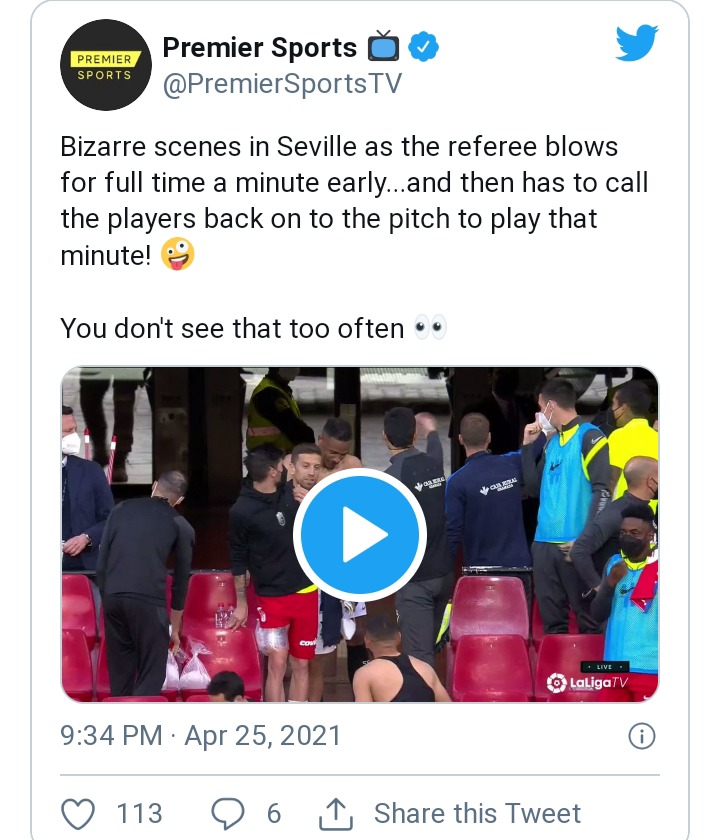 Was it the right decision from the referee?