Manchester United defender and also captain Harry Maguire has been named in England's squad for the upcoming UEFA nations league. The United's Centre back who was a key part of Gareth southgate's that reached the European championship final last year has been selected in advance of four games in June. Two of which against Hungary. 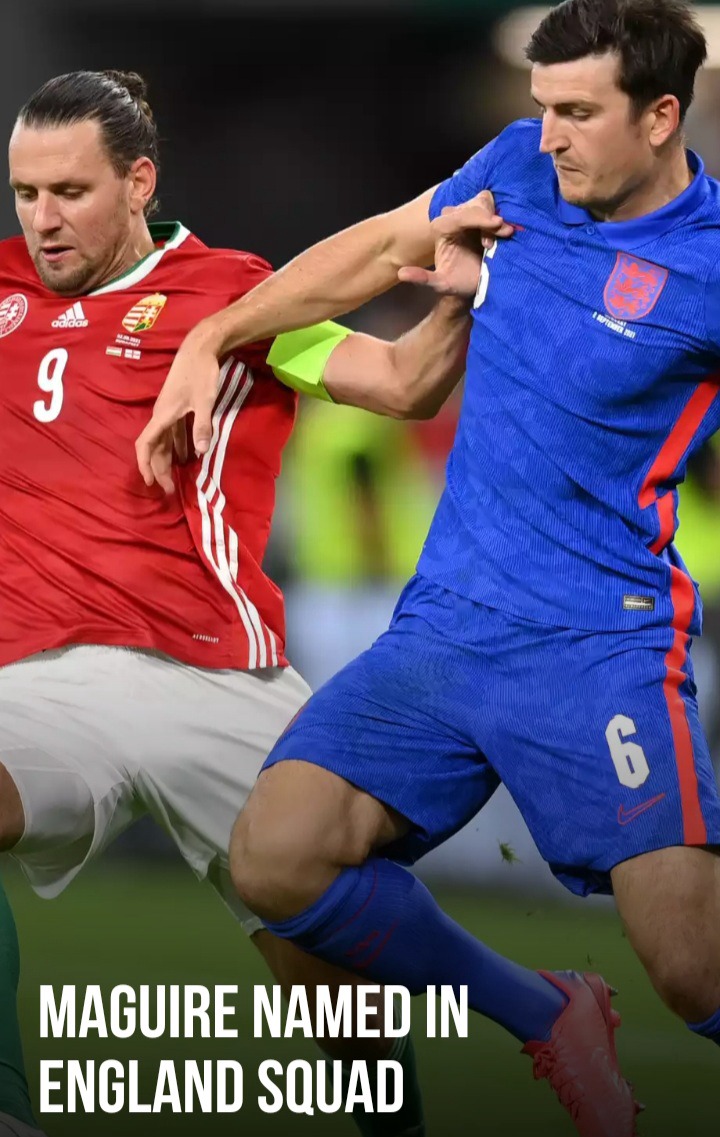 In between those games, the three lions will be facing Germany away and Italy home in group A3 of the competition. Maguire is the United soul representative in the team, but a number of United will feature in the tournament. These include France Rafael Varane and Scottish Scot Mctominay who also has World Cup play off matches.

Diego Dalot, Bruno Fernández and Christiano Ronaldo have all been named in 25 man Portugal squad as they strive to lift the trophy for the second time following their Triumph in 2019.