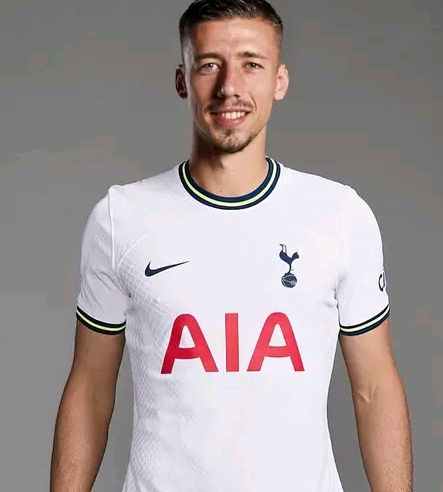 Tottenham have signed Barcelona defender Clement Lenglet on a season long loan deal until June 2023 after the star accepted personal terms following talks with Conte. Lenglet will become Tottenhams' 5th summer signing after Perisic, Bissouma, Richarlison and Forster. Barcelona President Laporta has finally confirmed that the club have made an improved offer to Bayern Munich for to sign Robert Lewandowski and hopes their response will be positive. Laporta added that he wants to thank Lewandowski for what he is doing to join them at Camp Nou. 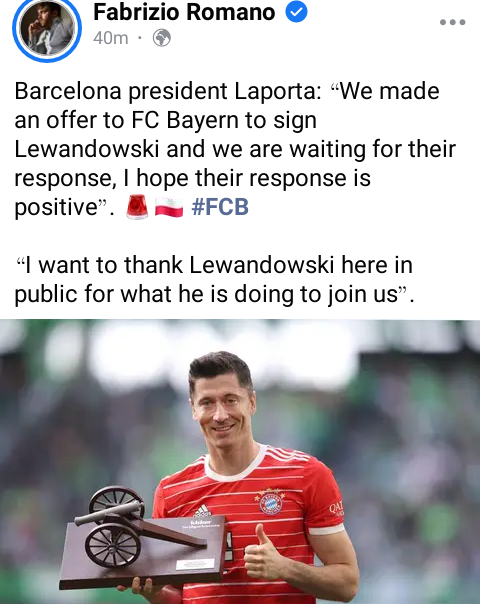 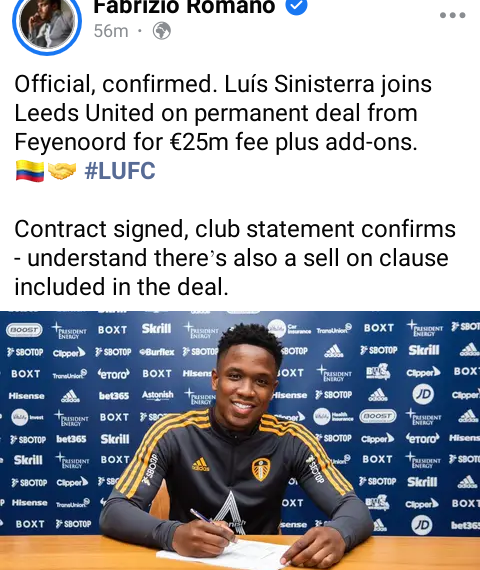 Leeds United have signed Luis Sinisterra from Feyenoord for €25 Million fee and penned down a 5 year contract at Elland Road until June 2027. Barcelona are reportedly willing to hand Frenkie De Jong back €3.5 Million in deferred wages at this point but ask him to forego the rest in a bid to see the move to Manchester United transpire. 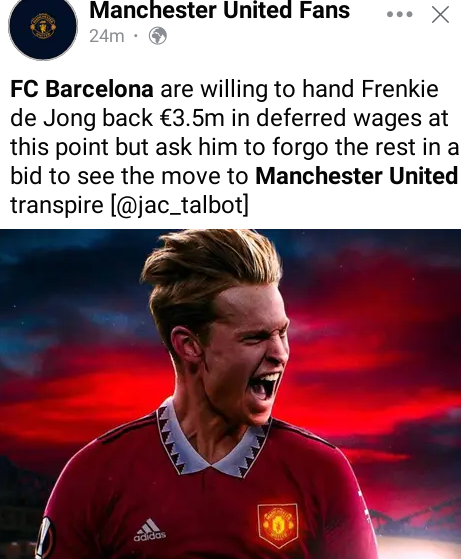 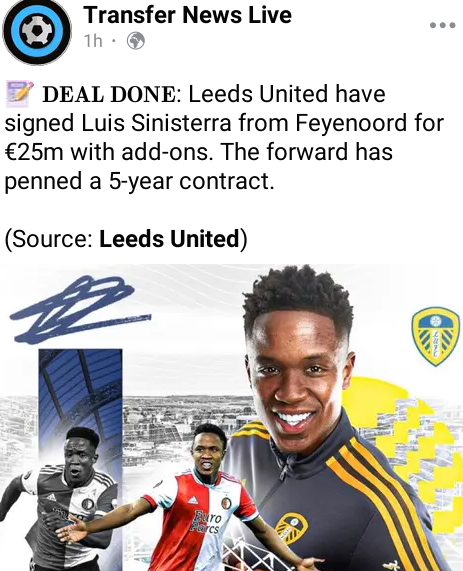 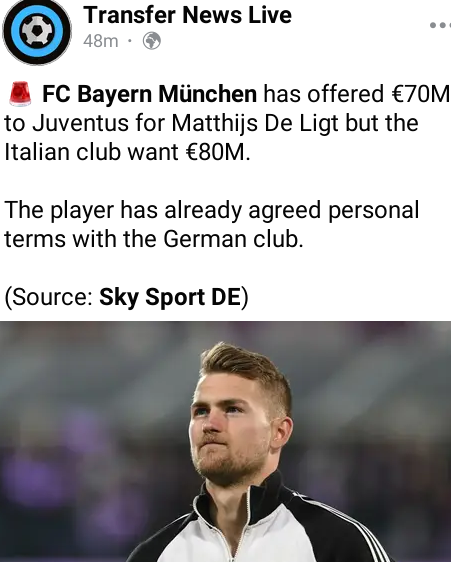 Chelsea are reportedly going to do everything to sign Barcelona midfielder Frenkie De Jong due to UEFA Champions League football advantage over Man United. Chelsea are strongly intrested in Frenkie De Jong but they will not include Marcos Alonso and Cezar Azipilicueta on the deal as Tuchel looks forward to strengthen his midfield. Bayernunich has offered €70 Million to Juventus for Matthijs de Ligt but the Italian club want €80 Million but the Netherlands star has already agreed personal terms with the German Champions amid Chelsea links. 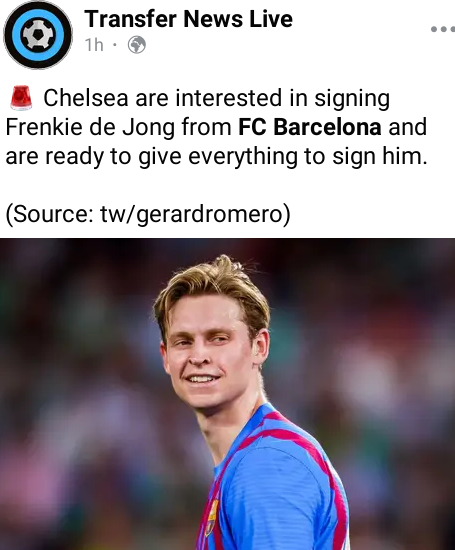 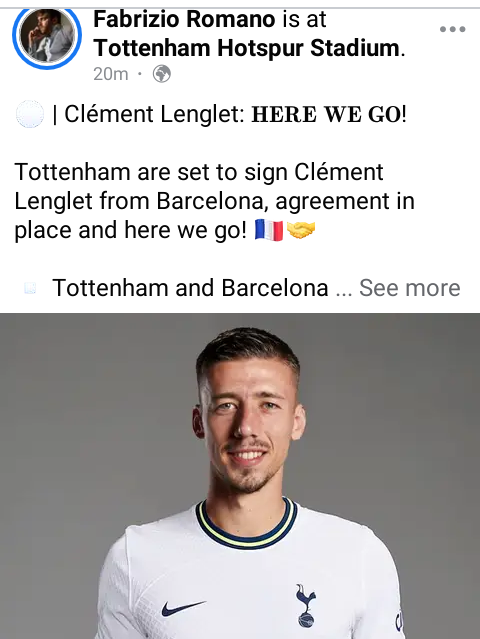 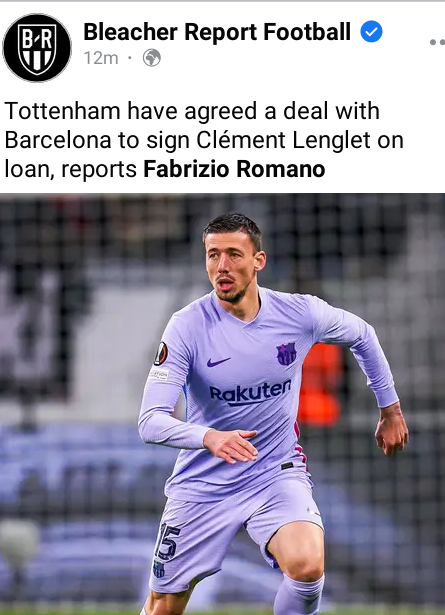 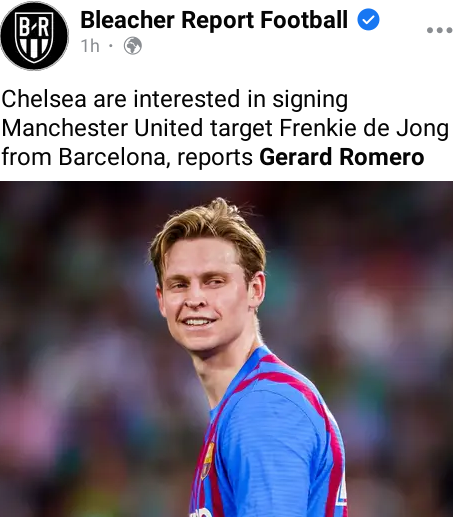 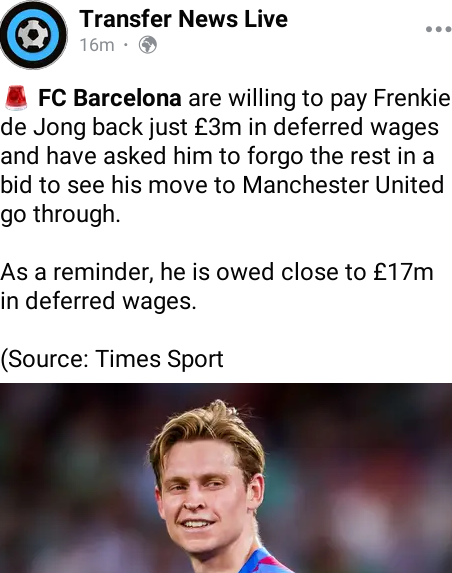 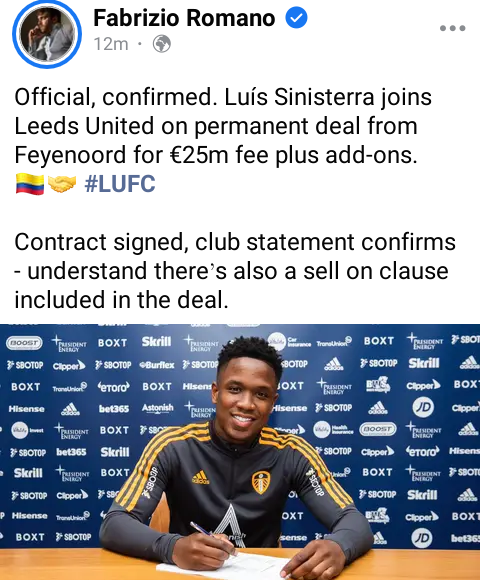 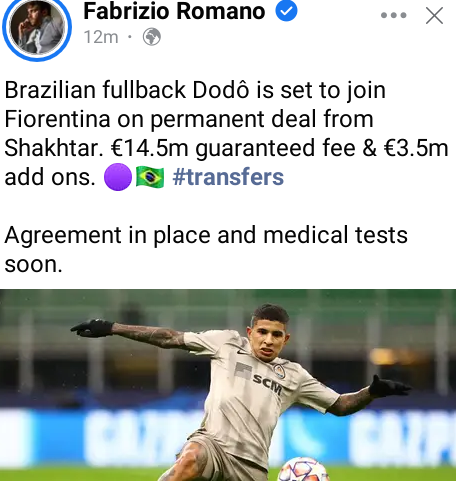 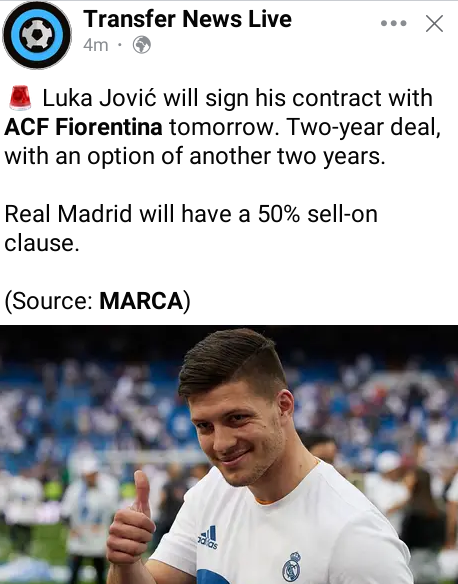 Luka Jovic will sign his contract with Fiorentina tommorrow after agreeing to two year deal with an option to extend for another two years but Real Madrid will have 50% sell-on clause. Fiorentina have signed Brazillian fullback Dodo on a permanent deal from Shakhter Donestk at €14.5 Million guaranteed plus €3.5 Million in add-ons and will undergo his medicals imminently. Schalke 04 have signed former Arminia Bielefeld right-back Cedric Bruner on a two year contract. Fulham are closing in on a deal to sign Arsenal Goalkeeper Bernd Leno on a permanent transfer. Nottingham Forest have agreed €10 Million fee to sign Bayern Munich star Omar Richards on a permanent transfer. 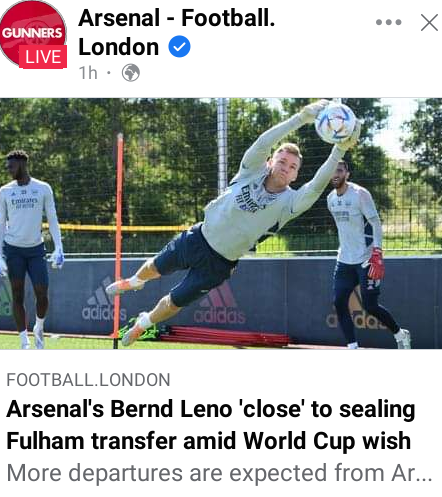 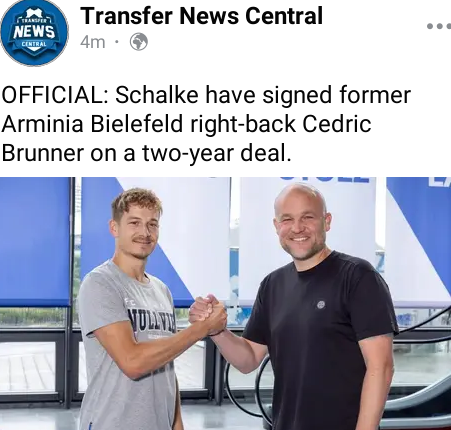 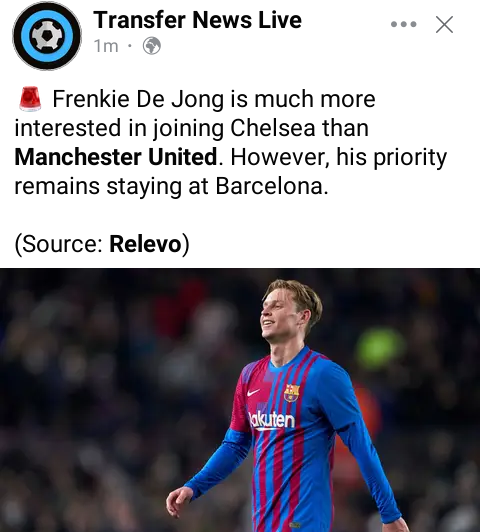 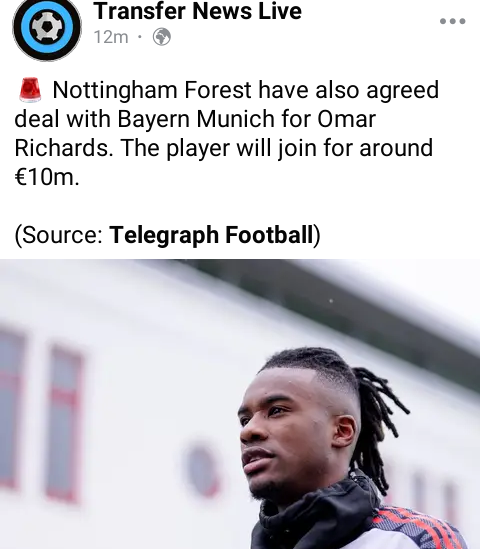