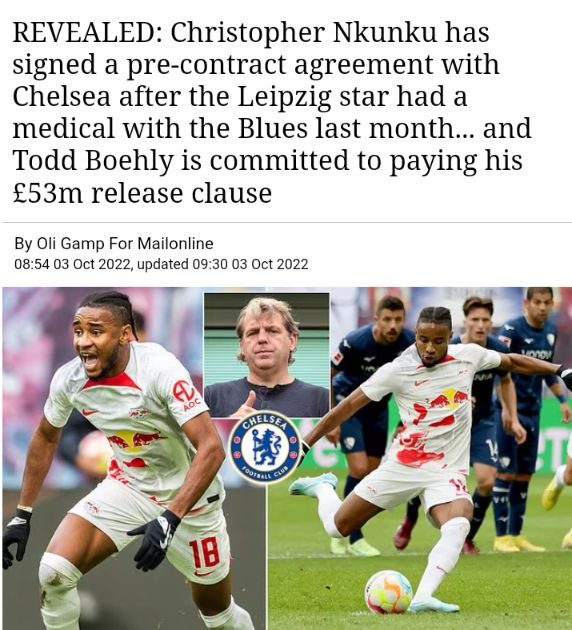 Chelsea are looking forward to spending big in the next transfer window despite already the Todd Boehly consortium spending a whopping more than £250m in last summer. Having tried to as well bring in former target Christopher Nkunku from RB Leipzig. 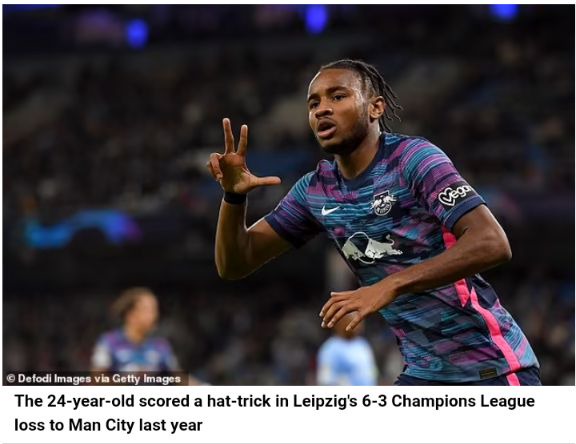 Despite all the links with the player in last summer the blues are still pondering on getting the Frenchman ahead of next year. A report by Daily Mail via The Athletic claim that blues were happy to have convinced RB Leipzig to allow departure of Nkunku by next summer to West London. 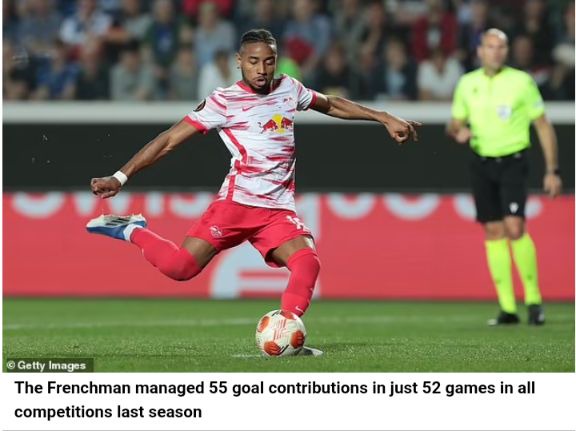 And now have agreed on a pre-agreement contract with the ace after he had a successful secret medical in last month. The star took part in the medical test at Frankfurt in the presence of the blues orthopedist as per Sunsport report. 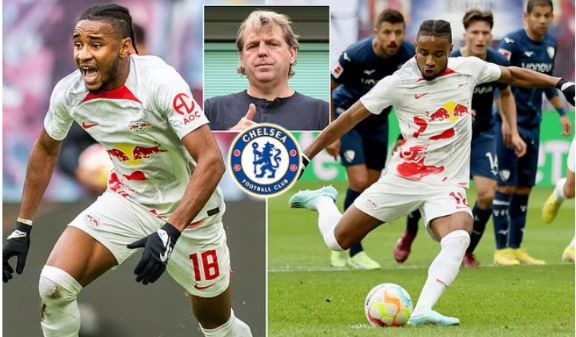 Todd Boehly is ready to meet Bundesliga side set release clause of £53m for the player as per Sunsport report by next summer. That's a huge boost to Graham Potter who has Aubameyang as well as Kai as the natural number nine players in his squad.