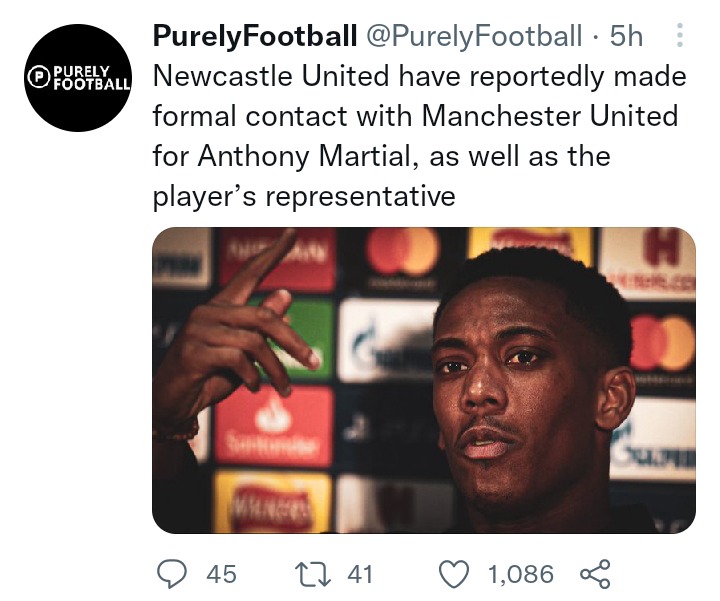 Newcastle United have already started digging in their claws in the English Premier League after it was revealed that plans to snatch Anthony Martial from Manchester United are already in motion. Anthony Martial’s time at Manchester United is drawing closer to an inevitable end and with the recent takeover at Newcastle United, he now has a new opportunity to reignite his career.

Newcastle have reportedly contacted the player but his decision has not yet been confirmed. As Martial’s transfer is considered to be pending, other players have also been shortlisted in the elite transfer list for the Magpies for January and next summer. Other big names such as Mauro Icardi and Julian Draxler are just some of the mentions in the transfer list. Martial is however the priority and he may be secured as early as January. 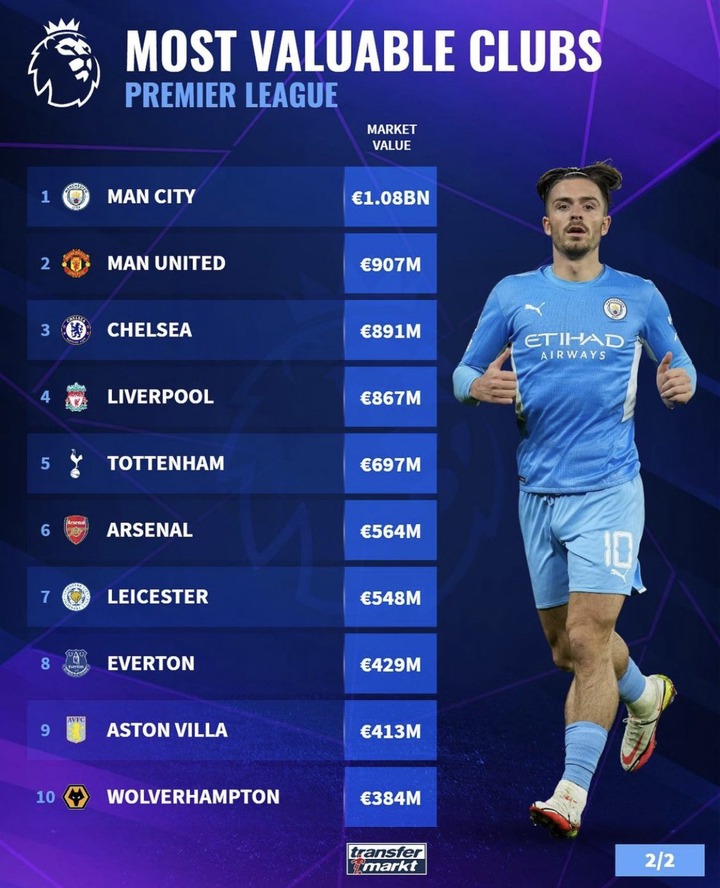 Manchester United have been ranked second as the most valuable Club in the English club after FIFA Finance experts did a valuation of each team in the English Premier League. Manchester United’s squad value stands at €907 Million and this is pretty much owed to the fact that many players are young and in their prime.

The club which tops the list is Manchester City whose value has surpassed the one billion mark. Manchester United however have a higher potential in surpassing Manchester United because there is a frequent fluctuation in players' prices depending on how happy players are in their teams. Another criterion used in valuing a player is by their performance on the pitch, and Manchester United are not well off behind.

According to Fabrizio Romano, Inter Milan have launched negotiations with Marcel Brozovic over a new long-term contract since his contract is due to expire at the end of this season. Brozovic had been heavily linked to a sensational move to Manchester United but the Red Devils never made a formal inquiry over the possibility of signing him. 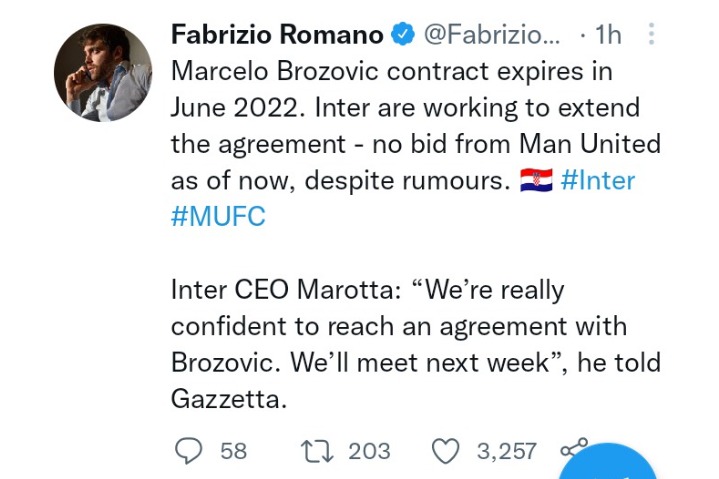 It is believed that Manchester United had planned to move for the Croatian midfielder once Pogba left Manchester United in the Summer but that apparently never took place. Brozovic is very happy at Inter Milan since he is stoically in the first eleven and Filipe Inzaghi has shown a lot of confidence in him. Inter Milan plans to block any transfer request for the midfielder in the coming months as they seek to reach an agreement with the player over a new contract.