Why Man u was awarded a penalty kick after full-time whistle was blown.

By Lexybett (self media writer) | 1 year ago

Yesterday's 100th minute saved many gamblers who had staked their bet on Manchester United football club winning their match against Brighton. This came after the referee Chris Kavanagh shockingly awarded Manchester united after blowing the full time whistle. 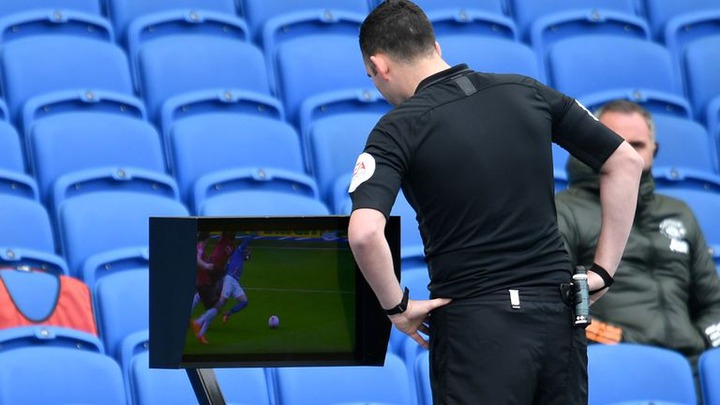 Bruno Fernandes otherwise known by others as "Bruno Penaldes" for being Manchester united's penalty kicker, scored the penalty. This came after the referee Chris Kavanagh blew the full time whistle at Annex stadium before VAR spotted a penalty situation.

The referee consulted the pitch side monitor where he spotted that Brighton's Neal Maupay's handball, blocking Manchester United's Maguire attempt on goal.

Players from both teams surrounded the referee as he consulted VAR and pointed the penalty spot after blowing the full time whistle.

Many including Brighton's manager complained about the penalty,wondering what the long extra time was for.

The penalty despite being after the full time whistle was legit because it took place during the legal game time. However, if Brighton's goalkeeper had deflected it and became scored by another Manchester United player, the goal would not have counted as it was after full time.

Content created and supplied by: Lexybett (via Opera News )