By Starboey_dann (self media writer) | 4 months ago

As noted, Monday’s post-Money In the Bank RAW from Dallas saw Lashley issue an Open Challenge and retain over the returning Keith Lee, 24 hours after he destroyed Kofi Kingston to retain at the pay-per-view. After the match, Goldberg returned to confront Lashley. Goldberg marched to the ring, got in Lashley’s face and laughed, then declared that he is next in line for Lashley’s title.

MVP later stated in a backstage segment that he and Lashley would not dignify Goldberg’s disrespect with an answer.

In an update, Lashley took to Twitter on Tuesday night and issued a statement in response to Goldberg’s challenge, saying no thanks and calling him an old man.

“You don’t belong in the same world as me, let alone the same ring. Get that close again,#WWERaw @WWE,” Lashley wrote.

Goldberg vs. Lashley is still expected to take place at SummerSlam on August 21 in Las Vegas, but there’s no word on when it will be made official. 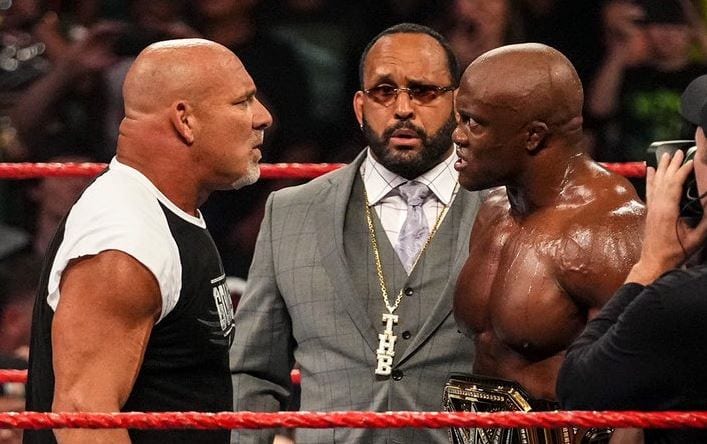 Stay tuned for more on Goldberg and Lashley. Below is Lashley’s full tweet, along with a clip from Monday’s RAW: