We’ve got five selections from Saturday’s Championship, League One and League Two matches.

Forest are flying up the table since sacking Chris Hughton and have picked up 10 points in four matches since his departure. Steve Cooper’s men scored three goals in each of their back-to-back away wins at Barnsley and Birmingham, so will be full of confidence on their return to the City Ground.

Blackpool are in fine form themselves but Forest look to have the better squad and we’re backing their improvement to continue as the first of our football accumulator tips.

Barnsley spent much of last season dreaming of a return to the Premier League but that must feel like a distant memory and a relegation scrap looks likely this time around. 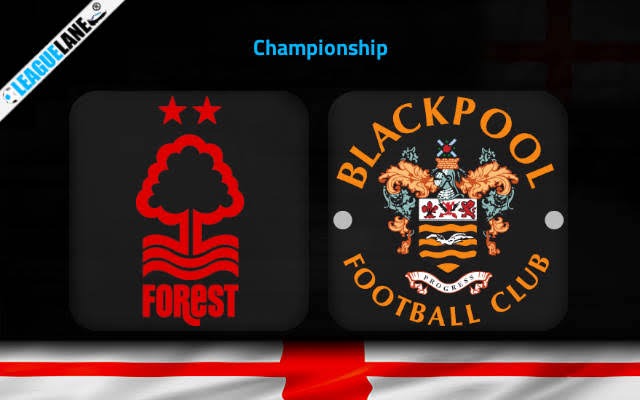 They have only managed one win so far and three straight defeats have left them languishing in the drop zone. Reading have won four of their last five and are a clear form pick for Saturday.

3)Wycombe to win at Doncaster

Wycombe took advantage of some of their League One promotion rivals not playing last Saturday, as a 2-0 win at home to Gillingham lifted them to second in the table, with only goal difference keeping them off the summit.

The Chairboys may still feel aggrieved at last season’s relegation, given events at Derby, but they are on course to go straight back up and look a solid pick for a fifth win in six outings. Doncaster claimed a shock win against MK Dons a fortnight ago but remain rooted to the foot of the table.

4)MK Dons to win at Shrewsbury

The defeat at Doncaster was a surprise setback for the Dons, who have been impressive this season under Liam Manning following Russell Martin’s departure for Swansea. That was only their second loss of the campaign, so we’re happy to put that down as a blip, especially given they had 73 per cent possession that day and more shots on target.

Lowly Shrewsbury have lost three in a row and have only picked up one point from six away matches.

The last of our football accumulator tips today is our most confident pick, with these two teams at opposite ends of League Two. Forest Green slipped up against promotion rivals Swindon last weekend but remain a point clear at the top of the table with seven wins from 11 matches and an unbeaten away record.

Rock-bottom Scunthorpe were 5-0 down by half-time last Saturday before losing 6-1 to Harrogate and have lost five of their last six.

No Parent Would Want To Bury Their Child, Paul Walker's Father Recounts His Sons Untimely Death