By ArtimonySports (self meida writer) | 1 months

Before Euro begins Southgate announced twenty six players to participate in Euro 2020. Five Manchester United players were named in the squad; Harry Maguire who were involved though he had an Injury, Marcus Rashford, Lukeshow, and Dean Henderson.

Last week Liverpool right back Alexander Arnold was withdrawn from the squad after he was injured on training season with his teammates and replaced by Ben white. After playing one game for Group stages against Russia where they acquire three points after beating Russia one goal at the mid of the week. 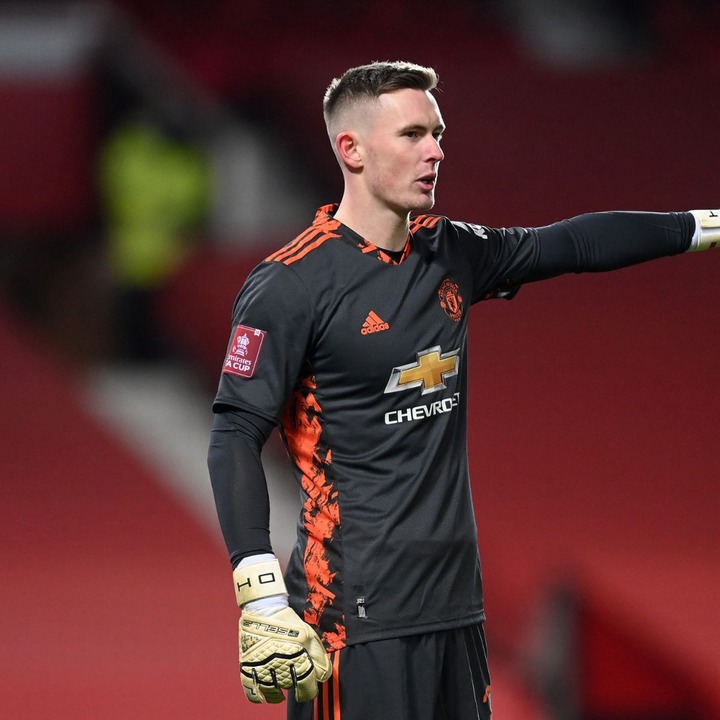 For the last England game none of the Manchester United players started the game only Marcus Rashford who were substituted in the second half. Everton goalkeeper Pickford was most prefei that Red Devils keeper Dean Henderson.

According to latest news from sky spot Manchester United goalkeeper Dean Henderson has been withdrawn again from the squad. Henderson who had showed brilliant results at the end of the season making player given more chances to play than David Degea. The. Player encountered knee injury while on training , preparing for the next game which will be against Wales.

Aston Villa Close on Completing a Deal For £30m Star

Just In: Bad News At Man United After A Star Is Set To Leave The Club.

All Manchester United Stars are Expected in Training Today