By Agevibryton (self meida writer) | 22 days

Chelsea has been in the race to sign 22 years Sevilla defender Jules Kounde.The player had already agreed on personal terms with Chelsea and to sign a contract that will expire 2026 that is a five year contract.Thomas Tuchel has been pushing hard for the club to sign the defender before the end of the transfer window. 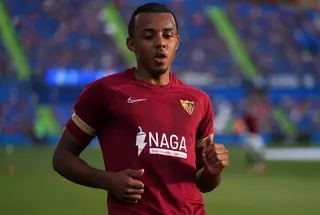 Chelsea suffered the transfer deal blow after Sevilla rejected their bid.We saw their first bid being rejected last week and yesterday they were taking another bid.Chelsea bid of 55 million euros was rejected yesterday as Sevilla wants about 70 million euros for the player.Chelsea also were not willing to take Sevilla's demands with the rise of Trevor Chalobah in the same centre back position. 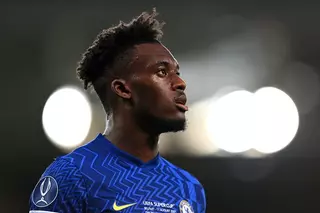 Borussia Dortmund are Keen in signing Chelsea star Callum Hudson Odoi from Chelsea on a season long loan.Odoi has been out of playing time under Thomas Tuchel squad having played 0 minutes since the beginning of this premier league campaign.Leicester City are also Keen in signing him.