By The_Corridors (self meida writer) | 25 days

Balestier on the other hand,have won 2 games,drawn 1and lost 2 in their last 5matches. They have also managed over 2.5goals in the last 5matches.

Chelsea u23 have won 1game,drawn 2 and lost 2 games in their last 5matches to book a place in position 5 of the premier league 2 table. They have also managed over2.5 in the last 7games except 1.

Manchester City u23 are in an excellent form recently winning all their last 5games played to maintain a top sport in premier league 2 table. They have also maintained a high scoring record producing over2.5 goals in their last 7games.

Prediction: over2.5 or Manchester City u23 win 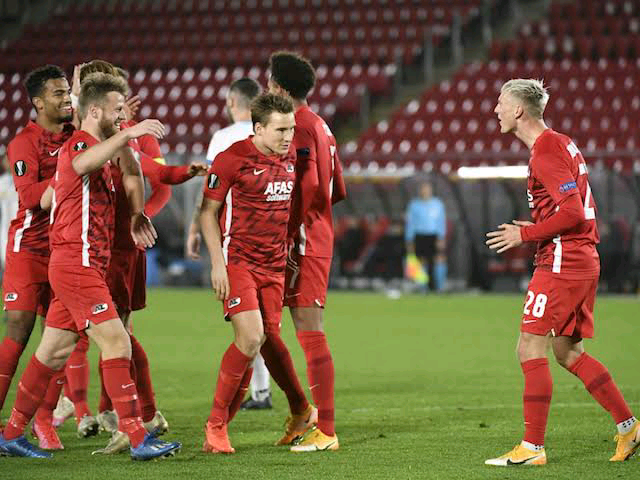 PSV have won 3games and have 2draws in their last 5matches to book a place at position 2 of the league. They have also managed over2.5 and GG in their last 10matches played except 2.

The last 2 meetings between these two teams have also ended in over2.5 goals scored.

Vittesse have won all their last 4 and lost 1game in recent 5 played in the league to book a place at position 4 of the table.

Willem ii on the other hand have managed 2 wins,2draws and 1 loss in their last 5games to put them in position 16 of the league table.

Vittesse have also managed to win all the last 3meetings against Willem ii fc.

Zion on the other hand have managed 1win,1draw and 3losses to book a place at position 9 of the Switzerland table. They have also managed over2.5 in their last 3matches.

These two teams have produced over2.5 in their last 7meetings except 2.

Southampton u23 have won 1,drawn 1 and lost 3 of their recent 5games in league 2 to place themselves in position 8. They have also managed to produce over2.5 in their last 4games.

Liverpool u23 have won 2games,drawn 1 and lost 2games in their last 5matches to place themselves in position 12 of the league table. They have also produced over 2.5goals in last 5games except 1. 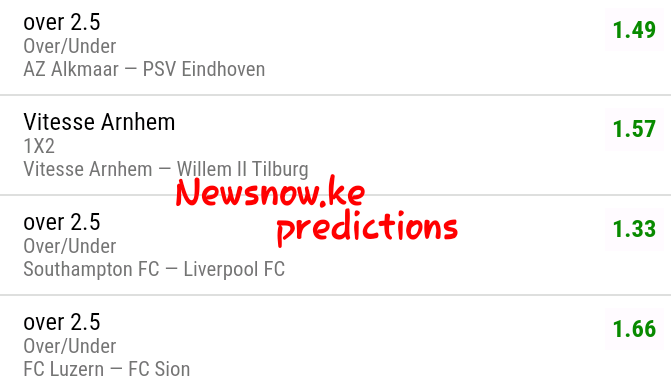 Arteta Happy With One Star In The Dressing Room

Friday Spotpesa Bet On Of The Day: Lille Leipzig, Cardiff, Besiktas To Win

"I Will not allow my deputy to be humiliated the way I've been humiliated, " DP Ruto

Details Emerge Why Martinelli Started At Bench Against Slavia Prague

"She is very prayerful, confident and hard-working" Paul Mumo Praises Her Daughter For Toping KCPE