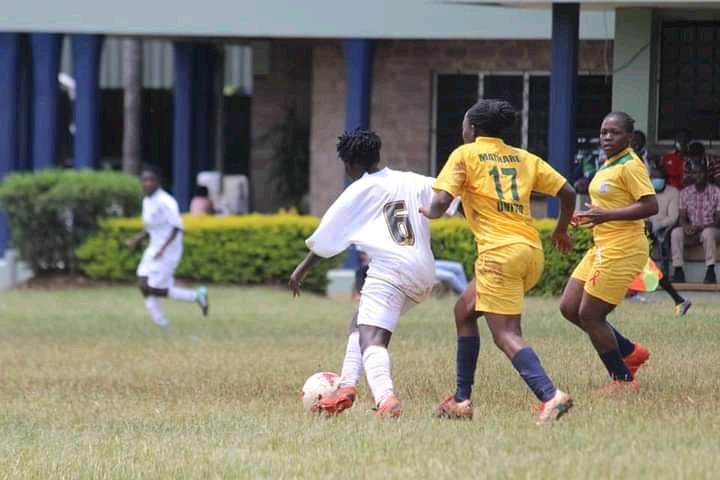 The Masculine Women have been participating in Games on all levels despite challanges they have been facing, including Violence, some seasonal Violence and prejudice that is totally based on irrelevant opinions rather than actual facts, and disdainful occurrences.

Footballers have been walking on a tight rope despite their efforts to ensure Career progression. The Judgmental Society which always applies a third eye and criticism has however not ceased their behavior of categorizing them according to gender, the physical appearance and Sexual characteristics, not putting into consideration the amount negative psychological impacts that it has on the Ports people.

Let's be Tested Queens CBO, a Community based organization from Western Kenya has been set up with the sole purpose of creating a favorable environment, and play the pivotal role in eradicating the Predicaments by majorly focusing on the intersectional feminism. 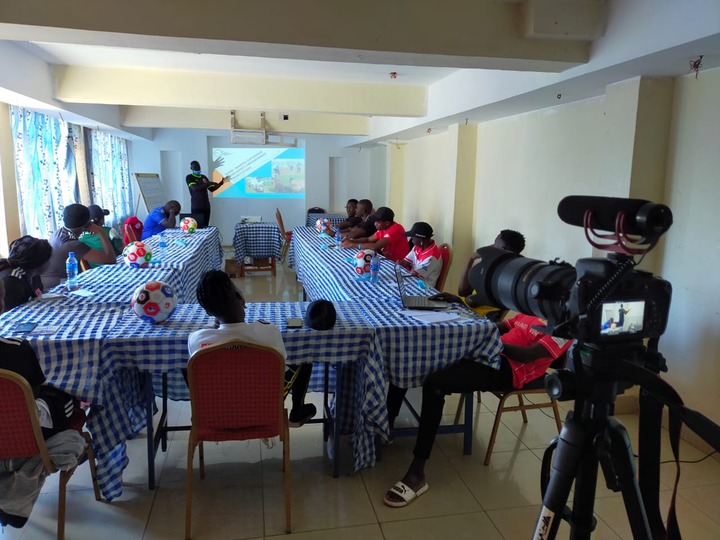 In a Well planned survey that had high confidence levels a equal demographic splits, the organization managed to collect first hand information from respondents from Football teams, in eight Counties including Kisumu, Homabay, Siaya, Vihiga, Bungoma, Kisii Migori and Kakamega which appear to be within their area of operation.

The results portrayed a very serious inequalities in Football within the region.

According to information obtained from the Survey, the Fight against gender based violence is far from end, since very little emphasis and attention is given to the Activism, since the Players they still face the prejudice and other injustices that are totally uncalled for.

The Various forms of Violence that the Players face includes sexual, Physical, emotional and even Financial. The Key perpetrators of the Heinous acts includes the Football Managers, Team Officials, Fans and Team Mates. This creates an environment where the same players struggle to meet the Set targets and also the society expectations from them. 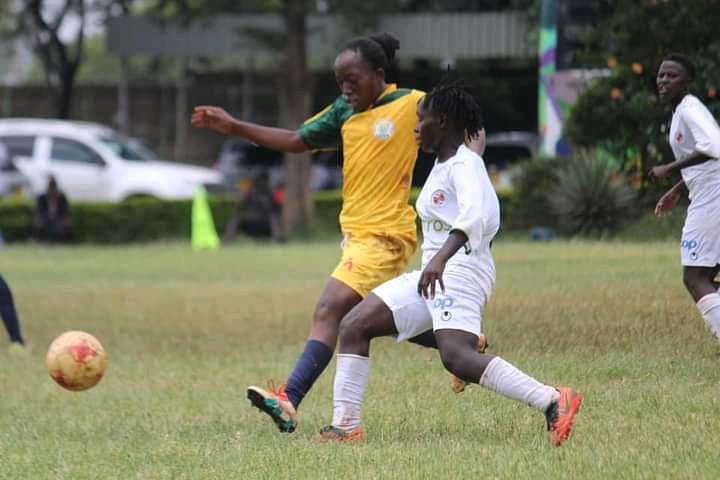 The Players further revealed that they are Sidelined when it comes to the Valuable opportunities such as football sponsorships because of their Physical appearances. This was just a Mere assumption in the past, but tangible evidences and properly conducted surveys over the past one decade has provided a back up on the claims, which turns out to be factual.

The study has also been extended to international level, and the results have still shown the prevalence of the Discrimination and harmful acts against the Footballers, something that calls for action, from the Football Managers and all the relevant Stakeholders who should take heed the call.

IN WHOSE HANDS ARE WOMEN FOOTBALLERS SAFE?

Apart from all the Woes that sports people have been facing, there are also many misguided perceptions that about the Masculine Representing Women in Football.

While voicing out their stance on the same, they urged Football Stakeholders to prioritize diversity so that the decisions made are all inclusive. 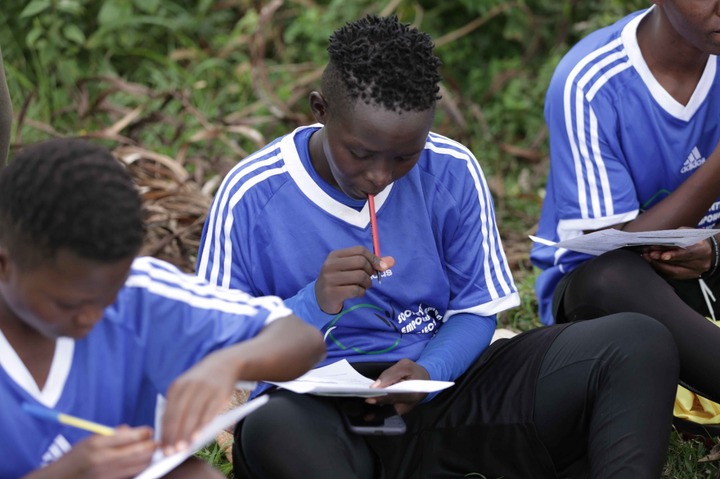 "I have first hand experience when it comes to abuse of Privacy, Stigma and Discrimination and I felt unsafe severally when Match Officials would undress me so that they can confirm if I am male or Female." She says.

However, this oweful trend never stopped and continued after finishing school. The idea of quitting Football once Crossed Her mind after being victimized by the Management for speaking up on the issue.

" The Fact of being Jeered by the Fans and the team opponents during football, and at that point, your mental Strength Ghosts you. I even thought of abandoning the Playing field severally." She claimed.

Kamanda However proposes a functional system that will include a properly constituted legal system and reporting sections that will fully investigate and bring to book the accused. 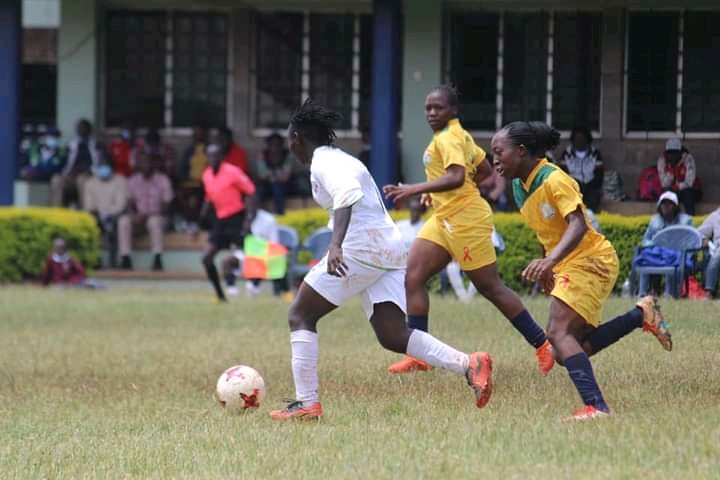 "As time went by, I became more resilient to the attacks and when they referred to me as" Semenya", I even got the strength to score more hence channeling my anger to a more positive thing. But it should be remembered that not everyone grow such immunity. " Rael posed.

The Organization, Let's be Tested Queen BO, has been using football as a very strong tool to ensure that people in the society meet their Potentials.

Speaking during the whole exercise, the Executive Director of the organization Carolyne Rucah reiterated that Football can play a major role in the strengthening of the Social Capital and also the Masculine-presenting Women in a wider geographic regions.

"The Spaces that we usually come up with are there to provide the lifelong learning on the way football teams can be cognizant, of gender diversity and inclusion.

"This will eradicate the Stigma and the discrimination and also empowering them to become key contributors in the society." Rucah stated. 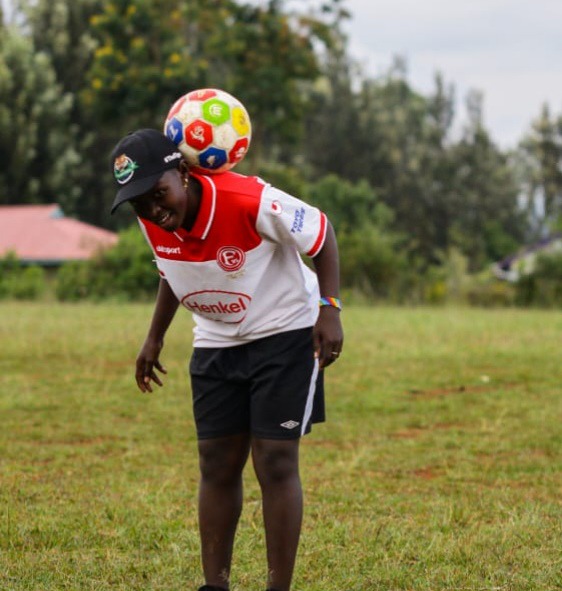 After gathering vital facts and using them as a point of reference, the Organization are looking on tactics to change the myths and misconceptions, that are negative towards the Masculine presenting women.

"Our main objectives includes engaging Policy Makers in our conversation, that will change the attitudes and the gender sensitivity which will help in the creation of inclusive structures and policies"

"Our long term goal is to have a model football team that will be inclusive and aimed at empowering every player’s wellbeing. Physical and mental health will be our priority with football driving social cohesion, building character and enabling players to reach out to their own potential. "Rucah said.