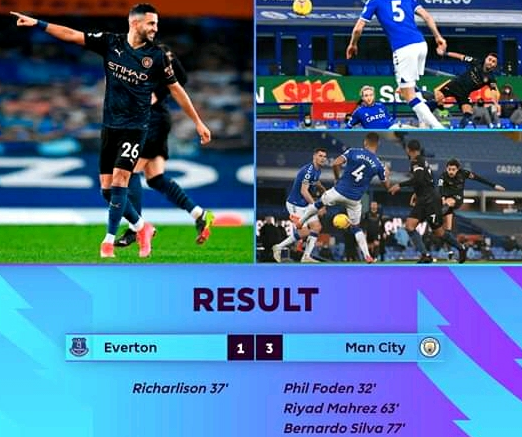 Manchester City cruised past Everton 3-1 at Goodison Park on Wednesday Premier League Night football to climb up to position 1 with 56 points. Manchester City had won the reverse fixture 2-1 at Etihad Stadium & given their current winning form where they have won 16 consecutive games in all competitions; the Cityzens were clear favourites to seal all the 3 points. Manchester City opened the scoring through Phil Foden in the 32nd minute before Richarlison equalised for Everton 5 minutes later to force a 1-1 draw at halftime. Manchester City came into the second half more motivated for 3 points inorder to extend the lead at the top of the summit to 10 points between them & 2nd placed neighbours Manchester United. Riyardh Maharez & Bernando Silva added to quick goals for Manchester City to seal an emphatic 3-1 victory away & seal their 10th consecutive Premier League win. 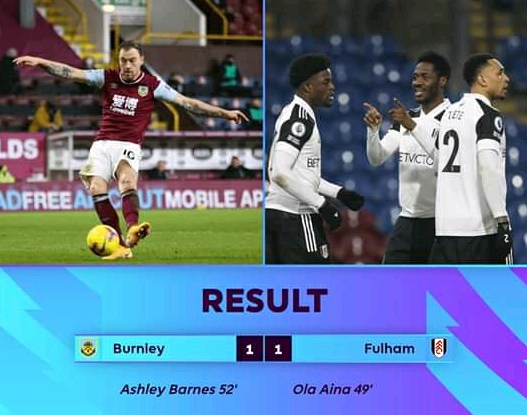 Burnley hosted relegation threated Fulham at Turf Moor, few days after edging Crystal Palace 3-0 away while Fulham won 2-0 over Everton away. Following a goalless first half draw; Fulham were first to open the scoring through Ola Aina in the 49th minute before Barnes equalised for the hosts 3 minutes later to force a 1-1 draw at full-time. Following the 1-1 draw, Burnley climbed up to 15th with 27 points while Fulham remained 18th with 19 points after 24 EPL games played this season. 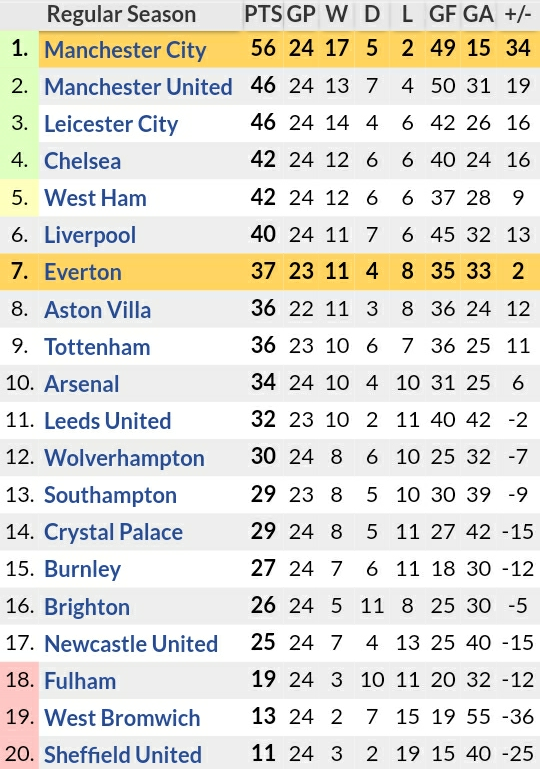