Manchester United played against Liverpool on Sunday evening. The Red Devils were aiming for a win and also intended to end Liverpool's unbeaten run in the premier league. 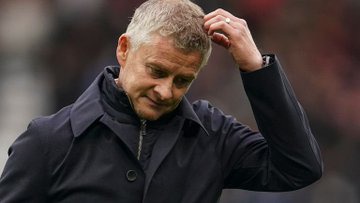 Manchester United started the game poorly and they were two goals down within the first twenty minutes. Naby Keita and Diogo Jota were both on target as Liverpool took the crucial lead.

Liverpool added two more goals and the opening half ended with the Red Devils trailing by four goals to nil.

Many Manchester United fans were angered by Ole's poor tactics. The Norwegian Manager started Fred who was very poor in the midfield.

Solksjaer made some changes in half time and brought Paul Pogba on. However, the Frenchman got a red card after playing for only 15 minutes. See the angry reactions from Manchester United fans down below.