Arsenal FC is said to have offloaded 24-year-old Greece International Konstantinos Mavrapanos after a series of loan spells away from the Emirates. Last season the defender played for Bundesliga side Stuttgart and was a regular first eleven choice. 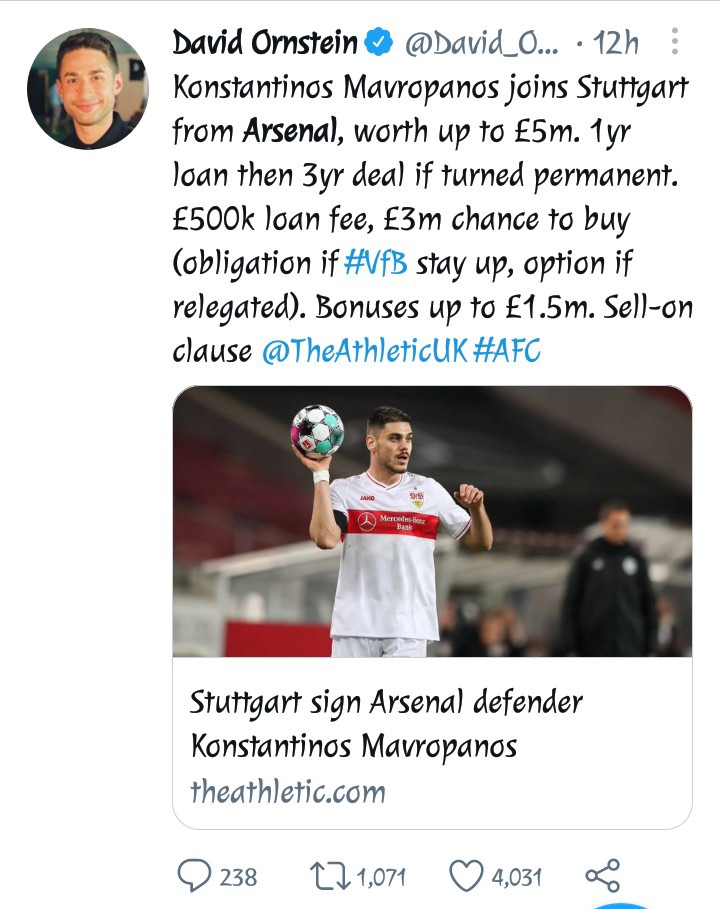 Reports show that the player has penned a three-year contract with the club after Stuttgart was impressed by the performance of the defender last season. This was triggered by the loan clause of last season that indicated Stuttgart would sign the player on a permanent deal after the loan spell ended.

Reports from sports guru Fabrizio Romano suggest that Arsenal and Uruguayan Midfielder Lucas Torreira has told his agent that he wants to play away from England and return back to Serie A amid interest from Lazio and Fiorentina. Arsenal has placed a £20 Million price tag on the player but Lazio has not yet made an official bid for the player. 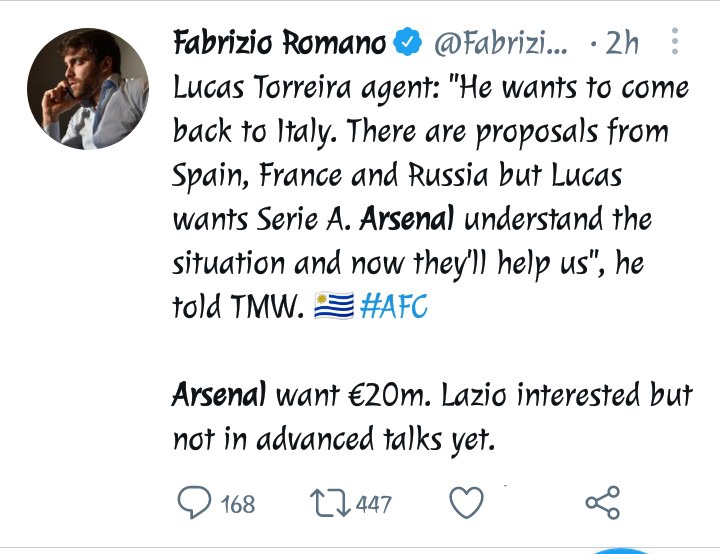 Ben White is expected to join Arsenal in the next couple of weeks if not days after it was reported that Arsenal has placed a bid of £45 Million+£5 Million add ons that many reporters say will guarantee the signing of the 23-year-old to the Emirates. Arsenal is said to be prioritizing the signing of the defender at the moment as a possible partner to Holding and Saliba at the defense. 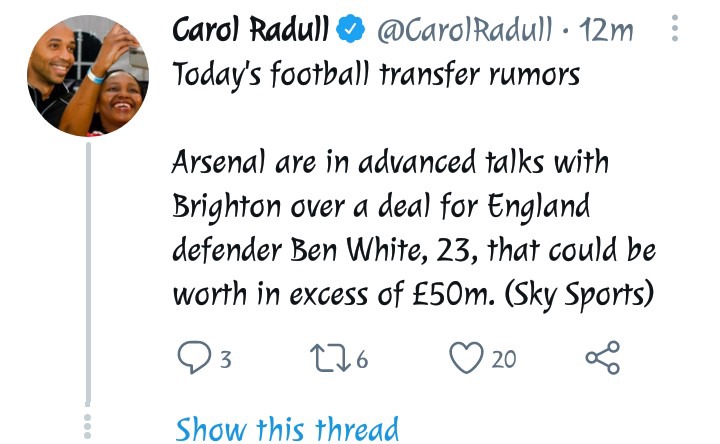 However, fans have castigated the signing of the Brighton defender claiming that his arrival at the Emirates will adversely affect Saliba’s playing time for Arsenal. They have also said that £50 Million is a huge sum of money for a Centre back yet Arsenal does not even have a left-back substitute to back up Kieran Tierney. 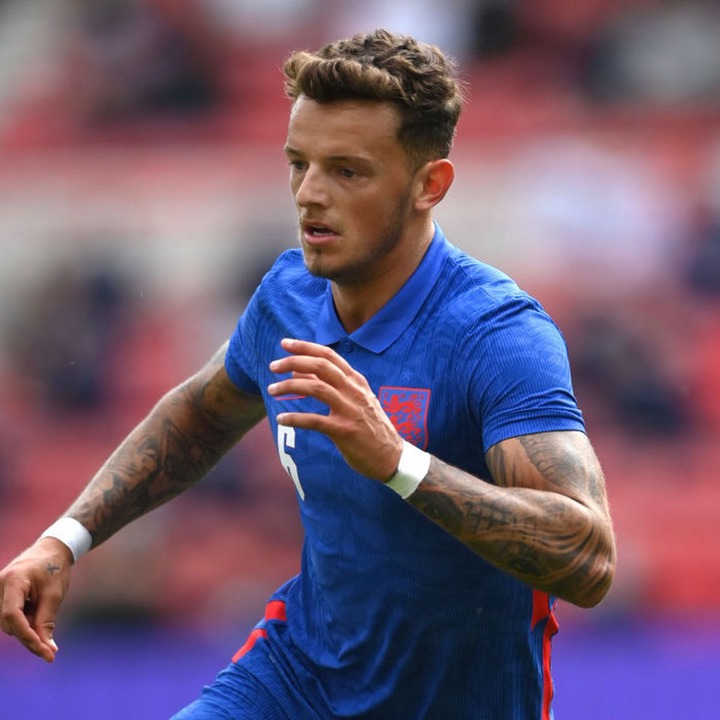 Gone Too Soon: Names Of Some Of The Victims Of Tragic Mwingi Bus Accident That Killed 33 (Photos)

Ruto Makes Public What He's Doing With Most of The Governors, Tells Why It's Done Secretly