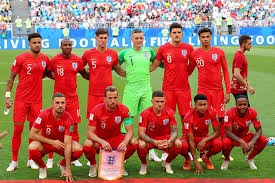 Liechtenstein has lost the 5 rounds of this qualification tournament played and more than 10 previous games of this kind. Armenia instead has made great progress and it is still runner up in the group 2 points below the almighty Germany. The inverse leg was a 1 to nil win of Armenia. No doubts.

It is normally English team to be favourite after it is with perfect stats - five wins at five played games so far at this group. Poland also plays good but it is far away from the class of English team. But although I expect Poland to scores, it is host yeat and it has made goal/goal at its last seven matches. 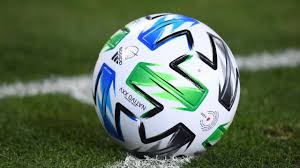 Italy failed to win against Bulgaria at home and Switzerland on road. Lithuania are coming on the back of loss on road against Bulgaria and they have loss their last eight matches. Italy won the opposite fixture with 0-2 and O think Italy will take this match.

Norther Ireland obtained only four points of their previous three matches. They had big problems against the outsider Bulgaria and failed to score for the final 0-0. On the other side Switzerland still have advantage according to the leader in this group Italy and if they win this match their dreams for the first place can be reality.

Wales hosts Estonia in Group E, third against fifth. Wales still have every chance and with a win they could come close to second place again. In addition, Wales have not lost any of their last 13 home games. Estonia's series of defeats in the UEFA Group E World Cup qualification has now lasted 3 games.

Iceland drew against North Macedonia (2:2) and Poland (2:2, in a friendly match). At home they should be able to upset Germany. The Germans have lost at home to North Macedonia, and they also lost 3 of their last 6 away matches. The value for a draw is very high. Worth picking a draw here.

The line by 2,5 goals was covered two times at the previous three games (at all tournaments) of Greek team. Sweden has recorded three such results at its last four games also at all competitions. The odd for over 2,5 goals at the present game is simply perfect and I mandatory will bet at this option.

North Macedonia who were held to 2-2 draw in their previous game by Iceland host Romania today. Romania meanwhile won 2 to Nil against the same Iceland. Therefore the two teams are likely to score against each other.

Hungary loss their last two matches and for sure they will be more than motivated to bounce back. I think Andorra is one of the most suitable teams for that. The visitors did beat San Marino recently but loss five from their last seven matches and Andorra are far more vulnerable on road. Hungary won the previous match between those two on road with 1-4 and I see no problems for the home side.

Belgium lost two goals in Estonia last week so today's rivals will perhaps utilize their chances to score but the striking should come mainly from the guests.

I expect a very close result today and one should expect that scoring goals would be very difficult for these opponents. Thus I expect at least one side will manage to keep the clean sheet today. 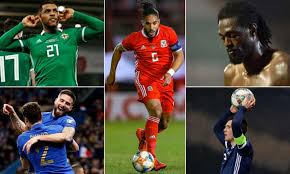