The English Premier League action returned after a lengthy international break this weekend. The comeback was more entertaining especially on Saturday as 8 games were played and a mixture of results recorded. Notably, most teams had to wait until the dying minutes of the second half to create a difference. Here are some amazing observations from Saturday's EPL matches. 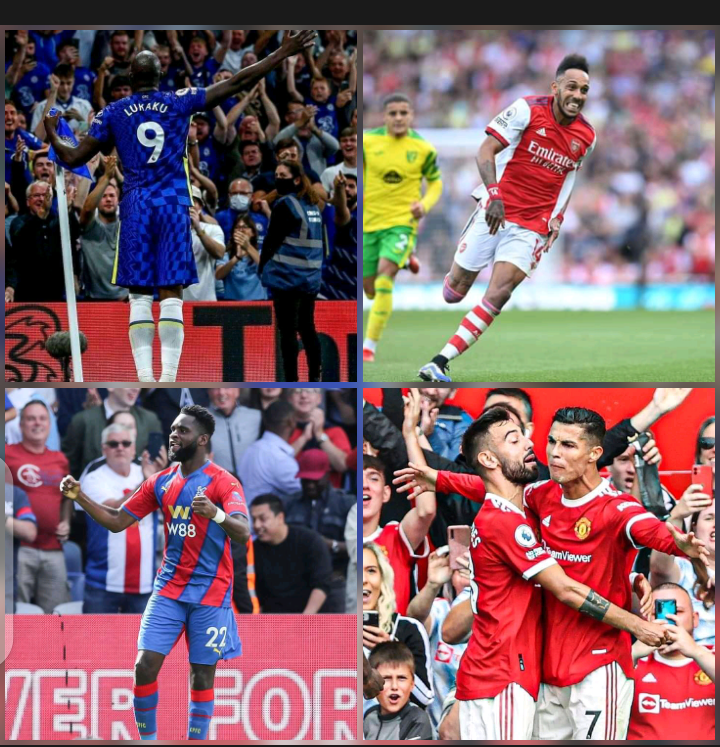 8. Arsenal golden goal and precious points: The Gunners scored not even a single goal nor did they pick a point from the first three matches of the season. Fortunately, this curse was stopped by Pierre Aubameyang as he luckily pinned the ball past Norwich's Tim Krul in a dramatic finish. 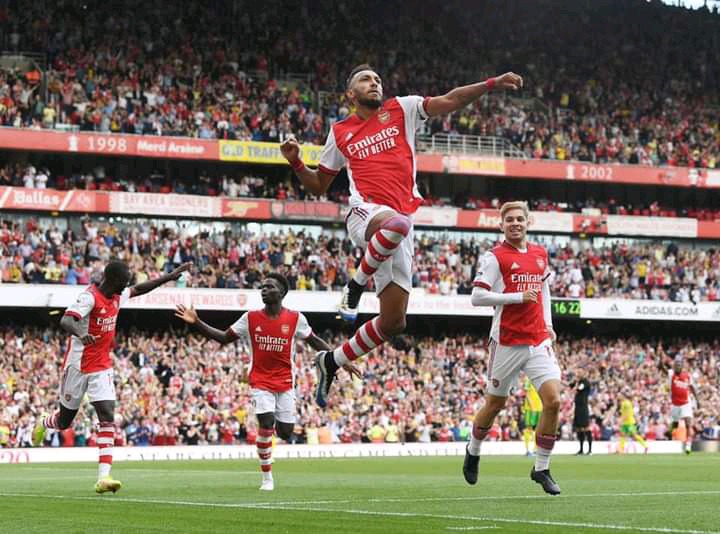 7. Lingard's one year prayer finally answered: Each players wish and prayer is to score a goal for his club. Jesse Lingard was lucky enough to have his long-term prayer answered as he scored the fourth goal for Manchester United to make 4-1 against Newcastle. 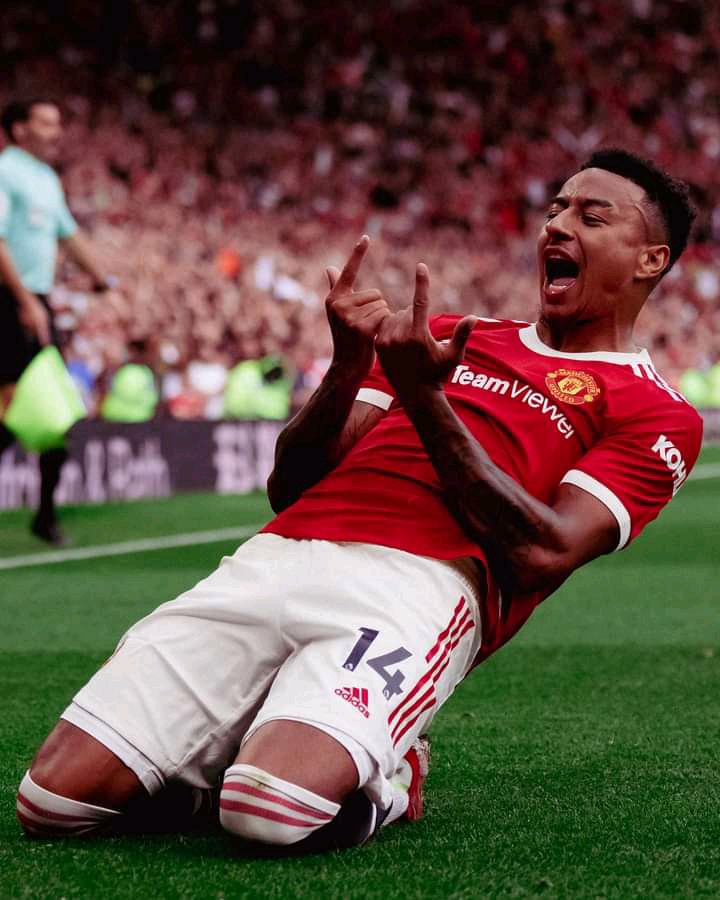 The last time Lingard scored for the Red Devils was 26 July 2020 against Leicester in the 98th minute. Apparently, this became the last goal of the 2019/20 campaign for all teams and it secured the Red Devils a qualification for the 2020/21 Champions League spot. 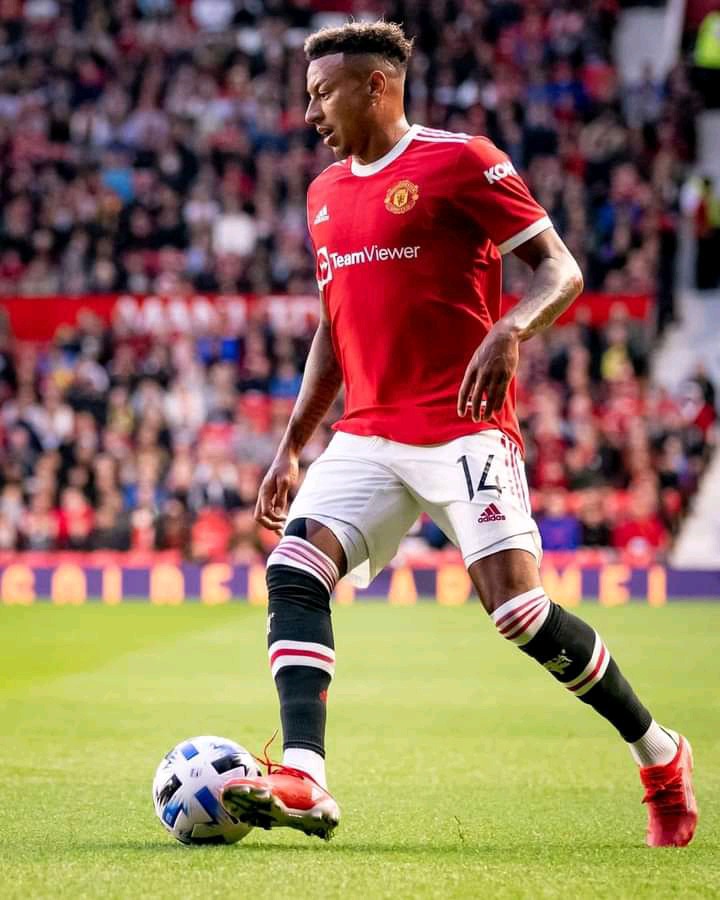 6. Chelsea chasing after Man United for new records: After a 3-0 win against Astonvilla at the Bridge, The Blues are now second team to to 600 wins in Premier League history. Only Man United have done better than Chelsea with over 690 wins so far. Arsenal, Liverpool and Man City are yet to get to the 600th mark. 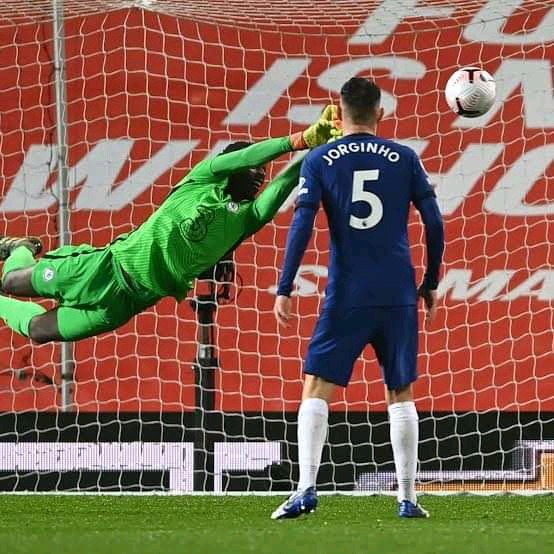 5. Kovacic is not limited to scoring: Mateo Kovacic had only scored a single goal for Chelsea since joining from Real Madrid. His tally had now risen to two goals in four seasons as he cleverly chipped past Villa's goalkeeper after Ming's careless mistake. 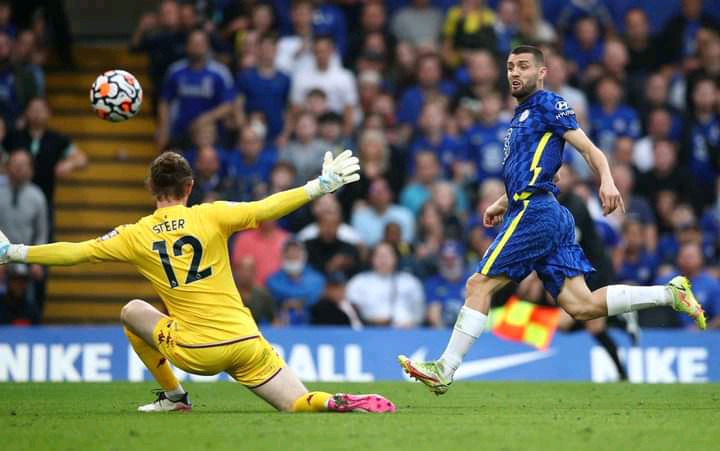 4. CR7 Mother stole the show: A parental feeling when the child succeeds was clear on CR7 mother's reactions after her son made the stadium rise in applause twice at Old Trafford. She could not control her joy at all, tears dropped down her cheeks. What a moment! 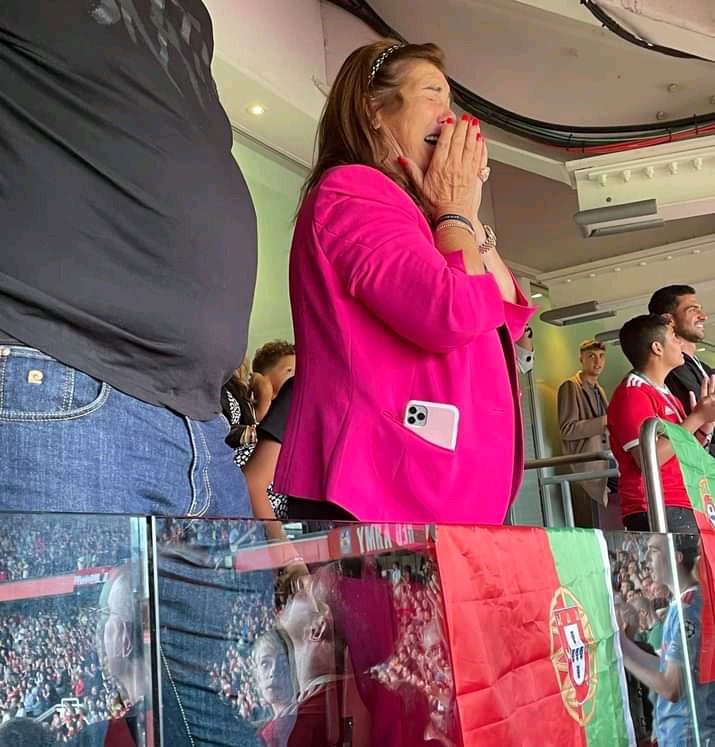 3. Tottenham 3 goals from 3 games neutralized in just 16 minutes: The 100% winning and cleansheet record for Spurs was suddenly broken by Crystal Palace in an entertaining early kick off Saturday London Derby. It took over 270 minutes for Spurs to score 3 goals but Palace needed only 16 minutes to cancel them out. Zaha 76th, Edouard 84th and 92nd made it 3-0 after a red card shown to Tangatanga as second half begun. 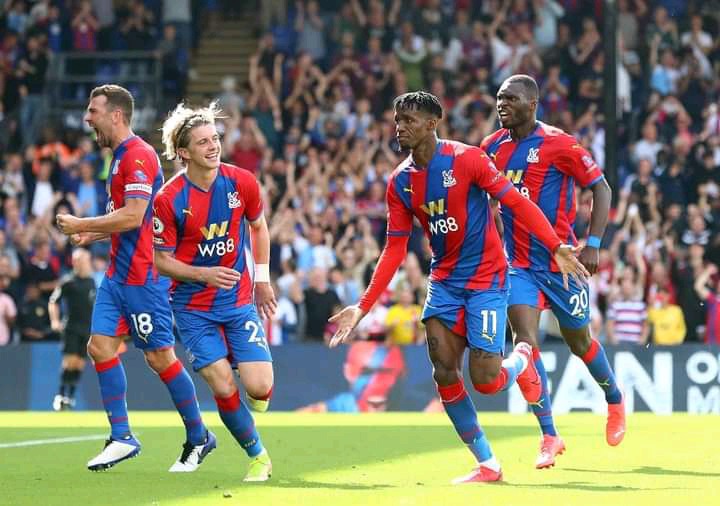 2. Lukaku's first ever goal at the Bridge: Not even at his previous spell at Chelsea do Lukaku score a single goal at the home pitch for the Blues. He has finally done it after netting twice against Astonvilla on Saturday. It was a big dream that came true. His wild celebration after netting the first goal defines it all. 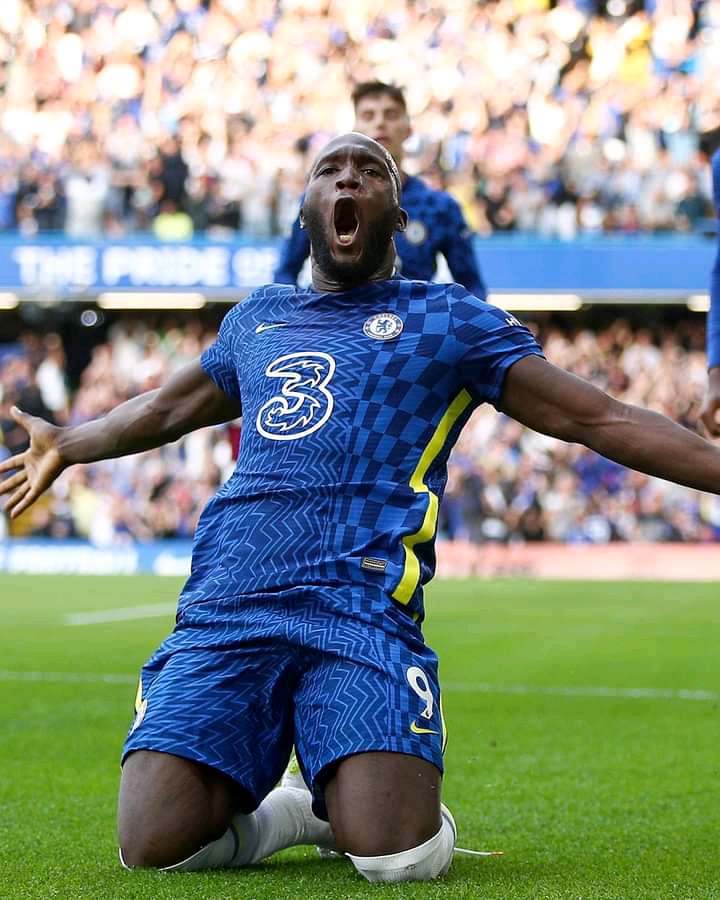 1. New faces Glow: Three new faces who made their first debuts for their new teams were just brilliant. Cristiano Ronaldo netted two goals at his second debut for Man United to mark a legendary comeback to his first game on return. 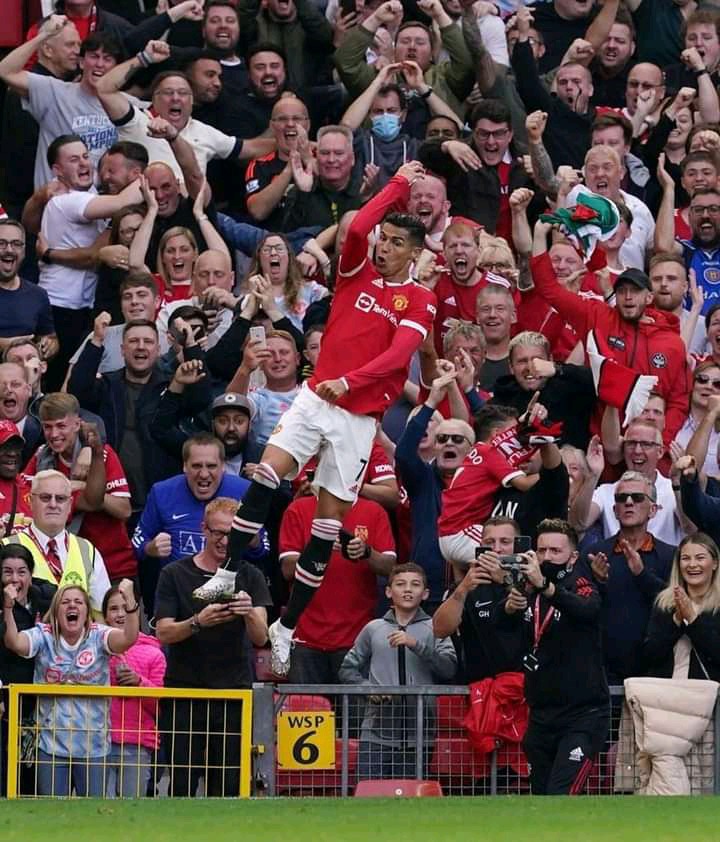 Elsewhere, the Totte-Palace London Derby had a new hero. 23-year old French nationality Odsonne Edouard stole the show. He was signed by Palace from Celtic in the just concluded transfer window. He was subbed in for his first appearance in the 84th minute and scored in the same minute before netting a second one in the 92nd minute. 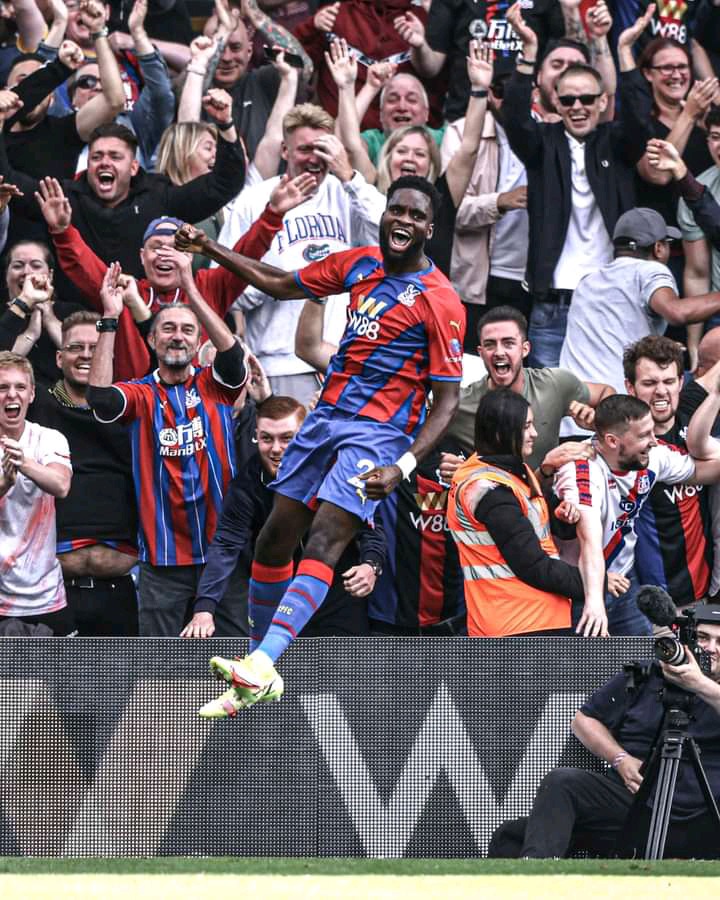 Wolves new face Hwang Hee-Chan signed from Leipzig was incredible too. He came in for action in the 63rd minute and made a brilliant strike at the 83rd minute to help Wolverhampton secure there first win in the 2021/22 campaign. 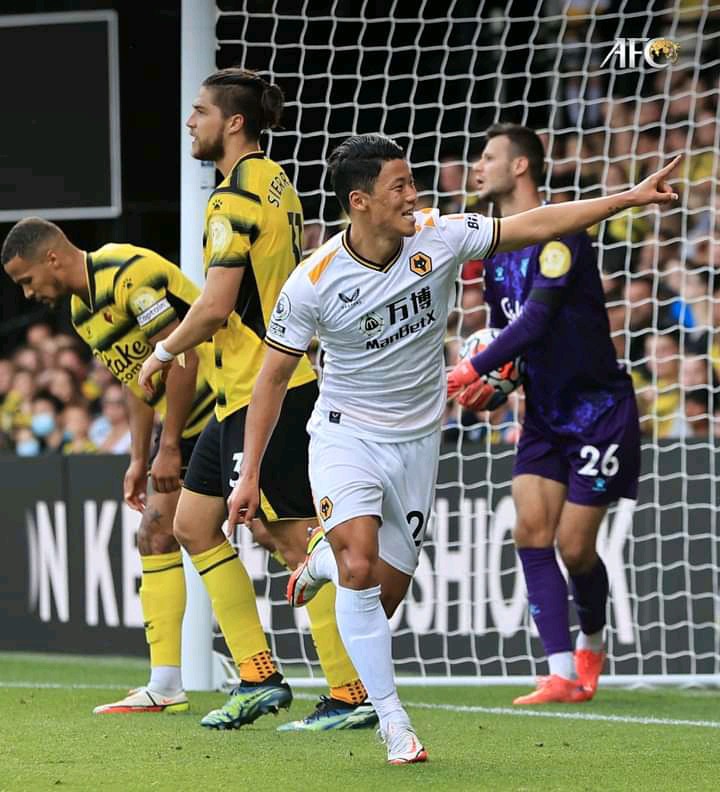